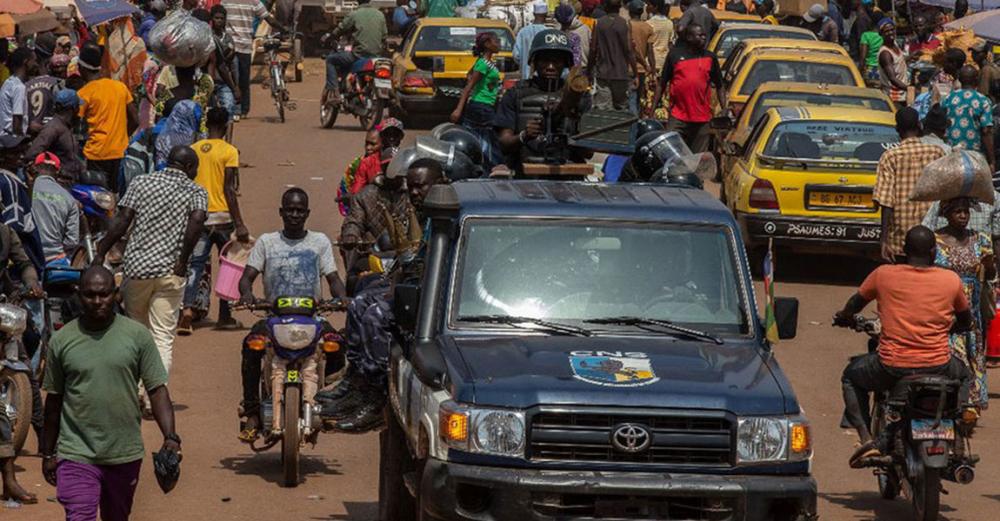 New York : Following a visit to the Central African Republic, a UN independent expert said that everyone must take all measures necessary to effectively implement the peace agreement that was signed in Bangui a year ago.

“The first anniversary of the Khartoum Peace Agreement, celebrated on 6 February, provided an opportunity for all parties to review its implementation, which will lead to a lasting peace”, Yao Agbetse, Independent Expert on the situation of human rights in the Central African Republic, said on Thursday.

In pointing out that the agreement allowed armed groups to join the Government, he said it is considered “a symbol of the unification of the Republic”.

“But”, he maintained, “for the agreement to be effective, all parties must sincerely implement its provisions, and justice measures must be taken”.

During his visit, Mr. Agbetse took note of ongoing reform of the security sector as well as the beginning of the Disarmament, Demobilization, Reintegration and Repatriation (DDRR) process whereby weapons are physically removed from ex-belligerents, armed groups are disbanded, and former combatants are reintegrated into civilian society.

He urged all involved to mobilize the necessary technical and financial resources to implement the nationwide process as early as possible.

Despite the steps already taken to improve the security situation, much remains to be done to prevent a resurgence of violence, keep young people at home, support the peace process, and punish Peace Agreement violations, according to the UN expert.

He observed that despite laudable efforts by local actors, school closures, especially in the countryside, forces children out of the education system, making them vulnerable to human trafficking and recruitment by armed groups.

Mr. Agbetse called on the National Assembly to promptly adopt several bills required by the Agreement, including on freedom of communication and the creation of a Truth, Justice, Reparation and Reconciliation Commission.

Upon being informed of the establishment of transitional justice institutions, he underscored the importance that they be “provided with appropriate resources to carry out their mission”.

“Swift and substantial assistance from international partners is essential,” he said.

He upheld that the international community continue to support the organization of presidential elections within the constitutional time frame, saying “all actors, including political parties and the media, must refrain from any hate speech and avoid inciting hatred”.

“Necessary action for a peaceful election must be taken now," concluded the UN expert.

Mr. Agbetse will present his findings to the UN Human Rights Council during a high-level interactive dialogue scheduled for 18 March.

Independent experts are appointed by the Geneva-based Council to examine and report back on a specific human rights theme or a country situation. The positions are honorary and the experts are not UN staff, nor are they paid for their work.