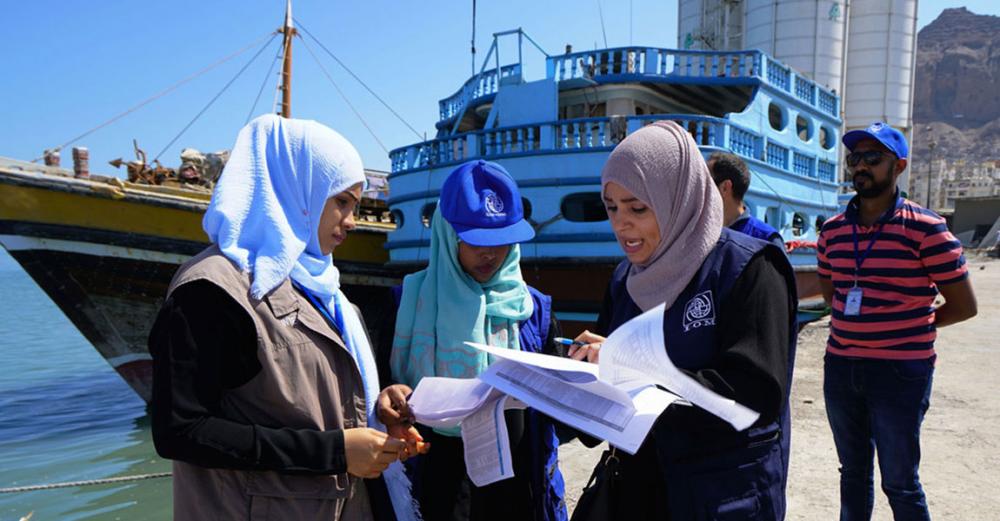 New York: When warring parties in Yemen met in a renovated castle outside the Swedish capital last December for UN-brokered talks, they showed that perhaps there could be a way out of brutal conflict and the world’s worst humanitarian crisis, the UN Special Envoy for the country said this week.

artin Griffiths sat down for an exclusive interview with UN News to review the Stockholm Agreement, the historic outcome of the talks which marked the first time in two years that the internationally-recognized Government and Houthi opposition leaders had come to the negotiating table, and talk face-to-face.

“We came out of the Sweden talks very buoyed up by the fact that for the first time ever, the two parties had made a voluntary agreement between themselves. So, we were very pleased about that”, he said.

The Stockholm Agreement resulted in a ceasefire in the rebel-held but contested port of Hudaydah, on the Red Sea, vital for the flow of food and humanitarian aid into Yemen.

At the time, the World Food Programme (WFP) called it “key” to importing roughly 70 per cent of humanitarian needs.

“Yes, certainly, there have been achievements”, Mr. Griffiths stated in his interview just ahead of a closed-door Security Council meeting on Yemen in New York on Thursday.  “People's lives have been saved, the humanitarian programme has been protected, and I think it also showed that the parties could actually agree on a different way out of a crisis.”

However, he reported that negotiations are still ongoing over re-deployments to “de-militarize” Hudaydah, where pro-Government and Houthi forces have continued to largely observe the fragile ceasefire throughout the year.

The Special Envoy also expressed grave disappointment over lack of progress on prisoner exchange, one of the key elements under the Agreement.

“Many people, and I'm one of them, believe we could have done a much better job of implementing the Stockholm Agreement in these 12 months. And it has been for many of us, but particularly for the people in Yemen for whom it's a primary issue, a disappointment in many, many ways”, he said reflectively.

The conflict in Yemen has generated the world’s worst humanitarian crisis and has pushed the country to the edge of economic decline. Roughly 24 million people, or 80 per cent of the population, require assistance, according to the UN humanitarian affairs office, OCHA.

The UN Children’s Fund (UNICEF) further reports that two million children are out of school, including nearly half a million who had dropped out since the fighting began in March 2015.

These are reasons why peace is so desperately needed in Yemen, Griffiths told UN News.

“If there is any argument in favour of the need for speed towards a political solution to this war, it is those people, those families, who daily suffer from the effects of conflict: families whose children haven't been to school for five years; families who have struggled to get food on their plates on a daily basis”, he said.
“But any political solution anywhere in any conflict—and I have had the, perhaps, awful privilege of a lifetime of being confronted by conflict—is immensely difficult.”

A ‘shift’ towards peace – no military solution

Griffiths has extensive experience in diplomacy and previously served as an adviser to three Special Envoys of the UN Secretary-General for Syria.

Moving from war to peace demands political will, which he described as a “shift” in how enemy sides view victory—and each other.

“What I believe is happening now in Yemen is that at last in Yemen, we're beginning to see that shift take place", he stated.

“We're beginning to see in the hearts and minds of those who make decisions about the war, the desire to make peace and the recognition at a fundamental level that there is no prospect for military advantage; that there is nothing to be won on the battlefield, and that there is a huge victory, of course, to be made in the terrain of negotiation.”

Griffiths stressed that peace agreements also must be inclusive if they are to succeed.

The Office of the UN Special Envoy engages with women’s organizations, as well  as civil society, in Yemen.  Its Women’s Advisory Group works to ensure they are part of any future talks towards a peace agreement.

“The power of transition, and the relevance of transition after a civil war, is that it allows those who have been marginalized by the war, who are not part of those who make decisions about how to conduct war—women are an obvious example—to get back to their place in the centre of public life”, he explained.

“We need to be held to account—the parties, and indeed us as the mediator—that these provisions will be made in that agreement.”

Despite his decades in negotiation, conflict resolution, mediation and humanitarian affairs, Mr. Griffiths stated that he is still learning on the job.

“What it really taught me very, very strongly was that there are certain issues which will not be resolved by agreements at the sub-national level; specific agreements on different places”, he said.

“We have to address the fundamental issues of sovereignty, of legitimacy, through an agreement to end the war.”

And with regards to the complex relations that exist in the de facto Government capital of Aden in southern Yemen, between Government leaders and their secessionist allies, known as the Southern Transitional Council, Mr. Griffiths had a warning.

Following a period of in-fighting between the two in August that saw the Council take control of Aden, the sides came together in the Saudi capital in early November, emerging with what became known as the Riyadh Agreement.

Griffiths hailed that at the time as “an important step for our collective efforts to advance a peaceful settlement”. In his interview with UN News, he said that it would be a “devastating blow” to long-term peace efforts if that deal falls apart.

Despite reported difficulties in the implementation of the agreement, Mr. Griffiths said it was “a bit early yet” to say it was not working.

“More importantly, I think we can see that there is interest in both the Government of Yemen and the Southern Transitional Council in making it work: perhaps not in all its aspects, but in enough to allow us, in our UN process, to mediate an end to the overall conflict.”

Photo caption and credit:
OCHA/Giles Clarke
Despite the conflict, migrants from Horn of Africa countries have come to Yemen in search of a better life. Workers from the International Organization for Migration (IOM) supervise Somali returnees as they board an IOM boat before departing Aden port, Yemen, on an overnight voyage to Bosaso in northern Somalia. (November 2018)