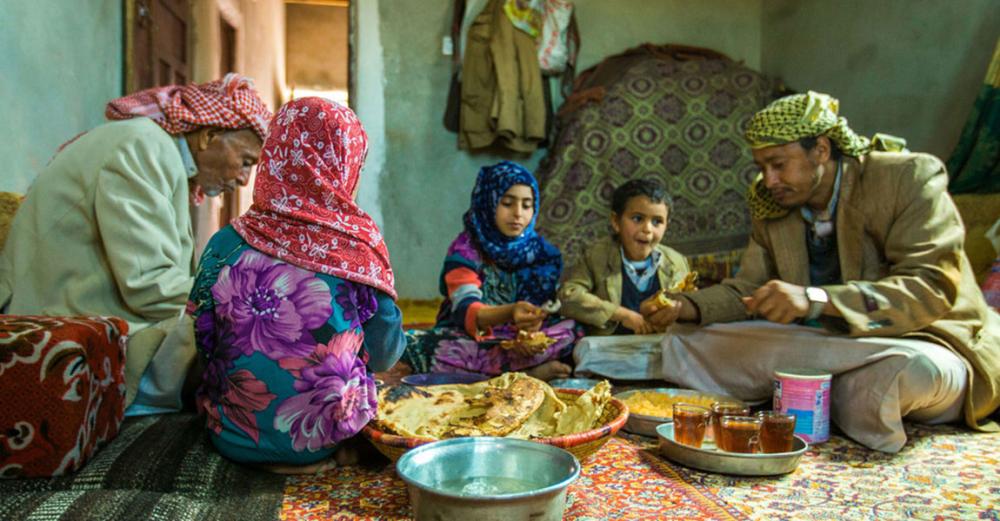 New York: The momentum to reach a political settlement in Yemen “has been building”, the United Nations Special Envoy to the country told the Security Council on Friday, attributing the positive development to compromises on “a range of issues”.

“We have seen the parties work together”, said Martin Griffiths, including on the situation in southern governorates, the de-escalation of hostilities and economic crisis facing the war-torn nation, where a Saudi-led coalition backing the Government has been trying to defeat Houthi rebel forces during more than four years of brutal fighting.

“These are not small issues”, he argued. “Reaching compromises has been no small achievement”.

Griffiths avowed that Yemen now needs “the kind of leadership that creates peace”, a leader who practices “the art or concession, of inclusion, and who encourages forbearance over entitlement”.

Since the initial uprisings against the former leadership in early 2011, the Secretary-General has used his good offices to engage with Yemeni political leaders and civil society to promote a peaceful, orderly and inclusive political transition process.

The Special Envoy said momentum was building thanks to developments such as the Riyadh Agreement, signed on 5 November between the Government and the Southern Transitional Council; a decrease in violence - with the observation that there have been 48-hour periods without airstrikes “for the first time since the conflict began” - and the implementation of the Stockholm Agreement, which among other things, has enabled fuel ships to enter the crucial port city of Hudaydah, averting a worsening humanitarian crisis.

However, he did express concern over increasing movement restrictions on the UN Mission to Support the Hudaydah Agreement (UNMHA), saying that they not only hamper the mission’s day-to-day operations but also threaten its mandate.

“I hope that the relevant authorities will take all necessary measures to ensure the freedom of movement necessary for UNMHA to carry out its mandate”, said Griffiths.

The UN envoy went on to recount two days of meetings with 20 Yemeni women leaders from across the country to discuss elements that would ensure that any political settlement take their perspectives into account.

They also illustrated the “intrinsic” and “unique” contributions Yemen’s women’s groups have made in improving local conditions during conflict.

“We know how important it is to include both a gender perspective and women’s participation in the processes of peace”, he stressed.

In closing, Griffiths reiterated that “signs of hope in Yemen…are beginning to produce results”.

He stated that Yemen’s leaders “must now ask themselves what peace should look like”.

In doing so, the Special Envoy asserted the need for Yemen’s warring parties to reach agreements on political and security arrangements to end the fighting; lead in rebuilding society and the economy; and deal pragmatically with complex political challenges that remain.

“The ground-work in addressing all of these issues must start now”, he concluded “I believe that they are ready”.

Ursula Mueller, Assistant Secretary-General for Humanitarian Affairs and Deputy Emergency Relief Coordinator, underscored that some 250 humanitarian partners are working with the UN to assist more than 13 million people across the country.

“We are delivering the world’s largest humanitarian operation”, she told Council members.

Mueller advocated for action on the five priority areas of:

Respect for international humanitarian law and the protection of civilians.
Unhindered humanitarian access.
Funding for the Humanitarian Response Plan.
Support for the economy.
Progress towards a political solution.

“If fully implemented, these steps would immediately and significantly reduce people’s suffering and help set the stage for lasting peace”, she maintained.

The Deputy Emergency Relief Coordinator welcomed the “encouraging developments” outlined by Mr. Griffiths and echoed the need for a political solution “if this crisis is ever to come to an end”.

“We welcome these steps and join millions of Yemenis in hoping they are a sign of even more progress to come”, she asserted.

Photo caption and credit:
With money received through the UNICEF emergency cash transfer project, a family from Amran Governorate in Yemen shares lunch.