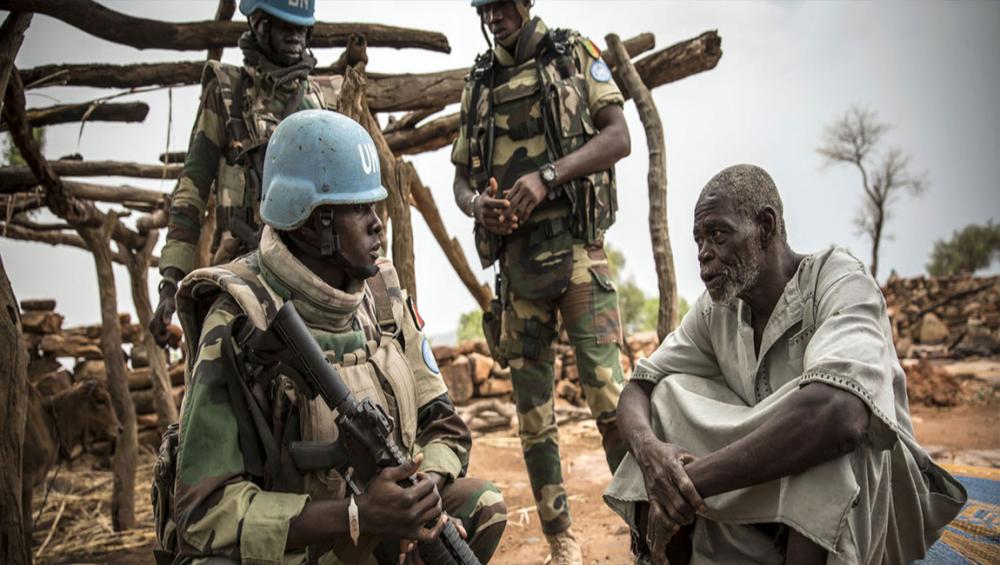 New York , Sept 10 (JEN): While peacekeeping is an “essential tool” for preventing conflict and reducing the risk of relapse, “political solutions are a prerequisite to sustainable peace”, the United Nations peacekeeping chief told the Security Council on Monday.

Today, UN peacekeepers are successful in many countries, playing “a crucial preventative role” and protecting “millions of vulnerable people around the globe”, he stated, yet challenges remain.

Mr. Lacroix drew attention to the importance of putting political solutions “at the center of this agenda”, noting that “in every country in which we are deployed and our mandates permit, our missions ‘are proactive in - and maintaining space for - political solutions to be pursued”.

He pointed to the Central African Republic (CAR), as an example of where the UN is working in partnership with the African Union (AU) and the Economic Commission of Central African States (ECCAS).

He flagged that the UN mission there, MINUSCA, has been taking advantage of its “stronger political mandate” and “robust security posture” to create an environment that led the Government and 14 main armed groups, to sign the Accord for Peace and Reconciliation last February.

A “spirit of mutual and respective responsibility is at the core ofA4P”, said the peacekeeping chief, stressing that the “volatile political and security environments” of peacekeeping missions, require “capable military, police and civilian components” to undertake “flexible and rapid deployments”, which is why UN peacekeeping is “adapting mission footprints” to ensure a more “mobile, robust, aware and integrated operational approach”.

He gave the example of the UN mission in the Democratic Republic of the Congo, MONUSCO, which has “shifted away from static bases in some locations, replacing them with rapidly deployable battalions”, or RDBs for short.

“RDBs strengthen our ‘mobility and robustness, and in MONUSCO are part of the mission’s ‘protection through projection’ concept”, elaborated Mr. Lacroix, adding that RDBs are “capable of swiftly deploying to prevent, mitigate and address protection threats as they emerge”.

These changes have been complemented by other protection measures, such as community alert networks and country support to combat impunity.

He painted a picture of “a spate of horrific attacks against civilians in Ituri province” in 2018, when MONUSCO’s RDB quickly sent out four temporary base deployments that provided “the necessary security space for civilian staff to conduct human rights monitoring and community engagement”, and offered “a degree of confidence amongst the population to allow them to return to their villages”.

The mission in Mali (MINUSMA) is “still the most challenging situation for the security of peacekeepers”, but he credited a fall in fatalities to its ability to counter the threat of improvised explosive devices, better camp protection and mine-protected vehicles.

Improved situational awareness is “another critical component of effective operations”, he elaborated, noting that Mission Peacekeeping-Intelligence Coordination Mechanisms had been established in MINUSMA, MONUSCO, MINUSCA and UNMISS (the UN Mission in South Sudan) to ensure coordination between all actors involved in peacekeeping intelligence under the leadership of the Secretary-General’s Special Representative.

More women peacekeepers are “key to improving peacekeeping performance”, according to Mr. Lacroix who maintained that they are “extremely effective in building trust with vulnerable communities, preventing tension and helping to reduce violence”.

And while their numbers have increased, it is happening too slowly.

“I call on troop and police contributors to redouble efforts to deploy more women”, he said.

Turning to sexual exploitation and abuse (SEA), the peacekeeping chief indicated that these actions undermine “our standards of conduct”, saying that “continued vigilance remains an utmost priority”.

He assured the Chamber that prevention and accountability for misconduct would be strengthened and assistance to victims enhanced.

A change for the better

In closing, Lacroix upheld that although “peacekeeping is changing for the better”, efforts must be bolstered to “support political processes” and ensure they make “a tangible difference in the lives of those we are mandated to serve”.

He committed to enhancing peacekeeping and requested that the Council visit field missions and to evaluate progress in person.

“We need your candid and field-based assessment to help us move forward and change course, if needed”, he concluded.

MINUSMA / Gema Cortes
UN peacekeepers in the Mopti region of central Mali during during a military operation in support of the authorities to protect civilians.(July 2019)