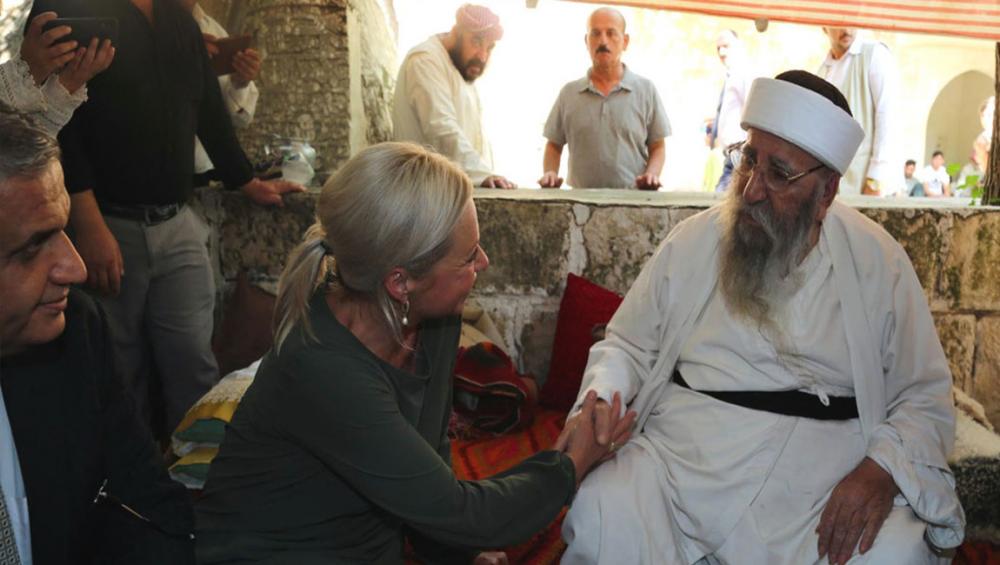 New York, Aug 29 (JEN): Although Iraq is “hard at work building on progress made to date”, a top United Nations official told the Security Council on Wednesday that decades of trouble continue to impact the present, but cautioned “we have not seen the end of it yet”.

Briefing the Council via videoconference, Jeanine Hennis-Plasschaert, the Special Representative and Head of the UN Assistance Mission for Iraq (UNAMI), told the Council that while “not to sugar-coat the current circumstances, we can all agree on Iraq’s great potential”, adding “but perseverance is key” to make the most of it.

The Special Representative stressed that Government cannot “recreate overnight miracles” in dealing with its past legacy or future challenges, driving home the point that “it needs time to deliver”.

Drilling down to specifics, she pointed out that even though “not a single woman has been appointed yet”, the Federal cabinet is nearly fully formed, which is creating “positive momentum”.

She acknowledged that “expectations are high”, particularly on review sharing Kirkukk and Sinjar, where she reported “great devastation and slow progress on the ground”.

“Rival security actors and the lack of a unified administration remain the main obstacles for progress” she updated on the northwestern area of Sinjar. Noting great restrictions on humanitarian action, she urged those involved to “put aside partisan interests to bridge difference and to place – without further delay – the needs of the people first”.

Ms. Hennis-Plasschaert also made clear that “free, fair and credible elections [expected in April 2020] are key to the revival of  public trust”, saying the UNAMI would continue to “highlight the importance of the right of universal suffrage and the need for transparency and accountability of electoral institutions and processes”.

In terms of regional politics, she maintained that although “we continue to operate in a perilous context”, Iraqi leadership must be “commended for its unwavering commitment to multilateral diplomacy” and for its determination “to bring all armed actors under State control”.

On other recent developments, the UNAMI chief spotlighted funding shortfalls as her utmost concern, lamenting that both the Funding Facility for Stabilization and the Humanitarian Response Plan are facing enormous financial gaps of $300 and $500 million, respectively.

UNAMI PIO/Sarmad As-Safy | The destruction of houses in Sinjar as well as the lack of ownership registration and occupancy documents are among the major obstacles to voluntary, dignified and sustainable returns. (August 2019)

Despite the defeat of Islamic State of Iraq and the Levan (ISIL) terrorist fighters, Ms. Hennis-Plasschaert painted a picture of a “long and complex” process ahead for the country to move forward and get back on independent footing – one that funding shortages are hindering.

The UNAMI chief stressed that Iraq’s daunting challenges did not arise overnight and “will not be resolved tomorrow” but as Iraqis press ahead, they need an engaged international community at their side.

Turning to domestic security, the Special Representative assured the Council that in the aftermath of ISIL’s territorial defeat, Iraqi security forces “continue to hunt down” remaining fighters.

Ms. Hennis-Plasschaert admitted that returning ISIL fighters, including their family members, from Syria to Iraq “continues to pose major challenges”.

While clarity on numbers, start date, security arrangements or hosting facilities upon their return currently remains aloof, she stressed that “if not suitably addressed, this issue has the potential to impact not only Iraq but also the wider region – and far beyond.

She underscored the importance of robust safeguards for detention, due process and fair trials that comply with human rights obligations not only to demonstrate commitment to justice but also as “a necessary building block for reconciliation and social cohesion” that would reduce the risk of history repeating itself.