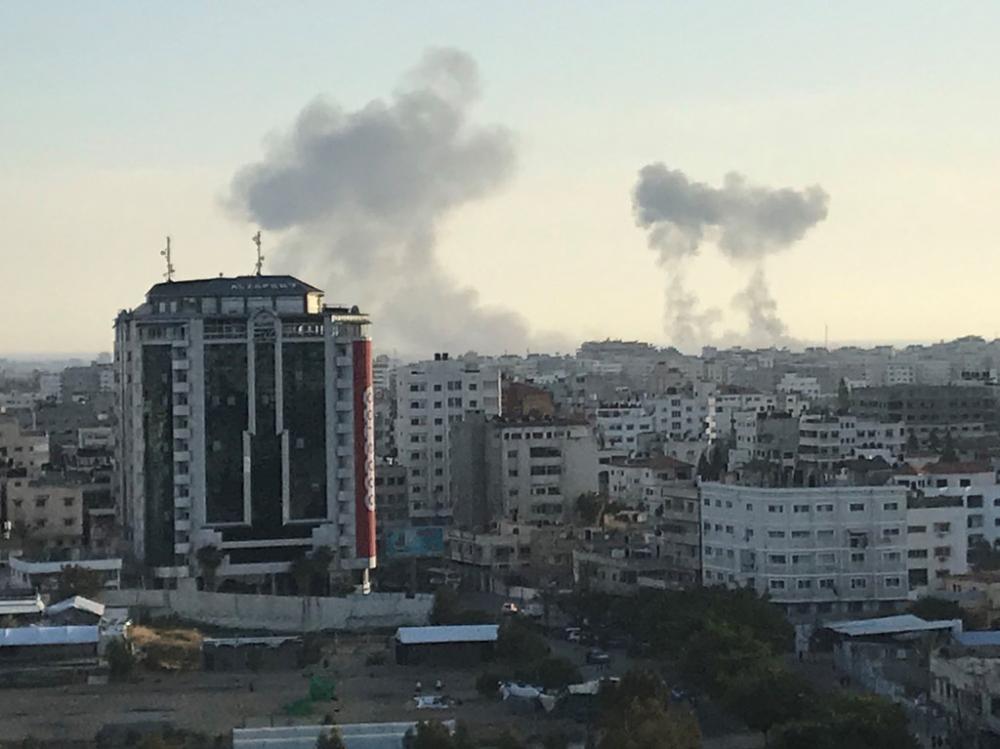 Baghdad (Xinhua/UNI) Iraq on Monday strongly condemned the ongoing Israeli airstrikes against the Palestinian people in Gaza Strip, which led to the death of many civilians and the destruction of infrastructure, the Foreign Ministry said.
"We condemn the escalation against our Palestinian people and call for an immediate intervention by the United Nations to put an end to it," the ministry said in a statement.

The ministry also called on the Arab League and the Organization of Islamic Cooperation to "hold emergency sessions to discuss the repercussions of the aggression and come out with practical stances to stop the continuous aggression and the killing against our people in the Strip," according to the statement.

Iraq affirms its supportive stance towards the Palestinian people and their legitimate rights and declares its readiness to provide all that would alleviate their suffering, it added.


Tensions ran high since the weekend as Gaza Strip witnessed the most serious fighting with Israel since Israel's military campaign in Gaza in 2014.


At least 27 Palestinians were killed, including two pregnant women and two babies and at least nine militants, according to the Palestinian Health Ministry.


In Israel, four civilians were killed, at least three of them were Israeli nationals, according to figures released by Israel's national emergency medical service.