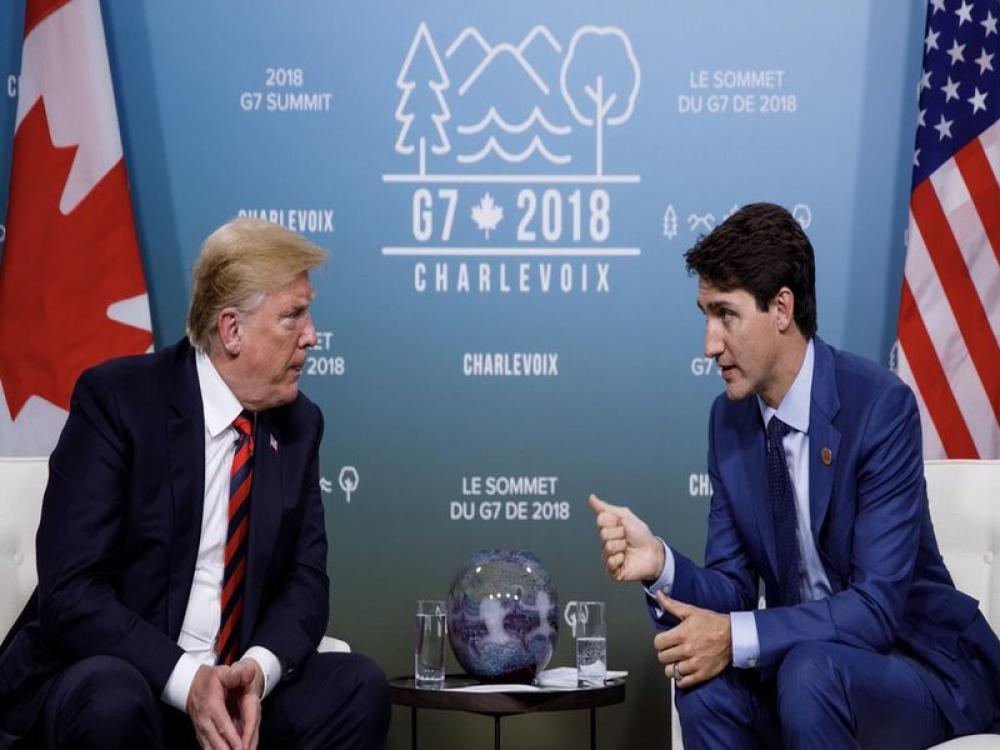 A senior government official has been quoted by CBC News, "The prime minister and the president had a very positive, productive meeting and it lasted longer than originally scheduled."

"They did discuss NAFTA at length and they discussed the future of NAFTA, and I would say they also talked about accelerating the talks."

Trudeau and Trump met amid a embittered relationship between the two nations.

However,  Trudeau said Canadian will always support its workers. In a tweet, the Canadian PM said: "We will always stand up for Canadian workers, their jobs & their livelihoods. Today at the @g7 I sat down with @realDonaldTrump for a meeting focused on trade and NAFTA negotiations."

The NAFTA is an agreement which came into force from January 1994 by Canada, Mexico and United States creating a trilateral trade bloc in North America.

Trump has alleged that the US faced severe losses in trade pacts with Canada and Mexico, the two partners of NAFTA deal.

For more than two years, US President Trump criticised the agreement and also hinted to take some serious steps being in the administration or at least send some ultimatums.

Trump reportedly wants the treaty to be more fair.

Both Canada and the US differ on the subject of climate change.