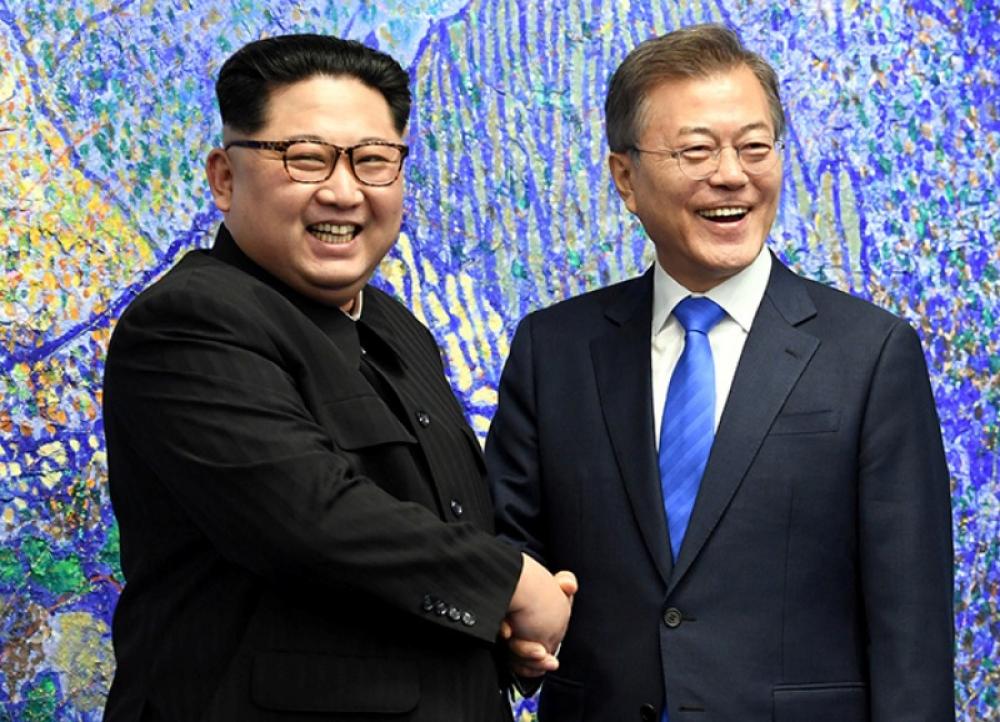 Seoul: North and South Korea will formally end a 65-year-old Korean war this year with the signing of a peace treaty, the two countries engaged in over six decades of hostilities since 1950s announced in a joint declaration Friday, scripting what is apparently a new chapter in peace in the region.

In a landmark summit, North Korean leader Kim Jong Un and South's President Moon Jae-in shook hands over the Military Demarcation Line on Friday and the leaders agreed to eliminate nuclear weapons from the peninsula.

Senior Secretary to the President for Public Communication Yoon Young-chan said President Moon Jae-in and Chairman of the State Affairs Kim Jong Un held a summit for approximately 100 minutes from 10:15 to 11:55 this morning.

Throughout the session, the two leaders had sincere and candid dialogue about the denuclearization of the Korean Peninsula, the establishment of enduring peace, and the direction in which inter-Korean relations should develop, he said.

The two sides agreed to continue having working-level consultations on a joint statement.

Earlier, Moon was the first to arrive at the border in the Joint Security Area of Panmunjom inside the Demilitarized Zone (DMZ) and then Kim reached the venue as both leaders smiled and waved and shook hands, creating a new chapter in the history of the two countries.

"Then, probably to the surprise of many, Kim invited Moon to cross the inter-Korean border to the North Korean side.The South Korean leader accepted the invitation with a broad smile, briefly crossing the border with Kim before they both returned to the South Korean side," reported Yonhap News agency of South Korea.

Moon reportedly told Kim that he was feeling 'happy' to meet him.

Writing a new chapter in the history of the two nations, Kim has become the first North Korean leader to step on South Korean soil since the end of the 1950-53 Korean War. 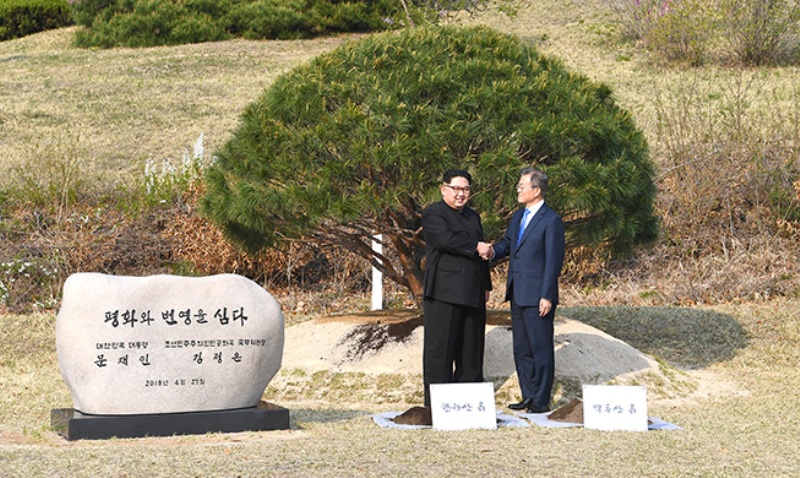 Yonhap News Agency reported: "Kim signed the visitors' log at the Peace House, the venue for the third inter-Korean summit on the South Korean side of the heavily fortified DMZ."

Official talks between the two leaders began later in the day, reports said.

The meeting between the two neighbours occurred just days ahead of Kim's scheduled interaction with US President Donald Trump.

White House spokesperson Sarah Sanders on Wednesday said the US feel that North Korea is moving 'in the right direction' on the Korean Peninsula denuclearization issue.

"We think that the maximum pressure campaign is working," Sanders said during a press conference on Wednesday.

Sanders said the US will not let up on the maximum pressure campaign against North Korea.

North Korea has announced that it will suspend  nuclear and missile tests in the country, media reports said.

The country has also decided to shut down a nuclear test site, reports said.

The announcement was made by  North Korean leader Kim Jong-un.

"The North will shut down a nuclear test site in the country's northern side to prove the vow to suspend nuclear test," it added.