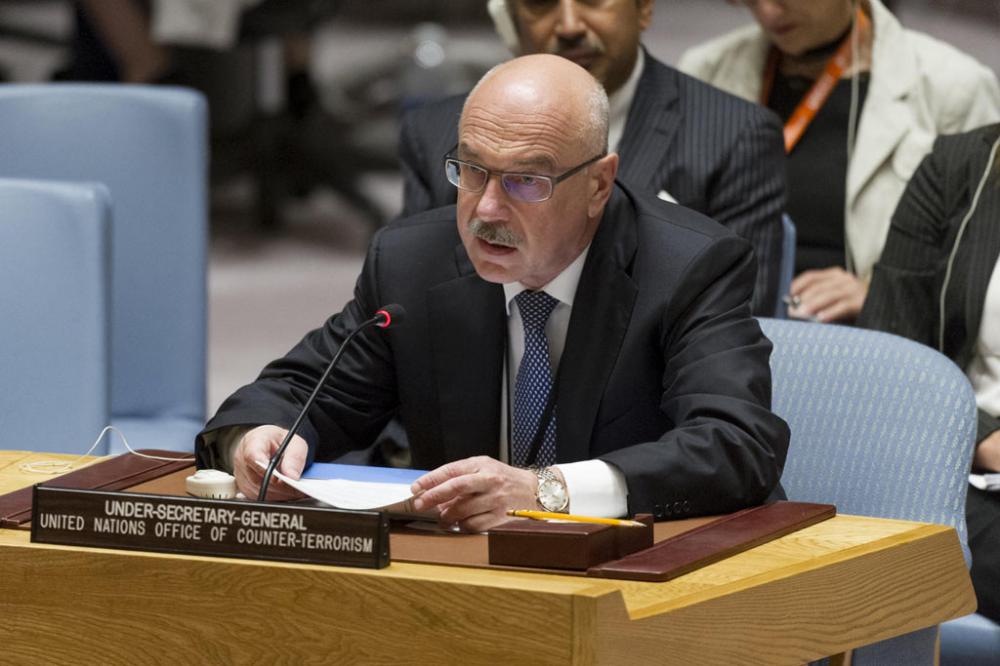 New York, Sept 29(Just Earth News): Addressing the Security Council, the head of the newly-created United Nations counter-terrorism office on Thursday outlined a framework to devise a cohesive, well-coordinated programme to support Member States as well as the priority areas of such work.

“We must recognize that there are four important spheres of UN activity that need to be aligned if we are to effectively develop a coherent and well-coordinated ‘All of UN’ framework for our future counter-terrorism efforts,” Vladimir Voronkov, Under-Secretary-General of the UN Office of Counter-Terrorism (OCT), said at a briefing to the 15-member body on the threats to international peace and security caused by terrorist acts.

These four spheres are the Security Council and its subsidiary bodies; the General Assembly; the UN Secretariat headed the Secretary-General; and the 38 UN entities that directly or indirectly contribute to counter-terrorism efforts,  Voronkov said.

On Thursday’s meeting marked the 16th anniversary of Security Council resolution 1373, which was adopted on this day in 2001, following the 11 September terrorist attacks on the United States.

He said that he had more than 50 high-level meetings with Member States and international and regional organizations last week in the margins of the General Assembly’s annual debate and that he listened carefully to the statements delivered in the Assembly, in which counter-terrorism was clearly a priority for many UN Member States.

An effective, future-oriented and balanced counter-terrorism programme to support Member States would be built on six key areas; strengthening international counter-terrorism cooperation; preventing violent extremism conducive to terrorism; addressing the terrorist use of the Internet; enhancing the foreign terrorist fighters’ threat; and increasing the sharing of information and good practices.

Also briefing the Council was David Scharia, Officer-in-Charge of the Counter-Terrorism Committee Executive Directorate (CTED), who discussed how CTED’s work can contribute to the “All of UN” approach to combating terrorism.

He said that CTED provides the Counter-Terrorism Committee, a subsidiary body of the Security Council, with neutral and independent expert assessments of Member States’ implementation of Council resolutions on terrorism. To date, CTED has conducted 133 visits to 96 Member States, including 16 this year.

“Yet, many States still do not have all counter-terrorism measures in place,” he added, expressing an expectation that the establishment of the Office of Counter-Terrorism will shorten the time period between CTED assessments and the delivery of assistance.

He noted that the entire UN system should benefit from CTED analysis, “which is probably the most updated and comprehensive research-based analysis in the UN system on counter-terrorism trends and developments.”

“Together, we have achieved a great deal since the adoption of resolution 1373 in 2001,” he said. “However, the terrorist threat continues to evolve at an alarming pace.”

CTED recently updated the Technical Guide to the implementation of Council resolutions on terrorism.