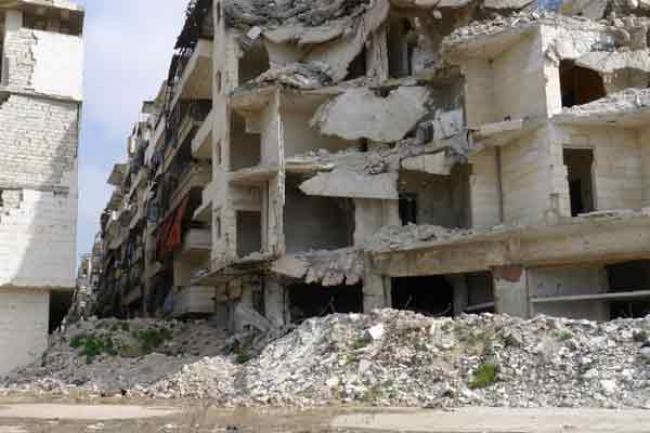 New York, Mar 11 (Just Earth News): Looking forward to the early resumption of the United Nations-facilitated intra-Syrian negotiations, the Security Council on Friday encouraged the Syrian parties to return to talks in good faith â€œand to engage constructively and without preconditionsâ€ on the agenda set out by UN Special Envoy Staffan de Mistura when they resume.

In a press statement that follows a briefing earlier this week from de Mistura, the Council welcomed the conclusion of a further round of intra-Syrian negotiations in Geneva on 3 March 2017. It further welcomed the Special Envoy’s announcement that the talks had yielded a clear agenda for future negotiations as indicated by resolution 2254 (2015), focusing on governance; constitutional issues; elections; and counter terrorism, security and confidence building measures. The members of the Security Council reiterated their commitment to ensuring the inclusion of Syrian women in the political process through sustained consultation and dialogue and promoting their full and effective participation. Recognizing that the continuation of political negotiations was made possible by the ceasefire developed through the Astana process, the Council called on the Syrian parties to fully implement the ceasefire, established pursuant to the arrangements of 29 December 2016, including ending ceasefire violations and ensuring humanitarian access. The Council also encouraged the International Syria Support Group (ISSG) members to use their influence over the parties to help end violations, reduce violence, build confidence and ensure safe, sustained and unhindered humanitarian access in line with its resolution 2165 (2014). The ISSG established respective taskforces on humanitarian aid delivery and a wider ceasefire. They have been meeting separately since early 2016 on a way forward in the crisis. Russia and the United States are the co-chairs of the taskforces and the ISSG, which also comprises the UN, the Arab League, the European Union and 16 other countries. In his briefing to the Council, de Mistura had expressed his intention “to bring the invitees back to Geneva for a fifth round with a target date of 23 March.”