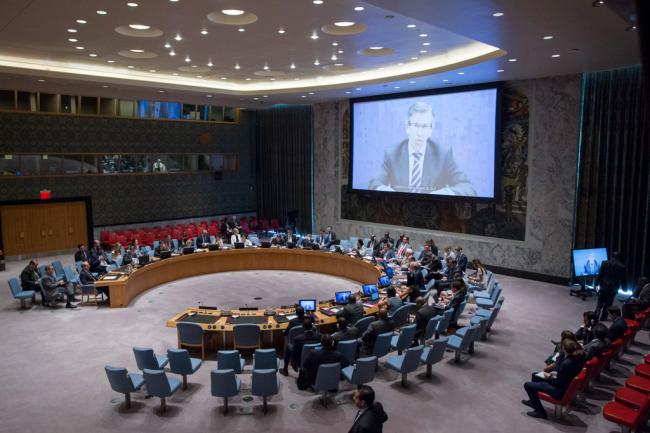 New York, Oct 19 (JEN): Recalling their statement last week which commended Libyan dialogue participants on finalizing a political agreement for the creation of a Government of National Accord, members of the UN Security Council on Monday urged all Libyan parties to endorse and sign it.

Libya has been plagued by factional fighting since the 2011 revolution, with the situation continuing to deteriorate in recent months amid significant political fragmentation and violence. Following broad consultations facilitated by UN Special Representative Bernardino León, it was announced last week that a national unity government could be proposed, which included Fayez Sarraj for the position of Prime Minister. He is current a Member of Parliament at the House of Representatives from Tripoli. In a statement issued on Monday, the members of the Security Council stressed that “the Agreement offers a real prospect for resolving Libya's political, security, and institutional crises.” They also noted that the Libya Sanctions Committee “is prepared to designate those who threaten Libya's peace, stability and security or who undermine the successful completion of its political transition,” while reaffirming their strong commitment to the “sovereignty, independence, territorial integrity and national unity of Libya.” UN Photo/Rick Bajornas