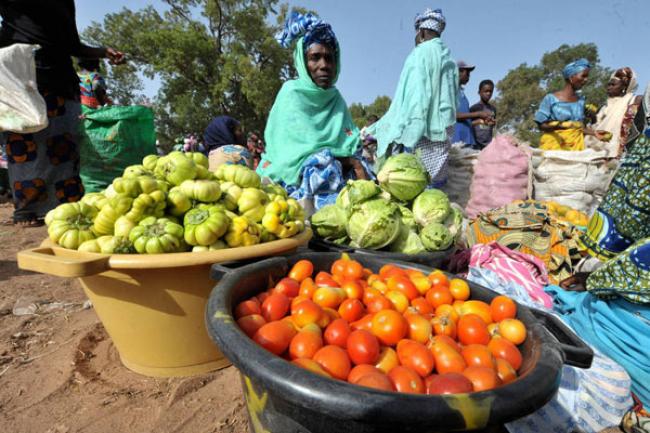 New York, Dec 2 (JEN) Honouring their outstanding progress in fighting hunger, 13 countries were commended on Monday by the United Nations Food and Agriculture Organization (FAO) on Monday for achieving food security milestones ahead of the UN global 2015 target deadline and urged continued momentum to end the suffering of 805 million people who continue to endure chronic undernourishment.

Brazil, Cameroon, Ethiopia, Gabon, the Gambia, Iran, Kiribati, Malaysia, Mauritania, Mauritius, Mexico, the Philippines and Uruguay are the latest in a growing list of countries to make great strides in combating undernourishment. “You have overcome major challenges in difficult global economic conditions and policy environments. You have demonstrated the will and mobilized the means,” FAO Director-General José Graziano da Silva said as he awarded diplomas to government officials from the above nations at a ceremony at the Rome-based FAO headquarters. The countries were recognized for the early achievement of the Millennium Development Goal 1 (MDG-1) hunger target – to halve the proportion of hungry people by 2015 – or the more stringent 1996 World Food Summit (WFS) target of halving the absolute number of hungry people by 2015. According to FAO, Ethiopia, Gabon, the Gambia, Iran, Kiribati, Malaysia, Mauritania, Mauritius, Mexico and the Philippines have now reached the MDG-1 hunger target, while Brazil, Cameroon and Uruguay have also achieved the more ambitious WFS target of halving the number of hungry by 2015. To date, 63 developing countries have reached the MDG target, and six more are on track to reach it by 2015. Of the 63 countries which have reached the MDG target, 25 have also achieved the more ambitious World Food Summit target of halving the number of undernourished people by 2015. To continue on this path, it is important to “improve the quality and efficiency of food systems, promote rural development, increase productivity, raise rural incomes, improve access to food, and strengthen social protection,” Graziano da Silva said. The UN State of Food Insecurity in the World 2014 (SOFI 2014) report, released earlier this year, identified several factors in reducing hunger including transforming political commitment into action. Brazil, the report noted, has put combating undernourishment at the centre of its political agenda with the launch of the Zero Hunger programme in 2003 which introduced social protection measures, such as cash transfers for the poor and national school meals. In several countries – including Ethiopia, Gabon, the Gambia, Mauritania, Mauritius, and the Philippines – the achievement of the internationally established goals is attributable to economic growth and the policies put in place by governments over the last two decades. Interestingly, Cameroon achieved the WFS goal despite several hindering factors including fragile political and security conditions in neighbouring countries and frequent droughts and floods. The WFS goal was set in 1996, when 180 nations met in Rome to discuss ways to end hunger. The MDGs were established by the international community following the adoption of the UN Millennium Declaration by the UN General Assembly in September 2000.

A woman selling vegetables in the Gambia, one of the countries honoured by FAO for progress in fighting hunger. Photo: FAO/Seyllou Diallo