Geopolitics
Art & Culture / Entertainment
Every piece of music has a gender and personality: filmmaker Jennifer Kramer 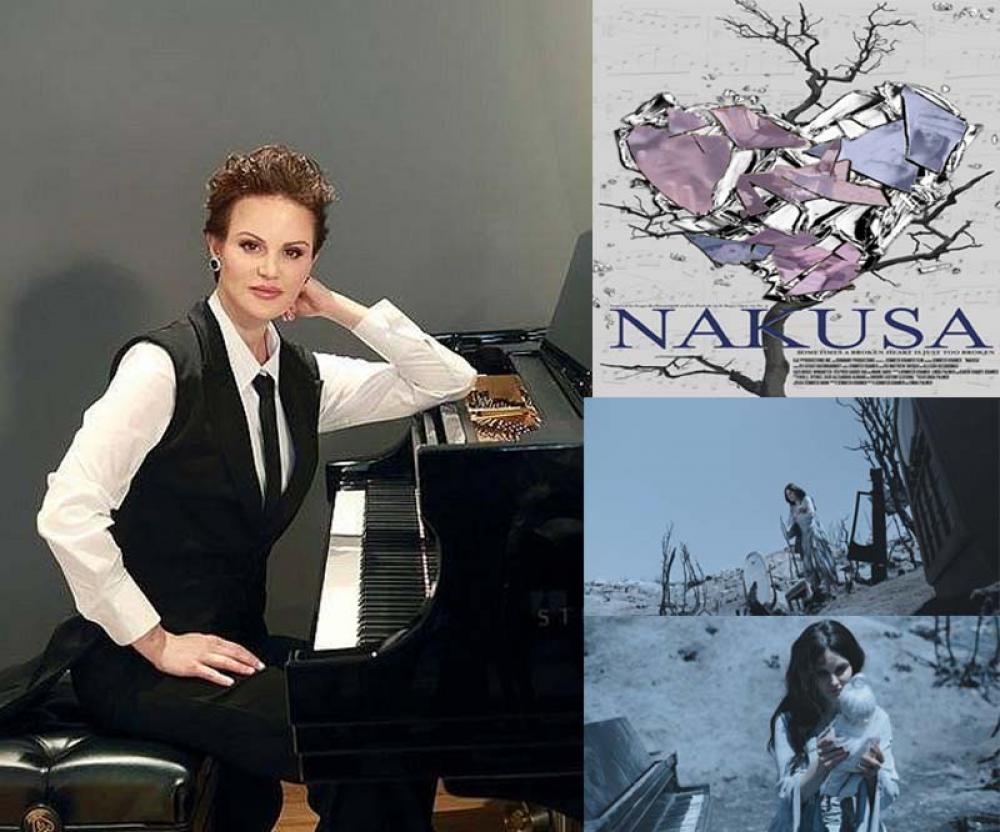 Jennifer Kramer is an auteur filmmaker who combines multiple talents into a unique and original filmmaking style. Her short film NAKUSA is the first in a series of shorts that combine music, social issues, and avante garde storytelling. During an e-mail interview with Jennifer, Asha Bajaj had an opportunity to learn about her various talents and skills

Excerpts of the interview:

My passion for classical music goes back to my childhood. A friend in grade school played pieces by Mozart, Bach, and Beethoven and I was fascinated.

She was my childhood idol. We had a piano at home and I started to play by ear to imitate her. I would get the books she graduated from and with the help of a musical chart pluck out the notes of the pieces she had previously played for me. This gave way to me composing my own pieces.

I really started as a self-taught composer and loved composing for important people in my life that I admired.

Unfortunately, I never learned to read music so there really is very little record of the music I composed because I could not notate it. I kept it all in my memory or on little cassette tapes. I originally thought that I might compose for film because my family is in that industry.

I have been an actor since my childhood playing parts in television and film.  Both my mother and sister are actors and my father a producer/director. So, I guess it was in my genes. But, I worried about how to create my own identity since my whole family was in the entertainment industry. But in high school, I started to take the craft of acting very seriously and auditioned for the Carnegie Mellon acting program and was accepted. So, I went and began serious training. I also studied in New York at a school called the New Actor’s Workshop that director Mike Nichols taught at.

In New York, I found my own identity training in the theater and loved the discipline and intensity of playing challenging roles on the stage.

How do you blend your passion for music and performing art with your training and education in theater and dramatic arts?

The combining of both art forms came later. After a serious bout with Lymphoma, my acting career was stalled because I was undergoing treatments.  During this difficult phase, I longed to compose again and met a very prestigious concert pianist and teacher. He had never taught anyone that did not read music but luckily for me, he decided to take me on. I began very intense concert training.  I learned to read music and soon I was up playing in his student recitals amongst all of his prodigious future concert artists.

This changed my life completely and was the beginning of finding my true self, I guess, of blending all my acting and musical abilities into a unique kind of auteur filmmaking.

You are the writer, co-director, and actor of the film, ‘Nakusa.’ What challenges you had to face while juggling these triple roles for the film?

I actually enjoyed juggling all these roles very much because I was in charge of the vision for the piece. The only challenge is if people don’t like it you have to take responsibility for it and there’s no one else to blame for why it didn’t work.

What inspired you to the film NAKUSA with its theme of trauma which pierces the hearts and souls of the viewers? What does the title of the film ‘Nakusa mean’ and what is its relevance to the theme of the film?

The creation of NAKUSA and the theme of trauma came from Rachmaninoff himself and his composition Prelude in D Major opus 23 no. 4. In 1897, Rachmaninoff suffered a severe mental collapse after his first symphony was rejected by critics and the public. This led to years of crippling writer’s block and an overall disability to compose. This seed of Rachmaninoff’s emotional trauma led to the creation of Nakusa - a disabled girl also traumatized by rejection.

As is true with all music and art - there lives inside of it the soul of its creator.

In his Prelude in D Major -  I hear great beauty but also suffering which is ethereal and haunting. All of these elements musically and harmonically informed and inspired the look and sounds of the film.  The score is like a script with many clues inside of it that informed all my choices.

In my own life, I have also experienced trauma so it gave me particular insight and sensitivity into Rachmaninoff’s pain and the character of Nakusa.

The name Nakusa means “unwanted” and is the name given to girls in India who are not born male. Because of this name, these girls suffer severe psychological damage and have a deep-seated feeling of unlovability which is the soul of my film.

You also create, write, and design all of your performances, art pieces yourself based them on classical music pieces. How do you visualize the blending of music composition and acting?

To me, every piece of music has a gender and personality. The key and rhythm all give me clues to how a character will walk, talk, think and feel. The music is my script and the notes like words give to me who that character is.

Describe with examples how you contribute your skills, talents, and your commitment to music to the world?

Like all serious musicians, I am always working to improve my skills and expand my repertoire. I have a unique perspective into the “classical music world.” I share the same intense level of training and pursuit of excellence as other serious pianists but none of the limiting blinders. I feel lucky that I already knew who I was before I started serious musical training.  It has enabled me to have a unique perspective and given me real freedom to take risks because I wasn’t conditioned at a young age.

I am committed to always strive for excellence in my playing.  I also want to encourage others that they have value and a voice even if they don’t fit the box. This is very important for artists. Differences are strengths, not weaknesses.

I feel like my life so far has been preparation for more meaningful accomplishments. Although I have been a finalist in a couple of concerto competitions and was cast in some roles in theater and films in my past,

I'm not one to promote any past achievements because I am always looking forward to the future and just coming into my true artistic identity.

Ask me this again in a few years....hopefully, I will have a better answer. My main achievement is that I have survived and I have a vision for myself. It's just the beginning...

What are your future plans to showcase your multiple talents and skills?

Nakusa is the first short in a series. My next one is completely different - more daring and a comedy! I hope to complete this series and then move into features, as well. I have a couple of feature-length screenplays that are not music-based but I plan on composing original music for those. I also hope to do more solo concerts and recordings. Of course, I am also more than happy to act in someone else’s films if the role interests me and they want me. I am just grateful if I am able to continue creating. It is a great gift and my ultimate purpose.