Geopolitics
Aid
With ‘so much at stake’ in crisis-torn South Sudan, UN and partners launch $1.72 billion appeal 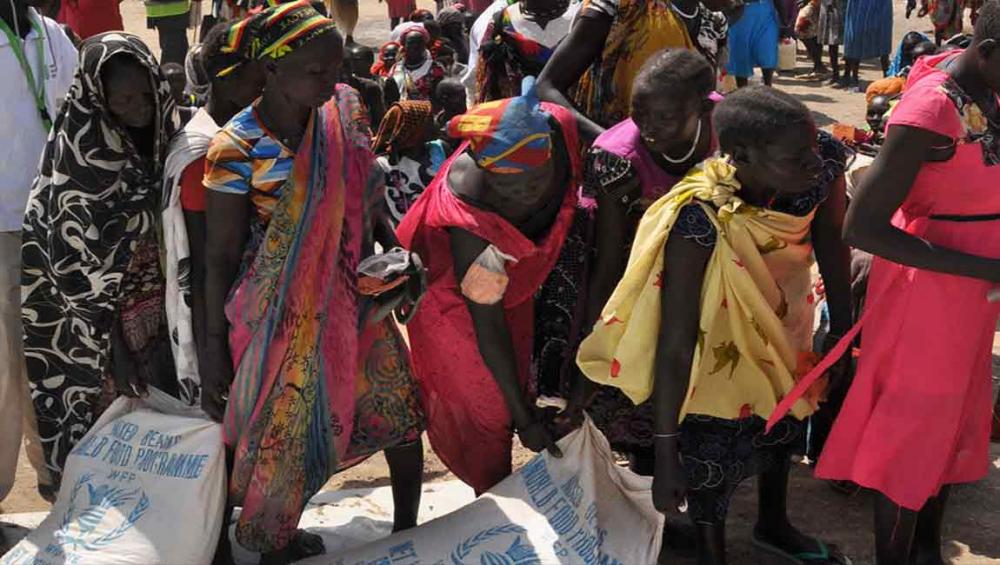 “There is growing need for humanitarian assistance with displacement, food insecurity, malnutrition, violence and economic decline taking a toll on the health, safety and livelihoods of people in need,” stated Alain Noudéhou, the Humanitarian Coordinator for South Sudan in a news release issued by the UN Office for the Coordination of Humanitarian Affairs (OCHA).

“On Wednesday, we are calling for $1.72 billion to continue providing life-saving assistance and protection for six million people most in need in South Sudan,” he said, emphasizing the plan’s focus on protecting vulnerable groups, especially women and children.

Since the conflict in began in December 2014, about four million people have been forced to flee their homes, including nearly 1.9 million internally displaced and about 2.1 million in neighbouring countries.

As the conflict continues in parts of the country, hunger and malnutrition rates have risen and, without early actions, thousands of people in multiple areas risk famine.

According to the South Sudan Integrated Food Security Phase Classification, an earlier than normal start of the lean season will result in an estimated 5.1 million people, or 48 per cent of the population, being classified as severely food insecure between January-March 2018.

Despite these challenges, the South Sudan humanitarian operation continues to reach millions in need across the country. As of end-November, aid organizations had reached more than five million people since the year began.

Noudéhou thanked South Sudan’s donors, who contributed over 70 per cent of the plan for 2017 and called on all stakeholders to play their roles in alleviating the suffering. He highlighted the enormity of the challenge and the collective efforts for a rigorous prioritization to ensure the effectiveness of the response.

“With our collective and coordinated efforts, we will be able to effectively provide much needed assistance to the people in need. Children will remain in school. Many more will survive diseases. Livelihoods and hope will be restored. There is so much at stake,” stressed Noudéhou.