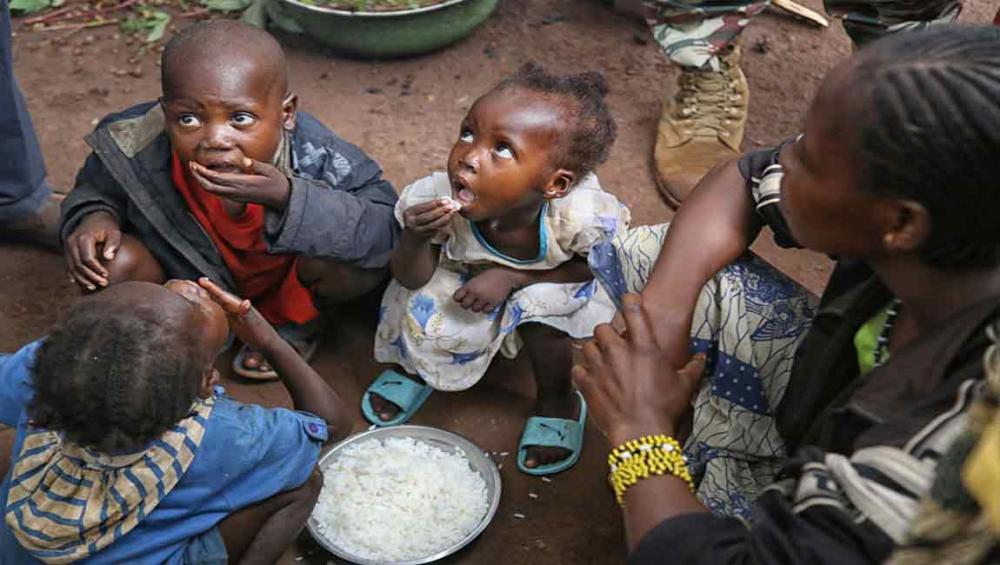 New York, Nov 10(Just Earth News): One out of every four people in Central African Republic (CAR) is either displaced or living as a refugee in another country, a senior United Nations official said Thursday, urging the international community to provide more resources for a humanitarian plan that up to now is only partially funded.

“The aid community has very limited capacities and is struggling to provide basic services” outside of the main two cities, Najat Rochdi, told journalists in New York, saying the situation hinders on “life and death.”

Briefing on the latest humanitarian developments in CAR – where she is the Deputy Special Representative for the UN Multidimensional Integrated Stabilization Mission (MINUSCA) and UN Resident Coordinator –  Rochdi said the nearly $500 million Humanitarian Response Plan for 2017 is only about 39 per cent funded.

“This is not the time to give up on the people of CAR,”  Rochdi said, highlighting “unprecedented levels of hunger” in a country where people are dependent on agriculture, and where women and children are particularly vulnerable.

In addition to food, one of the main concerns in CAR is the lack of medicines and access to healthcare. Some 60 per cent of the health structures are managed by international organizations and non-governmental organizations, according to on Thursday’s briefing.

“Underfunding hampers the ability to respond,” said  Rochide. “Failing to address the current needs will hamper all;” affecting not only the country but the entire central African region.

She pleaded for the international community to “leave no stone unturned and leave no one behind.”

The security situation continued to deteriorate since May 2017, relapsing into violence that could lead to peak levels not seen since 2014, “some along ethnic lines”, said  Rochdi.

She warned that the high number of people displaced from their homes renders reconciliation between the predominantly Muslim and the predominantly Catholic communities, as well as rebuilding services and homes destroyed in the fighting, extremely difficult.

UN Secretary-General António Guterres visited CAR last month, highlighting a crisis that he said had been largely forgotten by the international community. During the visit, he travelled to the PK5 area, a traditionally Muslim section of the capital Bangui, that had been the site of violence. He also met with local Christian leaders who spoke of reconciliation.

Peacekeepers from MINUSCA are working to protect people from communal tensions and stabilize areas where fighting had taken place.