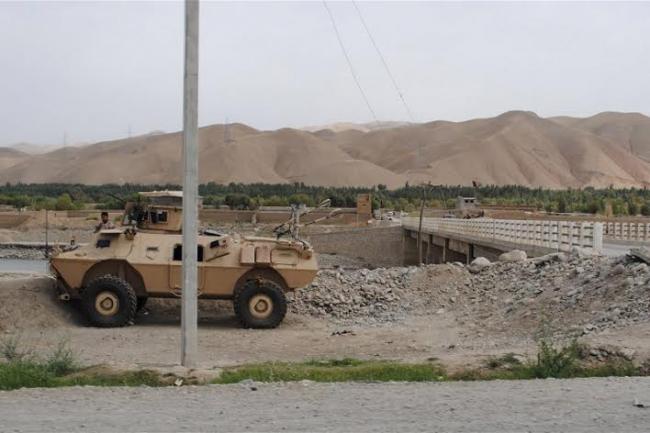 New York, Oct 10 (JEN): Afghans who fled fighting in Kunduz have received bread baked from wheat flour fortified with vitamins and minerals along with other food supplies, but the World Food Programme (WFP) is â€œseriously concernedâ€ about the safety and food security of people remaining in the north-eastern province.

“WFP is assessing the situation in coordination with other humanitarian partners, and we are ready to extend our assistance to Kunduz as soon as the security situation allows us access,” said Angelline Rudakubana, Deputy Country Director and Officer-in-Charge for WFP in Afghanistan. In a press release issued in the Afghan capital of Kabul, WFP said it has started distributing enough food for a month to more than 150 families who fled to the northern city of Mazar-e-Sharif, while food is being dispatched for nearly 950 families displaced to Taluqan city, the agency said. WFP said it has also provided emergency supplies of wheat flour fortified with vitamins and minerals to the Afghanistan National Disaster Management Authority (ANDMA Afghanistan National Disaster Management Authority), which contracted bakeries to make bread for displaced people. “So far 1,800 people in a camp in Mazar-i-Sharif have received bread,” the agency said. “Additional wheat is being milled in anticipation of increased needs in the coming days.” But the WFP official said: “right now, we have the capacity to provide one-month of rations to approximately 12,000 families in the region. This will, however, require a diversion of resources from our existing programmes, and we are urgently looking to donors to fill the gap.” WFP is funded entirely by voluntary contributions and the crisis in Kunduz comes as the agency struggles with an existing budget shortfall in Afghanistan, according to the agency. Some $30 million is urgently required as winter approaches, WFP said. Between the outbreak of fighting on 28 September and the closure of the Kunduz Airport two days later, WFP said it helped evacuate nearly 200 aid workers and their families to safety. “WFP is seriously concerned about the safety and food security of people remaining in Kunduz, as fighting intensifies,” it said. In 2015, WFP Afghanistan plans to assist 3.9 million vulnerable Afghans in all 34 provinces of the country with food assistance through various projects, including assets creation, school meals, vocational skills training and nutrition support. Photo: Bethany Matta/IRIN