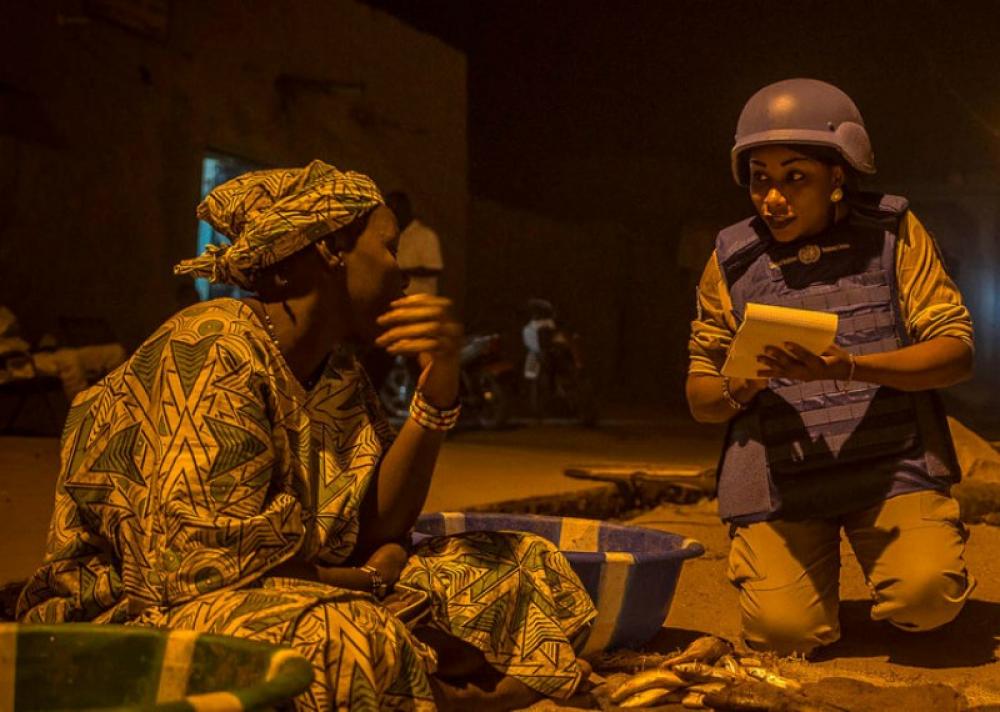 New York: Top cops from across the globe are meeting at United Nations Headquarters this week to chart a vision for the police components deployed to UN peacekeeping missions.

They are taking part in the two-day UN Chiefs of Police Summit (UNCOPS) which aims to build up the relationship between UN and national policing efforts, strengthening the overall response to transnational threats to peace and security, among other objectives.

More than 11,000 officers from 89 countries currently serve as part of 16 UN operations worldwide; just 10 per cent of them are women.

In his address to the opening ceremony on Thursday, Jean-Pierre Lacroix, head of the UN Department of Peacekeeping Operations, shone a spotlight on the heroism and bravery of these men and women, who are known as the “blue berets”.

“The long-term political horizon – in places like South Sudan, Mali and the DRC (the Democratic Republic of the Congo) – is unclear. ““Our UN Police colleagues are operating under difficult security and political conditions.  Increasingly, our blue berets are serving in contexts where there is no negotiated political settlement in place,” he said.

Lacroix reported that peacekeeping overall is subject to increasingly dangerous conditions, such as the threat posed by armed groups and extremists.

And while peacekeeping remains a cost-effective means towards achieving sustainable peace and security, he said it is not always seen as a priority.

Ministers, police representatives and other experts from up to 193 countries are attending the summit, and the UN peacekeeping chief appealed for their support.

He called for greater political engagement and said it was vital to avoid or mitigate conflicts before they escalate into a full-blown crisis.

Countries were also asked to provide more French-speaking police officers, both women and men, with particular areas of expertise, such as a track record of tackling serious and organized crime.

As safety and security of UN personnel is another challenge, he said steps were being taken in this area.

UN Police is an integral part of UN Peacekeeping, which celebrates its 70th anniversary this year.

The officers help to build and support their national counterparts in post-conflict countries to create the conditions that will allow sustainable peace and development.

For example, in Haiti they currently provide mentoring and strategic advice to senior- and middle-level management, while also helping the country’s police to build trust with local communities.

UN Police saw its first deployment in 1960, to the then Congo, under a UN mission whose mandate included ensuring the withdrawal of Belgian troops following independence, and assisting the government with maintaining law and order.