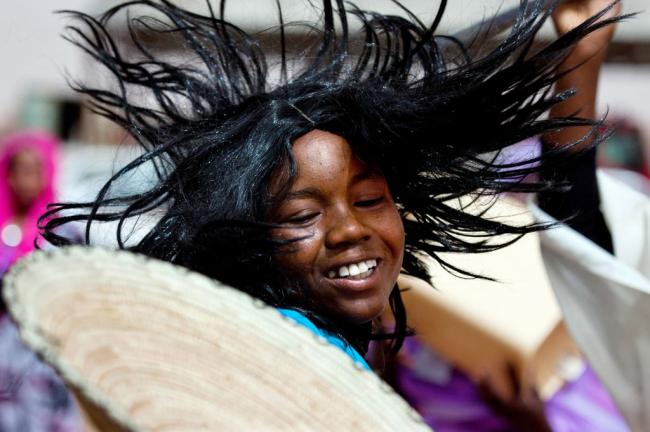 New York, Mar 21 (JEN) Happiness for the entire human family is one of the main goals of the United Nations, Secretary-General Ban Ki-moon declared, as the Organization kicked-off its global celebrations marking the annual observance of the International Day of Happiness.

“Peace, prosperity, lives of dignity for all – this is what we seek. We want all men, women and children to enjoy all their human rights. We want all countries to know the pleasure of peace,” the Secretary-General said in his message for the Day. “We want people and planet alike to be blessed with sustainable development, and to be spared the catastrophic impacts of climate change.” In April 2012, the UN held a high-level meeting on “Happiness and Well-Being: Defining a New Economic Paradigm” at the initiative of Bhutan, a country which recognized the supremacy of national happiness over national income since the early 1970s and famously adopted the goal of Gross National Happiness over Gross National Product (GDP). In July of that year, the UN General Assembly proclaimed 20 March the International Day of Happiness, recognizing the relevance of happiness and well-being as universal goals and aspirations in people's lives and the importance of their recognition in public policy objectives. As part of its effort to emphasize the importance of happiness in daily life, the UN along with global music streaming service MixRadio has launched the #HappySoundsLike campaign, appealing to the global citizenry “to nominate a song that brings a smile to your face.” The campaign seeks to seize the power of music and “inspire hope for a better on Satrurday ” as it encourages people to suggest songs that best represent the feeling of happiness. Ban nominated his Messenger of Peace Stevie Wonder's song “Signed, Sealed, Delivered” to the playlist, adding that to him #HappySoundsLike a new climate deal and an agreed set of sustainable development goals, both on the agenda of world leaders for later this year. Celebrity advocates including Charlize Theron, Lang Lang, Michael Douglas, Angelique Kidjo, along with internationally-acclaimed artists such as James Blunt, Idris Elba, David Guetta, John Legend, Cody Simpson and Pharrell Williams, will also contribute to create the world's happiest playlist, which will be launched on Friday . “Let us give thanks for what makes us happy,” Ban stated. “And let us dedicate our efforts to filling our world with happiness.”   UN Photo/Albert Gonzalez Farran