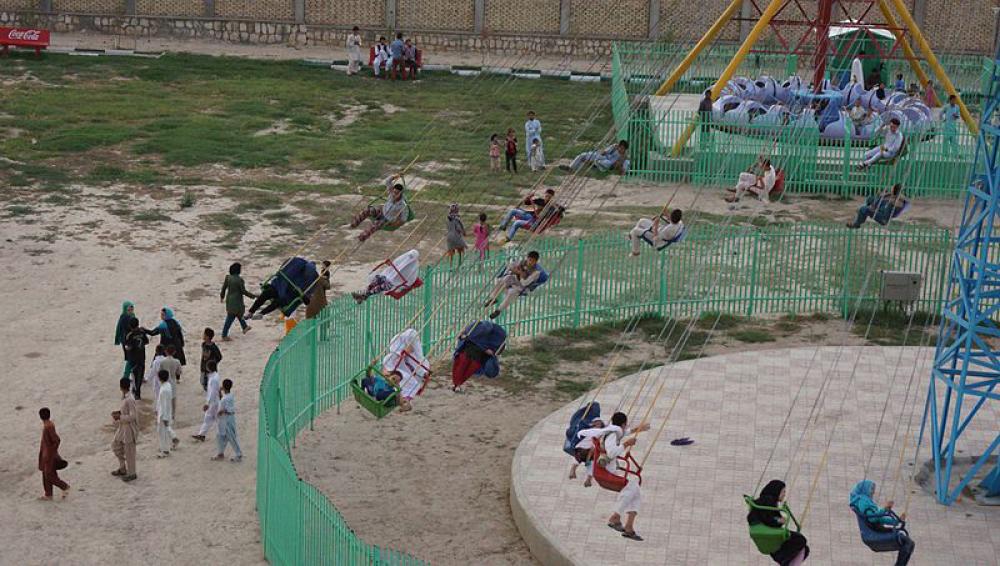 File image of a park in northern Afghanistan by Julian-G. Albert on Flickr via Wikimedia Commons

Brussels: The European Union has condemned the additional restrictions imposed by the Taliban on women’s freedom of movement, including the newly announced rules barring women from entering public parks and gyms.

"These restrictions come in addition to the already severe violations by the Taliban of the rights of Afghan women and girls – in contradiction to Taliban’s own initial promises. Afghan women and girls remain deprived of secondary education, face restrictions in their travel and movement, and are excluded from most aspects of public and economic life," EU said in a statement.

"The EU calls on the de facto authorities to honour Afghanistan’s obligations under international law, in particular human rights, refugee and humanitarian law, and to ensure respect for human rights and fundamental freedoms of all the Afghan population," read the statement.

The Taliban government of Afghanistan has now restricted women’s access to public parks in the country, an episode showcasing the hardships imposed on women by the regime.

Taliban’s Ministry for the Propagation of Virtue issued the statement and following that women were prevented from entering parks in Kabul.