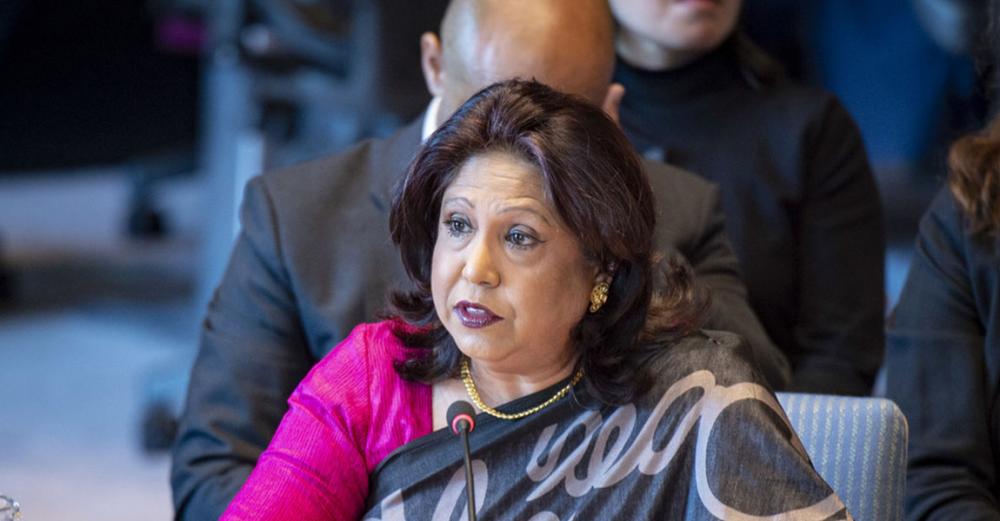 New York : The expert leading UN efforts to stamp out sexual violence committed during wartime has welcomed the release of 78 women and 50 children by an armed group in South Sudan.

They were among more than 500 women and children abducted between April and August 2018 by the pro-Riek Machar Sudan People’s Liberation Army in Opposition (SPLA-IO RM) and subjected to repeated rape, sexual slavery and forced marriage.

“This release is an encouraging and long-awaited development, in a context of prevailing insecurity and immense operational, logistical and resource constraints,” said Pramila Patten, Special Representative of the Secretary-General on Sexual Violence in Conflict, in a statement issued on Tuesday.

South Sudan, the world’s youngest country, has been marred by years of conflict and instability following a political crisis which led to conflict between supporters of President Salvar Kiir and Mr. Machar, his former deputy, in December 2013.

The two leaders were expected to form a unity government last November, in line with a September 2018 peace deal, but the deadline was extended to this month.

Patten said the release of the abducted women and children followed months of negotiation between Mr. Machar and his local commanders and her Office, the UN Mission in South Sudan (UNMISS), and its Senior Women Protection Adviser.

“When I met with Dr. Machar last year, I expressed my grave concern about the plight of these women and children, many of whom were reportedly subjected to systematic and brutal forms of conflict-related sexual violence”, she said.

“As a result of our discussion, he issued a command order calling for the release of all women and children held against their will and their transfer to the United Nations and its civil society partners. This order was in line with the Unilateral Communiqué on the Prevention of Conflict-Related Sexual Violence, which was signed by the SPLA-IO in 2014 in the framework of my mandate”.

The women and children who were freed had been held for many months in military bases in the Western Equatoria region of South Sudan.

They are currently being supported by the UN and its civil society partners and have been referred for medical and psychosocial support.

Several of the women are pregnant and also have been referred to prenatal healthcare facilities.

Patten said their release is encouraging other women and children to come forward and seek support.

Her Office will continue to advocate for the release of the remaining abductees being held in Western Equatoria.

Photo caption and credit:
UN Photo/Loey Felipe
Pramila Patten, Special Representative of the Secretary-General on Sexual Violence in Conflict, addresses the Security Council meeting on women and peace and security, with a focus on sexual violence in conflict. (April 2019)