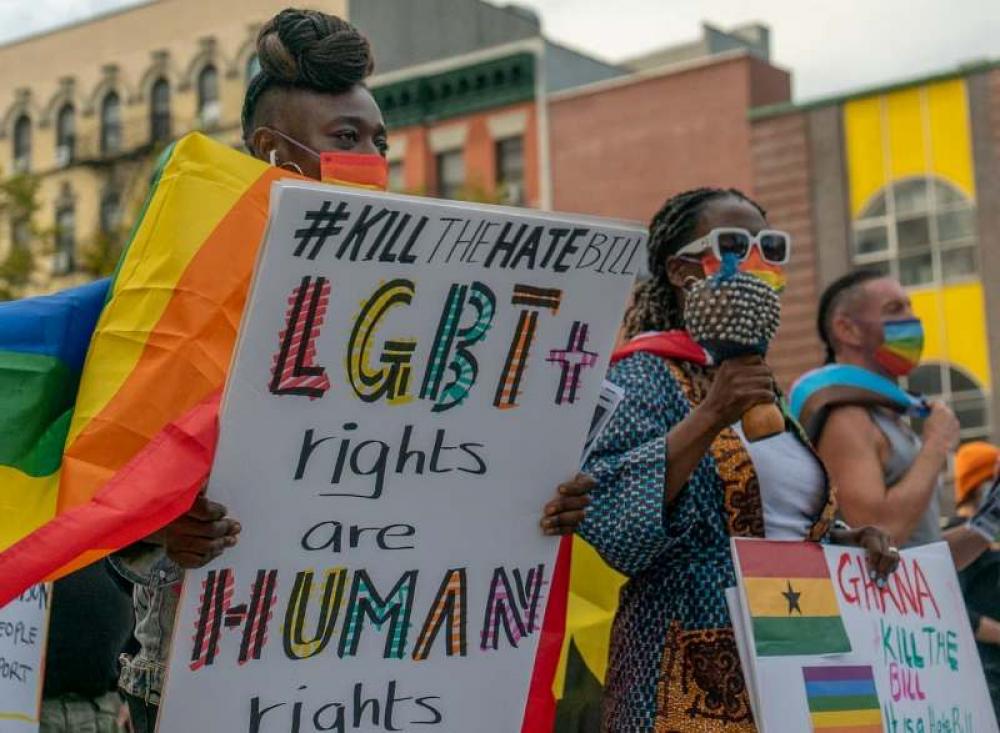 Accra, (JEN): Ghanaian President Nana Akufo-Addo on Thursday urged patience and a need for civil-debate even as the country's parliament looks hell-bent to pass a controversial anti-LGBTQIA bill, that will add to the woes of the community and those advocating for it.

Gay sex is already punishable in Ghana with prison sentence lasting up to three years.

The proposed bill, if passed, will lengthen the sentences to five years. Additionally, anyone advocating for the community and LGBTQIA rights will face up to 10 years in prison. Online platforms deemed to be supportive towards the community will also face prosecution. The bill has prescribed medical procedures for intersex children, a requirement for families and teachers to report queer relatives and students or be subject to jail time, and even an extradition clause to nab Ghanaian activists abroad.

Ghana is considered one of the more human rights friendly countries in Africa, however, the problem lies in its Christian conservative nature.

The Church has long been a foe of the LGBTQIA community. In Ghana, leaders of major churches have joined hands in denouncing homosexuality as a “perversion” and have demanded laws to right the 'wrong'.

Speaking about the church, Abena Hutchful, a Ghanaian who identifies as queer and co-organized a recent protest against the bill in New York City, told the Associated Press: "Their role in perpetuating queerphobia and transphobia is clear and it’s very troubling and dangerous."

Graeme Reid, director of Human Rights Watch’s LGBT Rights Program, called the bill 'a case study in extreme cruelty'. "The bill’s strongest supporters claim to be doing this in the name of religion," Reid said.

The bill, according to reports, has been drafted after talks with prominent religious leaders. Those supporting it are Christian Council of Ghana, the Ghana Catholic Bishops’ Conference and the country’s chief imam.

The AP quoted Archbishop Philip Naameh, president of the bishops’ conference, as saying: "We don’t accept murderers, why should we accept somebody who is doing sex in a sinful way? If you take a stance which is against producing more children, it is a choice which is injurious to the existence of the Ghanaian state."

Earlier in 2021, Rev. Dr. Cyril Fayose, the secretary general of The Christian Council — whose members include Methodist, Lutheran, Presbyterian and Anglican churches- had said: "Homosexuality is not a human right and we reject it in all uncertain terms."

The Ghanian President, who has been a critic of same-sex marriages in the past, even saying that it would never be legalised in the country during his tenure, said he hoped for a civil debate.

Speaking to radio station Peace FM, "What I would hope for is that the debate itself be civil, that we will recognize the need for us to be tolerant of each other even when there are opposing views."

"I think it will be a credit to Ghanaian democracy if this matter is handled in the correct manner," the President said.