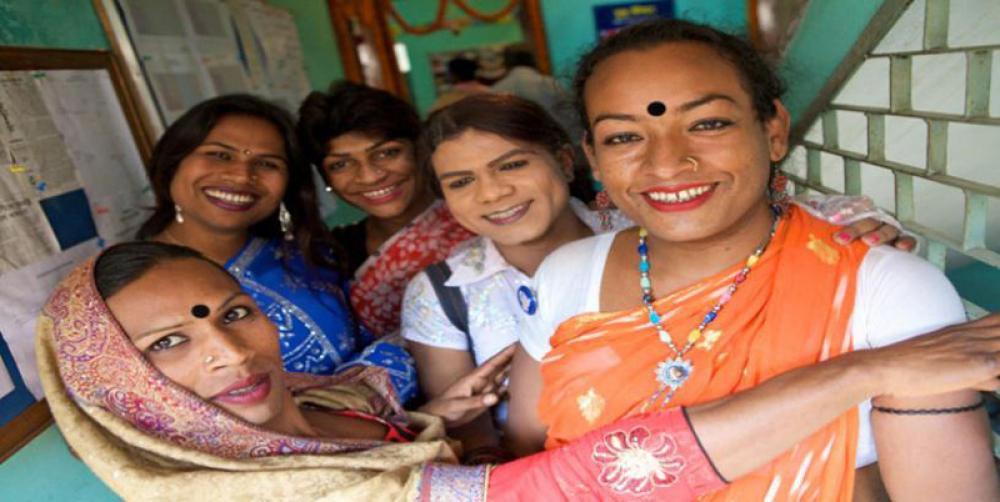 Transgender communities in South Asia have a rich history, through various socio-religious and cultural trans identities. The Hijra and Khwaja Sira communities have common cultural roots across India, Pakistan, Nepal, and Bangladesh. They have faced historical criminalisation in the region.

Anglo-Saxon colonial legal legacy and the implementation of religious laws, which view trans persons as heretics and blasphemous, have erased these persons from policy and law as complete citizens.

Yet, in recent years, countries in South Asia have promulgated law and policy to recognise and protect the rights of trans persons. This sudden interest and action towards recognition, inclusion, and protection of trans persons raises unprecedented legal questions. For decades, the interaction of transgender communities with the criminal justice system has been through the lens of criminality and punitive action.

Apart from general vulnerability in the criminal justice system, they face specific challenges in prisons. These vulnerabilities are accentuated by the fact that prisons have largely been conceived as male spaces, with a lack of infrastructural and policy initiatives to address gender-specific needs.

Apart from applicability of general standards for the treatment of prisoners, there are certain gendered policies which have to be restructured, in a rights-based perspective, to incorporate the experiences of trans persons.

The question of legal and constitutional rights for transgender persons is a global issue, with various countries and regions legislating/litigating to ascertain the same while being cognizant of regional contexts.

The South Asian region due to common antecedents of cultural/ religious/ social existence of transgender persons have parallel conversations across borders on the issues of trans persons.

In this context, there are specific themes that arise for the protection applicable to trans persons in prisons.

Right to self-determination of gender identity

There are countries in South Asia, for example, India and Pakistan, where we have judgments from apex courts declaring self-determination of gender identity by trans people as fundamental to gender recognition. Where the Supreme Court of India has used the phrase “right to self-determined gender identity,” while the in Pakistan, the Transgender Persons (Protection of Rights) Act 2018 has phrased it as “gender sovereignty.” At the same time, in Bangladesh, the process of determining one’s Trans identity is through the word ‘Hijra’.

The process for determining the last is based on a medical inspection of the person’s body. This leads to varying degrees of affirmation or indignation associated with the process of identifying as transgender. Further, this marks a shift in perspective from a genital based identification to an identity-based affirmation of gender.

While chairing a commission on jail reforms constituted by the Islamabad High Court, Dr. Shireen M. Mazari, the Pakistani Minister for Human Rights called for separate wards for trans persons in prisons. Similarly, there are international models in Brazil and other Latin American countries where segregation of LGBT (lesbian, gay, bisexual, and transgender)+prisoners from male and female prisoners has protected them from violence in prisons.

This process is incognizant of the fact that gender affirmative surgeries require a plethora of resources including financial, social, and psychological support. Further, it leaves no scope for any person identifying as transgender to be recognised as such in case of their choice or medical requirement to not undergo said surgeries.

Implementation of court rulings are yet another major hurdle in realising protection against vulnerability for trans persons. In India, the NALSA vs Union of India & Ors judgment by the Supreme Court of India legally recognised trans persons as “third gender” and promulgated the right to self-determination of gender simultaneously. However, Commonwealth Human Rights Initiative (CHRI) report, ‘Lost Identity: Transgender Persons in Indian Prisons’ noted a “lack of any uniform policy regarding placement of trans persons in prisons. Varied responses were received from both the state prison headquarters as well as individual jails in regard to the question of segregation of male, female and transgender prisoners during admission.”

The report elaborated on the processes of segregation to conclude that the right to self-determination of gender is not yet realised for transgender persons admitted to prisons.

Colonial and religious laws have criminalised identities that deviate from the norms of a binary biological gender and heterosexuality. The same attitude has translated into further criminalising traditional livelihoods of trans persons, who have been historically mandated to bless in return for money (termed as beggary or vagrancy) and perform sex work.

The instances of criminalising beggary and sex work are prevalent to this day in South Asia. However, opportunities to any employment beyond what is culturally assigned are yet seemingly distant.

A review of criminal justice systems show that recruitment of trans persons in the various departments of police, prisons, and judiciary are minimal. Further, from the Indian experience, though recruitments in the police have been initiated, they have been a result of extensive litigation on part of the transgender applicants. In Indian prison departments, as of January 1, 2019, no transgender persons had been recruited,

The policies which have been developed seem uninformed by the lived realities of transgenders in the South Asian region.

Governments need to place the diversified and varied lived experiences of trans persons at the center of policymaking for the protection of Trans persons in prisons.

(The writer is a Project Officer with the Access to Justice (Prison Reforms Program) at Commonwealth Human Rights Initiative, CHRI. The views are personal.)