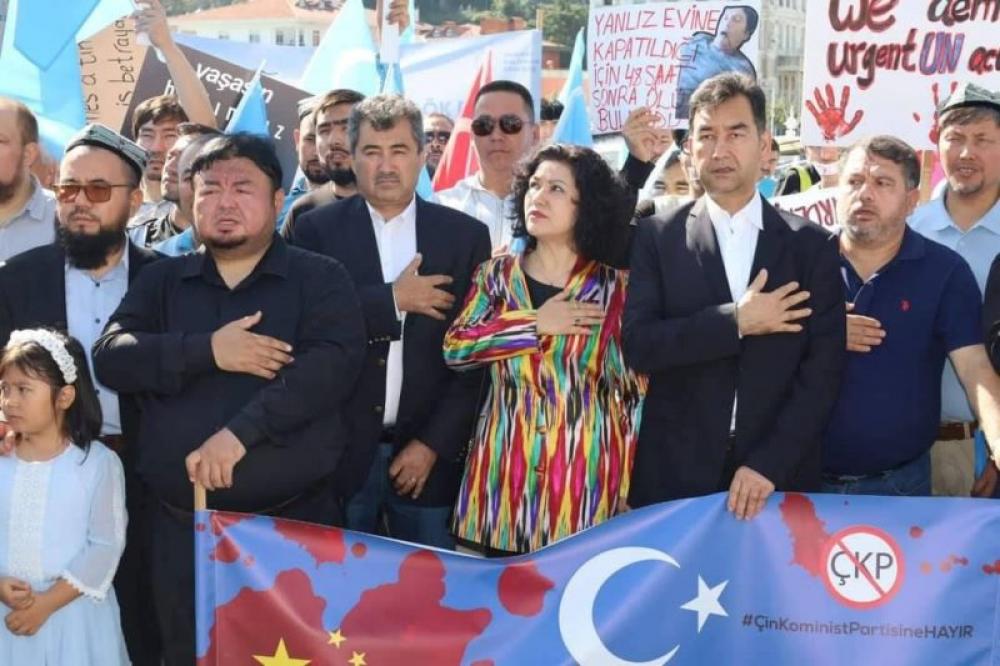 Ankara/Istanbul: Uyghur NGOs and Uyghur community in Istanbul, on Oct 01, marked the 73rd National Day of China as the beginning of an era of occupation, persecution, starvation and inhuman crimes against the peoples of East Turkestan.

Uyghur NGOs protested near the Chinese Consulate in Sariyer district of Istanbul against the Chinese policies of assimilation and genocide.

Uyghur protestors numbering around 1000-1200 included all sections of the Uyghur community including women, children and the elderly.

The protest started with the recitation of the verses of holy Quran and the national song of East Turkestan. Protestors raised slogans against Chinese policies and Chinese President Xi Jinping including 'China Stop Genocide', 'Release our relatives', 'Where are our relatives' and 'Stop Starvation'. 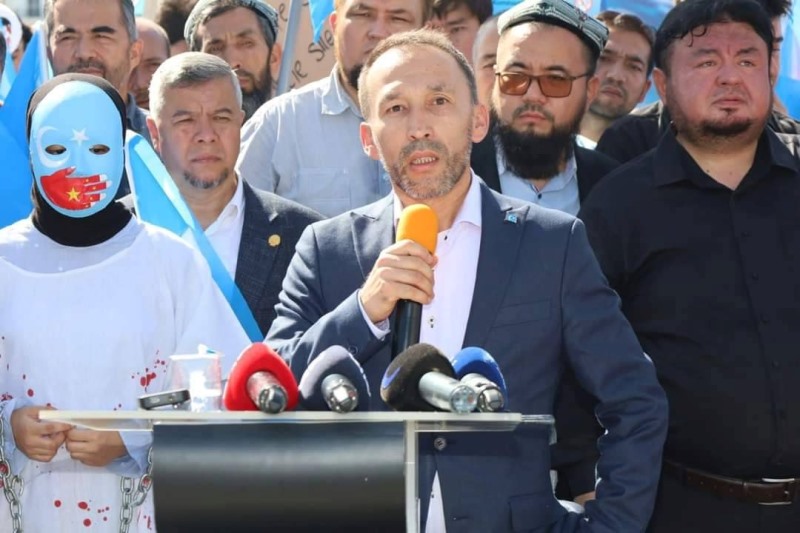 Protestors displayed photographs of their family members missing in Chinese internment camps whom they have not been able to contact for many years.

A motor bike rally of around fifty Uyghur activists carrying flags of Turkey and East Turkestan passed near the protest site. A signature campaign on a large banner appealing for support of the United Nations was also showcased.

Hidayetullah Oghuzhan gave a press statement stating that Chinese attempts to destroy Uyghurs- their language and culture would be not be successful.....the entire world is watching the inhumane crimes committed by China in its camps......the fight against China will not stop till East Turkestan is liberated from Chinese occupation. He appealed for a stop to the Chinese genocidal policy being carried out in the cities of Kashgar, Gulca, Urumqi and other places in East Turkestan under the pretext of quarantine.

Nur Muhammad Majid said: "We are thankful for ....the enormous support of the country of Turkiye and the people of Turkiye.....we are here to express our strongest condemnation of one terrorist nation...China...in the last 73 years China has occupied East Turkestan unlawfully, illegally, by using military force...by using...infiltration policy....East Turkestan has become an open prison where millions of Uyghur Muslims....Turkic Muslims....are detained in Chinese concentration labour camps.. 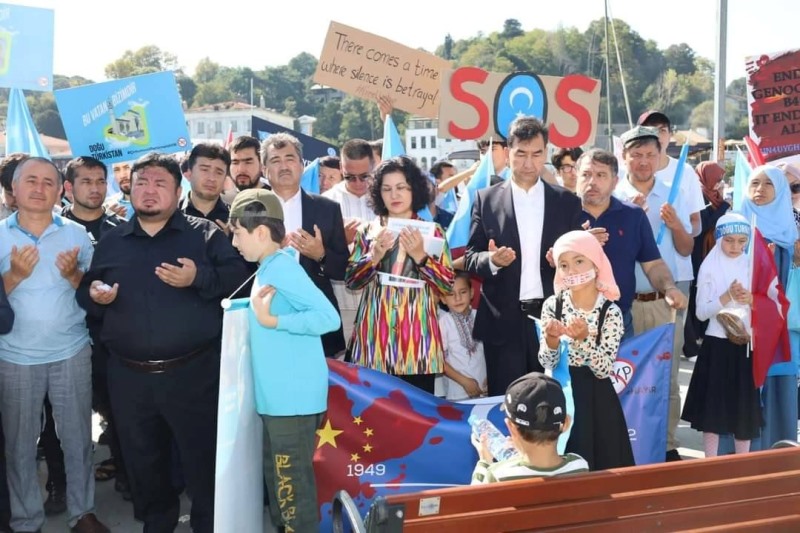 "Till recently the world was unaware of these realities.....China has been detaining 5 to 10 million Uyghur & other Turkic Muslims in inhuman conditions...depriving them of basic rights...now UN has published a report on this....China has not only occupied our territories,....it is hijacking our culture, hijacking our resources, killing our people, abducting our children, raping our women, sterilizing our mothers....but we are not weak, we are not defeated, we are not giving up our cause..."

He expressed dissatisfaction with the Indonesian government for the recent deportations of Uyghurs to China and appealed for support to all nations holding any Uyghur Muslims in their custody. He also called upon the US, Canada, EU, Turkiye, Qatar, Malaysia, Indonesia and other members of the international community to support the Uyghur cause.

Earlier Hidayetullah Oguzhan and Abdusalam Teklimakan among others had given the call for protest and press statement near the Chinese Consulate to condemn the genocide and crimes against humanity committed by China and to call upon International Organizations for their support. 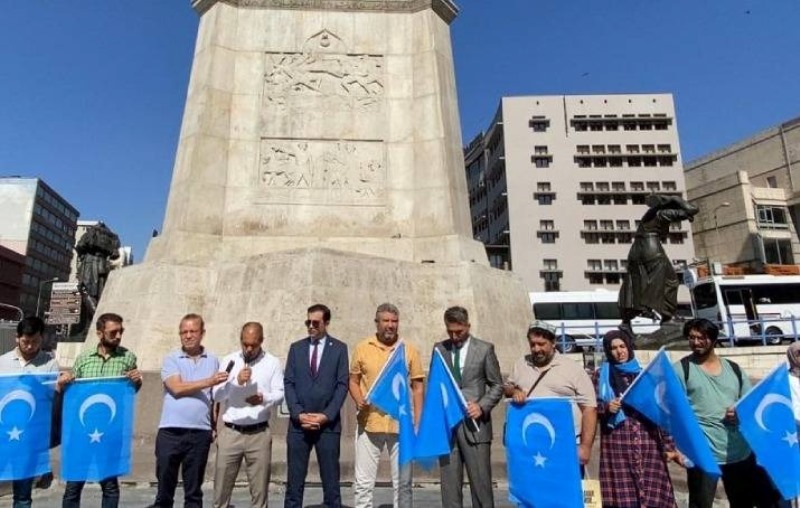 Pamir said, “East Turkestan people have been deprived of their right to live their own identity and teach their children. And as a result of the cultural destruction that China has been carrying out for the last 9 years, more than 16 thousand mosques were destroyed, clergy and intellectuals were arrested or tortured to death.

"After Xi Jinping was elected president of China, he set a new mission for China and announced the Road Belt Initiative. Since then, the invading China has begun to disrupt the world order, to render international organizations dysfunctional, to openly violate international values and principles, and to support all kinds of corruption. China is clearly threat to the world.”