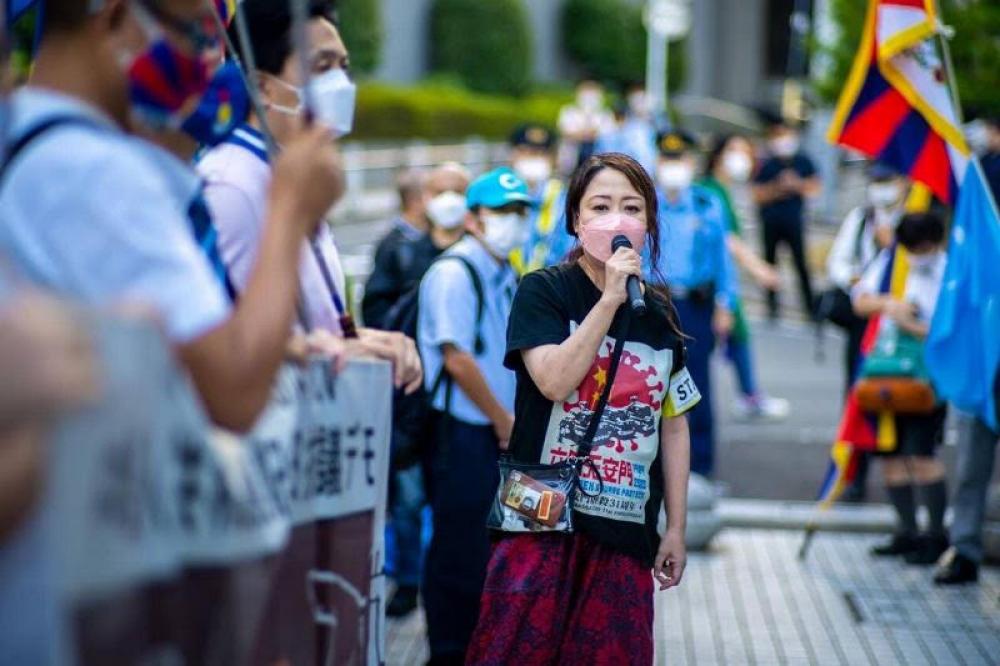 Several civil society organisations on Saturday (Oct 1) staged demonstrations on the National Day of China (PRC) in different cities across the globe against the Chinese government's atrocities and human rights violations.

The National Day of China was marked by large gatherings in Japan's capital Tokyo on Saturday.

Those coming together were, however, not shouting praises of the Chinese Communist Party (CCP) or the leadership of the ‘new Emperor’ Xi Jinping.

Two days after an extremely low-key, almost reluctant, ceremony to mark 50 years of normalisation of Japan-China relations, hundreds of Japanese citizens came on the streets of Tokyo to express solidarity with the oppressed people of Tibet, Xinjiang, Mongolia, Hong Kong, Taiwan, and elsewhere. 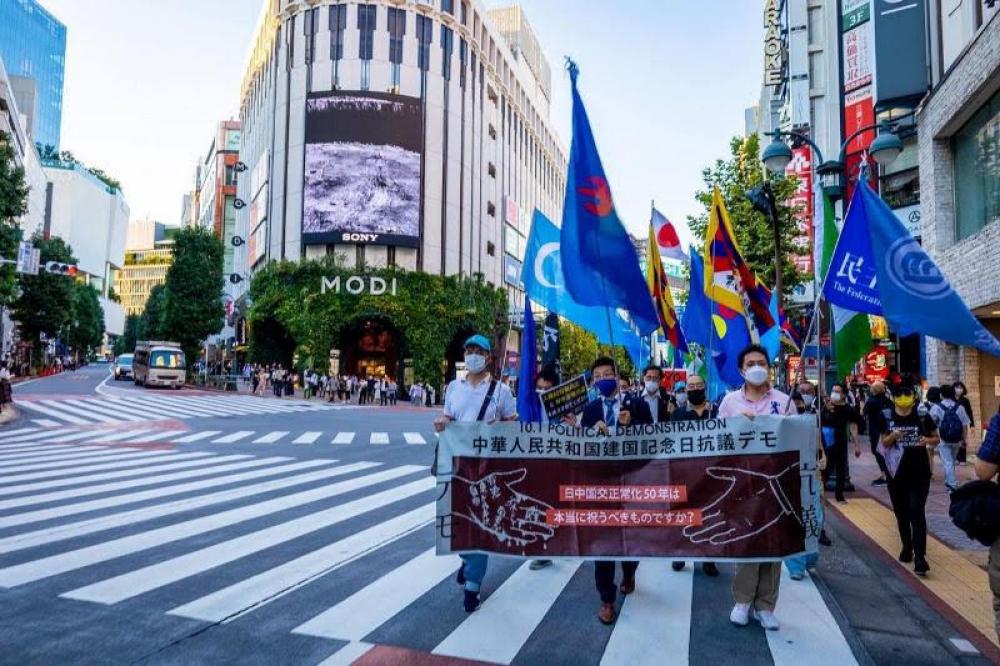 This was not a party, but a solemn protest against the continuing denial of basic human rights that are promised even in the Chinese constitution.

Early morning joggers around the Chinese Embassy were greeted by slogans criticising China for its brutal crackdowns in all minority regions. 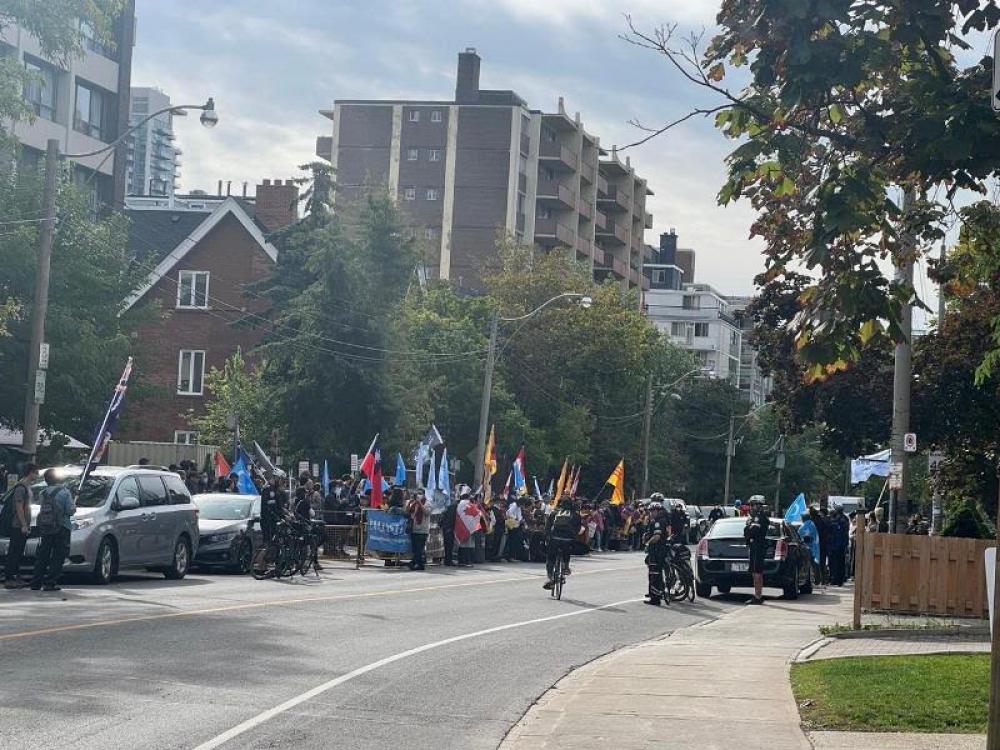 Posters spoke of the damage China has caused to Japan in the past fifty years, despite Japanese companies having helped establish China’s modern industrial foundations.

Later in the day, activists from across Japan, as well as representatives of the minority ethnic communities from China walked to the centre of Tokyo carrying banners, flags and posters denouncing China.

They urged the rest of the world to wake up to the harm China is causing. 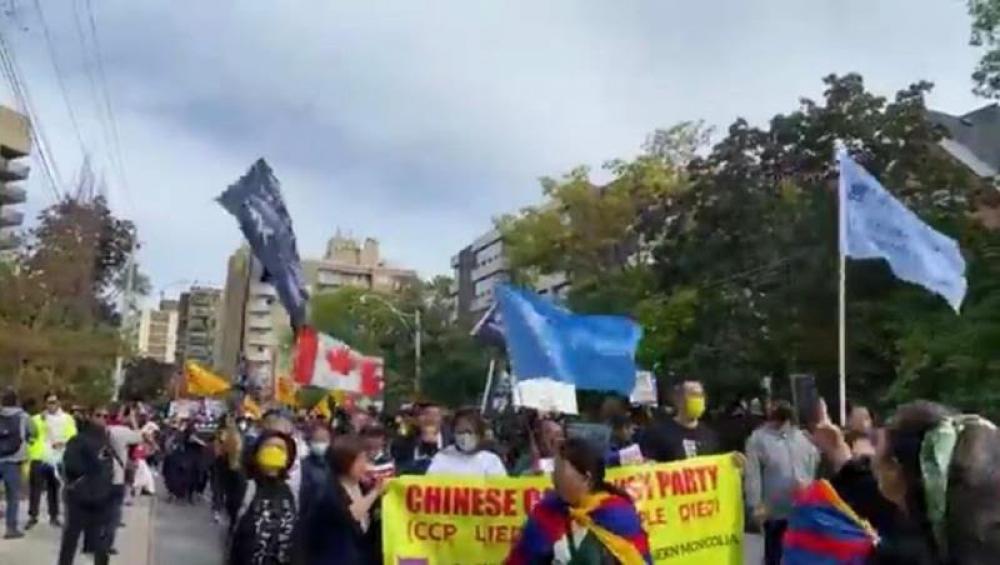 The demonstration was held around the twin themes of - ‘nothing to celebrate’ and ‘day of shame’, both sentiments that echo strongly not just in Japan, but increasingly across the world.

A couple of weeks ahead of the 20th Party Congress of the CCP, such a gathering showed unequivocally that despite businesses continuing to rely on China, the people of Japan wanted to send out a strong message to China and the CCP: respect the people and their rights. Without these, your power has no legitimacy, and your leadership will have no legacy worth the name.

Meanwhile, a small protest was organised in front of the Chinese Embassy against the CCP in the Austrian capital of Vienna. 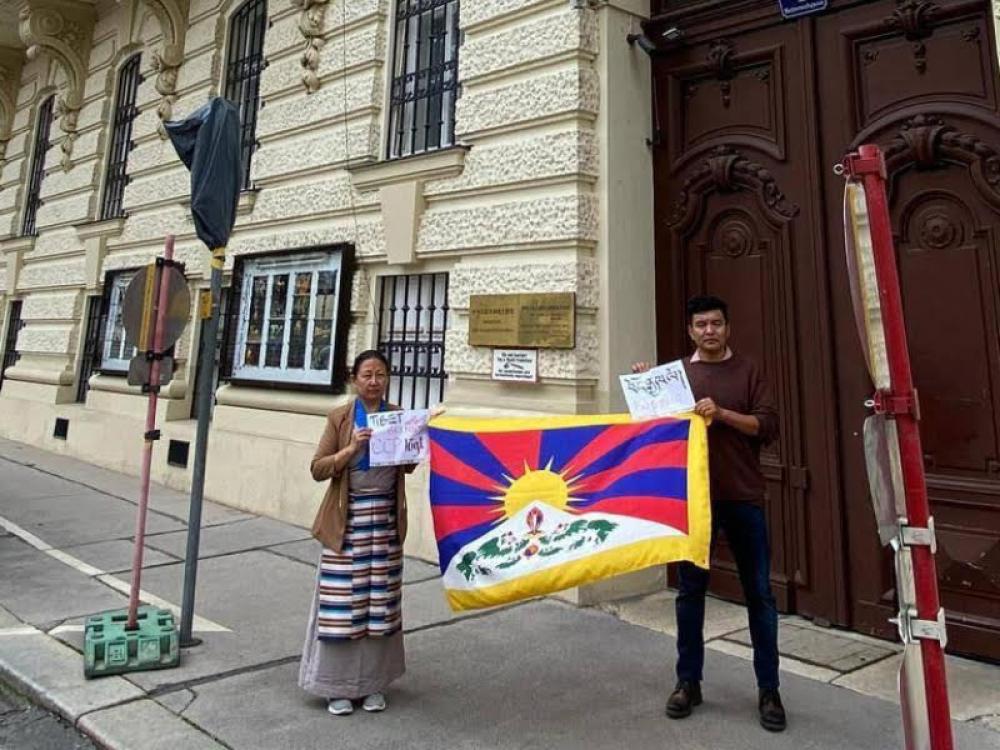 Tibetan Diaspora along with President Nawang Lobsang Taglung of Tibetan organisation in Vienna along with 9-10 other members held a symbolic protest. 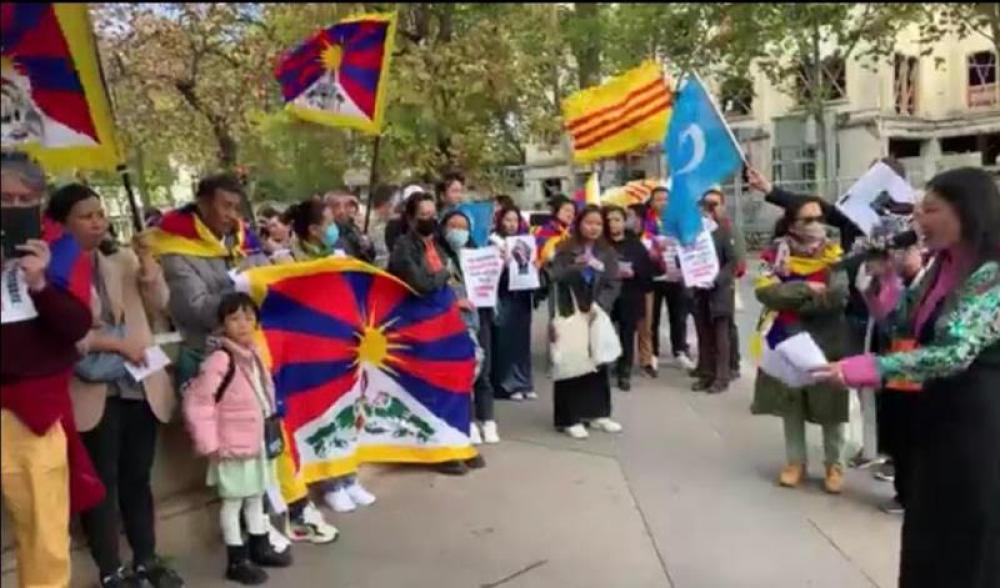 Such protests were also reported from Toronto in Canada as well as from Prague.

A car rally against CCP was organised by falon gong practioners in Prague.

At a large demonstration near the Chinese embassy, more than 100 persons from organisations like Students for Free Tibet (SFT), Committee for Liberation of Hong Kong, Association of Uyghurs in France, as well as Mongolian, Taiwanese, and Vietnamese groups joined this protest. 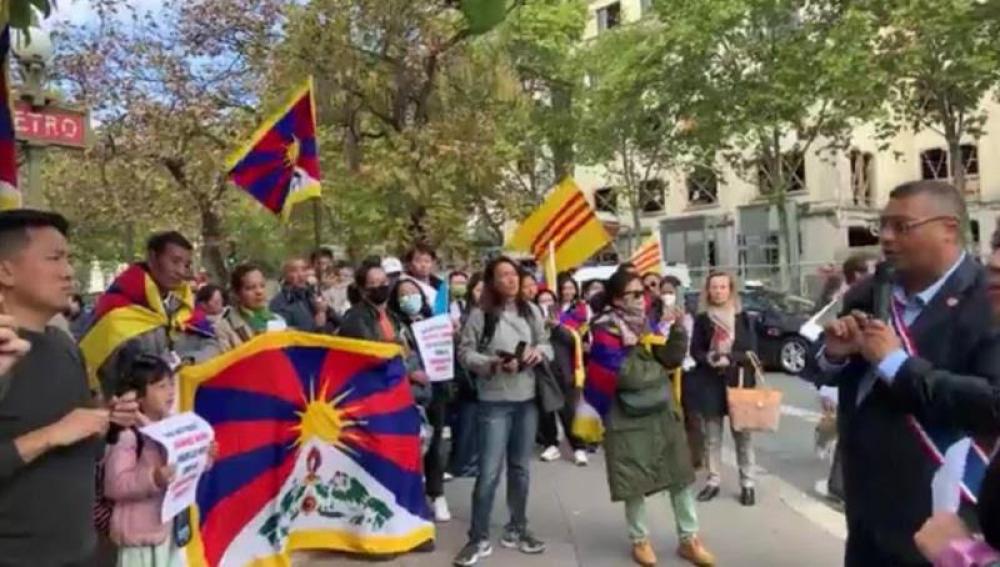 Marking the day as the Global Day of Action, the protesters, carrying placards with slogans against China, demanded China to end the Uyghur genocide and other violations against the people of Tibet, Hong Kong, Taiwan etc. They also called on the global community to come together to prevent China from carrying out these crimes against humanity. 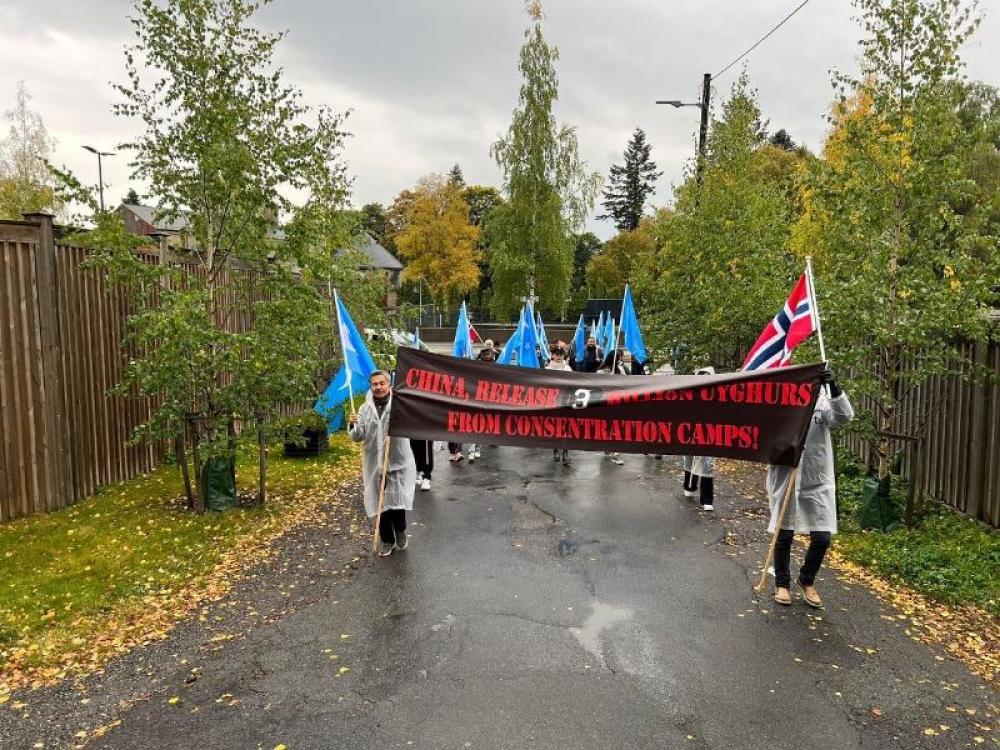 Protest in the street leading to Embassy of China, Oslo 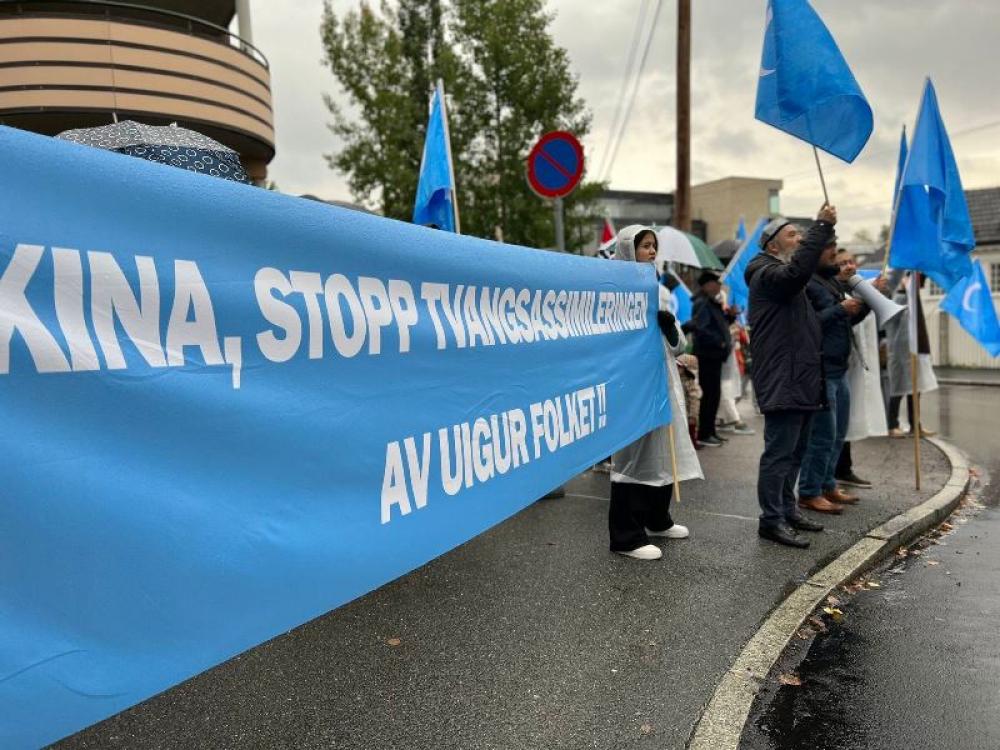 Protest in the street leading to Embassy of China, Oslo

Ankara/Istanbul: Uyghur NGOs and Uyghur community in Istanbul, on Oct 01, marked the 73rd National Day of China as the beginning of an era of occupation, persecution, starvation and inhuman crimes against the peoples of East Turkestan. Uyghur NGOs protested near the Chinese Consulate in Sariyer district of Istanbul against the Chinese policies of assimilation and genocide. 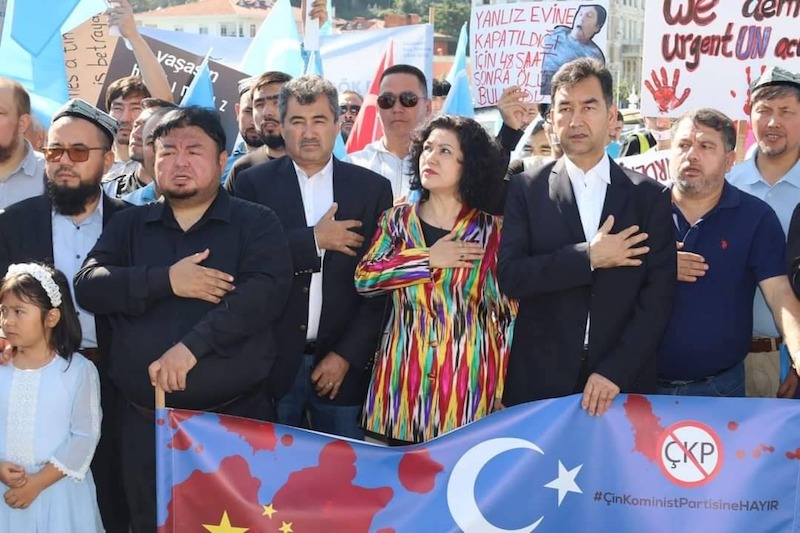 Uyghur protestors numbering around 1000-1200 included all sections of the Uyghur community including women, children and the elderly. 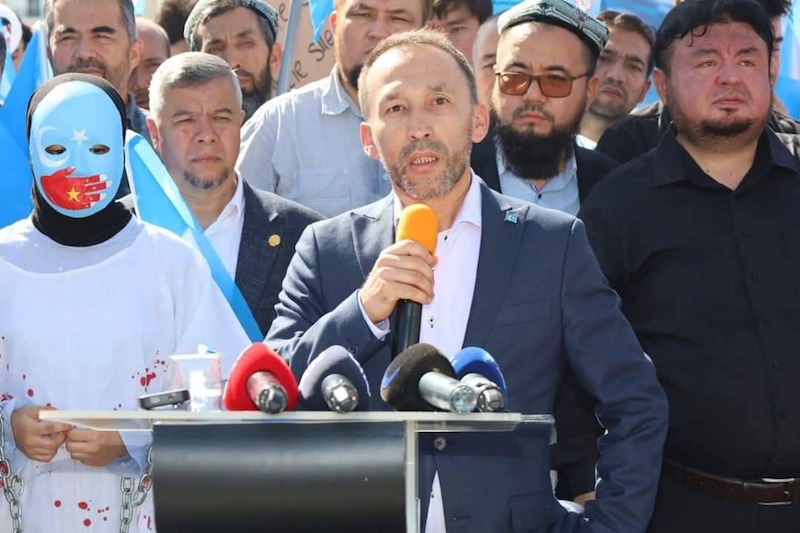 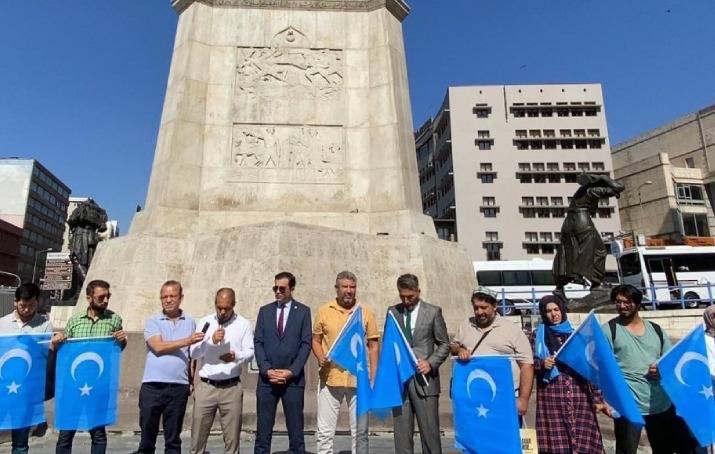