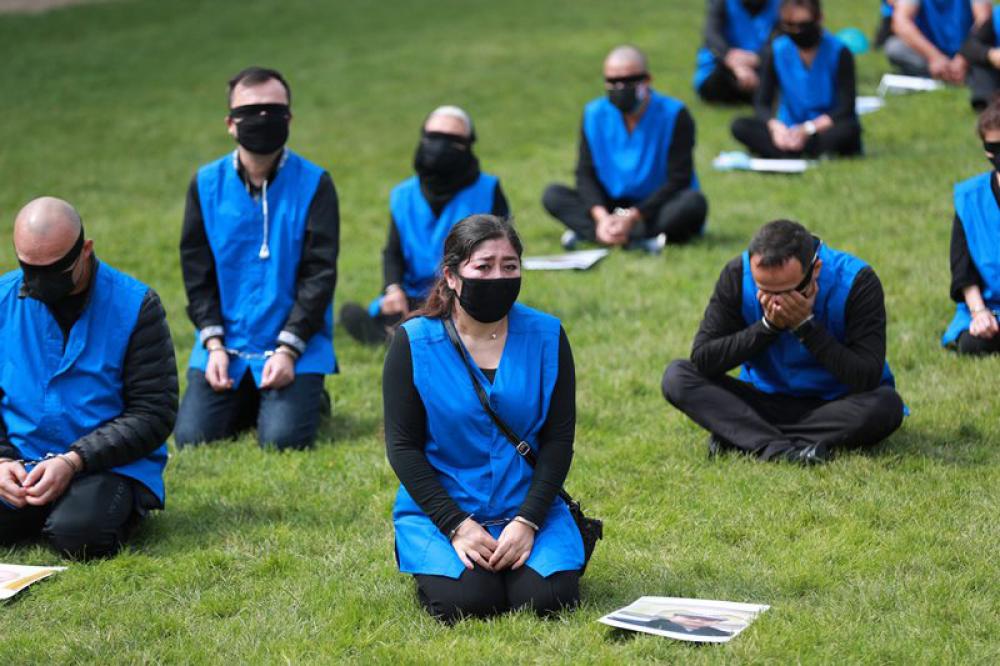 Ankara: Several activists from Union of International East Turkistan NGOs on Thursday raised the concern of the Uyghurs by infiltrating a volleyball stadium in Turkey and disrupting the scheduled game between China and Italy, media reports said.

The activists from the Union of International East Turkistan NGOs were demonstrating against China’s participation in the FIVB Volleyball Women’s Nations League being held in Ankara Stadium in Turkey, reports ANI.

Local authorities prevented the activists from disrupting the game.

Recently, a series of demonstrations and events were held around Turkey.

Several human rights activists around the world have been staging protests against China’s atrocities against Uyghurs, especially in July commemorating the 13th anniversary of the Urumqi massacre, which occurred on July 5, 2009, in Xinjiang, a painful memory for the Uyghur diaspora, reports ANI.