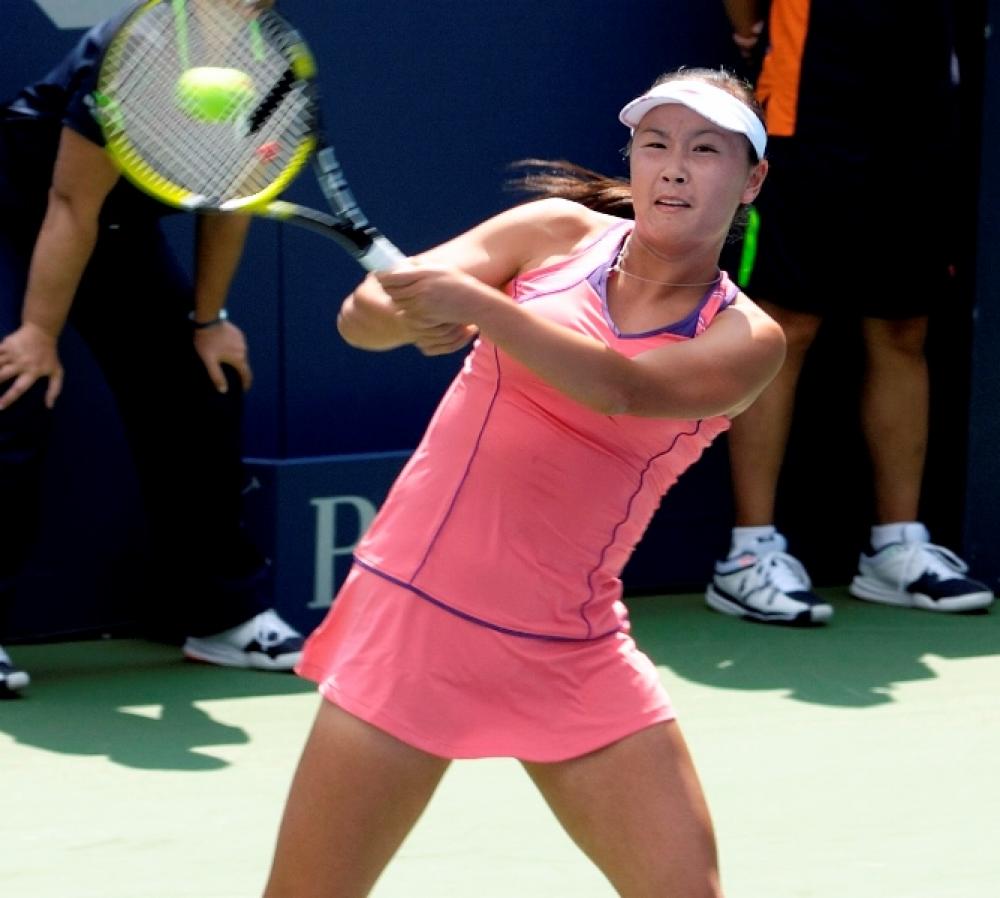 On Nov 21, 2021, the IOC said in a statement that its president, Thomas Bach, had a 30-minute video call with three-time Olympian Peng Shuai, joined by a Chinese sports official and an IOC official.

The statement said that, during the call, Peng appeared to be “doing fine” and “relaxed,” and said she “would like to have her privacy respected.”

The IOC did not explain how the video call with Peng had been organized, given the difficulties other concerned parties have had reaching her.

“The IOC appears to prize its relationship with a major human rights violator over the rights and safety of Olympic athletes.”

Meanwhile, the Chinese authorities have continued to impose a media and internet blackout of discussions of Peng’s case. Even words such as “tennis” and the surname “Peng” have been censored or shadow banned online.

Peng, 35, went missing on November 2 after she said on Chinese social media that she had been sexually assaulted and forced into a sexual relationship with Zhang Gaoli, 75, who was China’s vice premier from 2013 to 2018.

On November 18 the Women’s Tennis Association (WTA) received a statement purporting to be from Peng, recanting her abuse claim. In response, the IOC said that it was “encouraged by assurance that she is safe.”

On Nov 19 and 20, photos and videos of Peng appearing in her home, in a restaurant, and at a youth tennis event in Beijing emerged on Twitter accounts affiliated with government-run media.

At the same time, Peng has not spoken directly with the media or the WTA.

The authorities do not appear to have initiated an investigation into Peng’s complaint against Zhang.

The IOC claims to be “actively taking steps to protect athletes from all forms of harassment and abuse in sport.”

However, it has not said whether it has offered support to Peng concerning her sexual assault allegations.

Since the #MeToo movement took off in China in early 2019, the authorities have censored victims of sexual harassment and harassed women’s rights activists. In September, Guangzhou police detained journalist and #MeToo activist Huang Xueqin on charges of “inciting subversion of state power.”

Other prominent people such as billionaire businessman Jack Ma, movie star Fan Bingbing, and Interpol chief Meng Hongwei have also been forcibly disappeared after running afoul of the authorities. After fleeing China or being released from detention, some former detainees recanted statements they were forced to make on camera.

In contrast to the IOC’s response to Peng’s case, the WTA has repeatedly expressed concerns about Peng’s health and safety, called for an investigation into her complaint, and said it is prepared to pull tournaments out of China if it does not get an appropriate response. Reacting to the online videos of Peng and the IOC’s call, the WTA said “they don’t alleviate or address the WTA's concern about her well-being and ability to communicate without censorship or coercion.” World tennis champions including Novak Djokovic, Martina Navratilova, Naomi Osaka, and Serena Williams have also voiced concern about Peng’s safety.

By cooperating with Chinese authorities in this video call, the IOC failed to adhere to its own human rights commitments and to protect the free expression rights of Olympic athletes, Human Rights Watch said.

The IOC’s conduct also undermined the efforts by the WTA and other international sports organizations and individuals to secure Peng’s safety and freedom, and hold the Chinese government to account for human rights violations.

Human Rights Watch has previously called for the IOC to carry out human rights due diligence for the 2022 Beijing Winter Games.

However, the IOC has given no indication that it has conducted or plans to publish a human rights risk assessment.

The IOC has also not challenged Chinese authorities over their poor human rights record, including violations linked to the Olympics and crimes against humanity in Xinjiang, HRW said.

“If the IOC wants to credibly claim it’s a ‘force for good,’ it needs to stop participating in the Chinese government’s repressive practices,” Wang said. “The IOC should instead be standing up for human rights and the freedom and safety of athletes.”