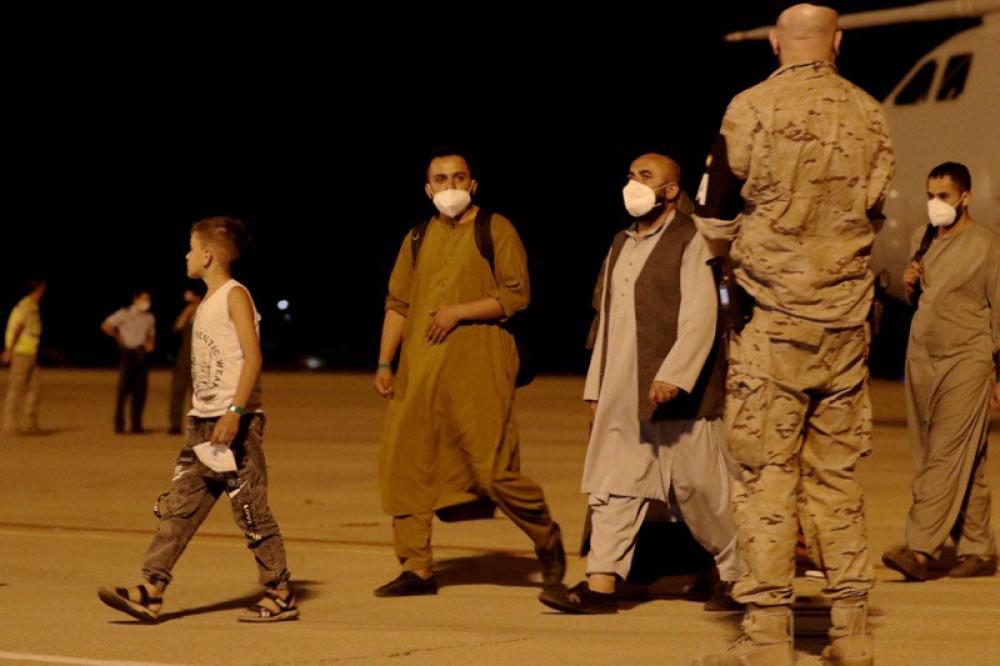 On-the-ground researchers spoke to eyewitnesses who gave harrowing accounts of the killings, which took place between 4-6 July in the village of Mundarakht, Malistan district. Six of the men were shot and three were tortured to death, including one man who was strangled with his own scarf and had his arm muscles sliced off.

The brutal killings likely represent a tiny fraction of the total death toll inflicted by the Taliban to date, as the group have cut mobile phone service in many of the areas they have recently captured, controlling which photographs and videos are then shared from these regions.

The cold-blooded brutality of these killings is a reminder of the Taliban’s past record, and a horrifying indicator of what Taliban rule may bring,

Torture and murder in the context of an armed conflict are violations of the Geneva Conventions, and constitute war crimes under the Rome Statute of the International Criminal Court, which is already considering crimes committed in relation to the conflict in Afghanistan.

Amnesty International interviewed eyewitnesses and reviewed photographic evidence in the aftermath of the killings in the village of Mundarakht.

On 3 July 2021, fighting intensified in Ghazni province between Afghan government forces and the Taliban. Villagers told Amnesty International that they fled into the mountains to traditional iloks, their summer grazing land, where they have basic shelters.

There was little food for the 30 families that fled. The next morning, 4 July, five men and four women returned to the village to gather supplies. On their return, they found that their homes had been looted, and that Taliban fighters were lying in wait for them.

One man, 45-year-old Wahed Qaraman, was taken from his home by Taliban fighters who broke his legs and arms, shot him in the right leg, pulled his hair out, and beat his face with a blunt object.

Another man, 63-year-old Jaffar Rahimi, was severely beaten and accused of working for the Afghan government, after cash was found in his pocket. The Taliban strangled him to death with his own scarf. Three people involved in the burial of Rahimi said that his body was covered in bruises, and that the muscles of his arms had been carved off.

Sayed Abdul Hakim, 40, was taken from his home, beaten with sticks and rifle butts, had his arms bound, and was shot twice in the leg and twice in the chest. His body was then dumped next to a nearby creek.

One eyewitness, who assisted with the burials, told Amnesty International: “We asked the Taliban why they did this, and they told us, ‘When it is the time of conflict, everyone dies, it doesn’t matter if you have guns or not. It is the time of war.’”

During the two-day killing spree, three other men – Ali Jan Tata (65), Zia Faqeer Shah (23), and Ghulam Rasool Reza (53) – were ambushed and executed as they left the iloks, and attempted to pass through Mundarakht to reach their homes in the nearby hamlet of Wuli.

In Mundarakht, they were stopped at a Taliban checkpoint, where they were executed. Ali Jan Tata was shot in the chest, and Rasool was shot in the neck. According to witnesses, Zia Faqeer Shah’s chest was so riddled with bullets that he was buried in pieces. The men’s bodies were thrown into the creek alongside Sayed Abdul Hakim.

Three more men were also callously killed in their home village. Eyewitnesses told Amnesty International that Sayeed Ahmad, 75, insisted the Taliban would not harm him as he was an elderly man, and that he intended to return to feed his cattle. He was executed with two bullets to the chest and another in his side.

Zia Marefat, 28, suffered from depression and rarely left his home in Mundarakht. He refused to leave after the Taliban took control of the village on 3 July, but eventually did so after being urged by his mother and others to flee for his own safety. However, as he walked alone to the ilok, he was captured by the Taliban, who killed him with a shot to the temple.

Karim Bakhsh Karimi, 45, who had an undiagnosed mental health condition which caused him to act erratically, did not flee with the rest of the villagers. He was also shot, execution-style, in the head.