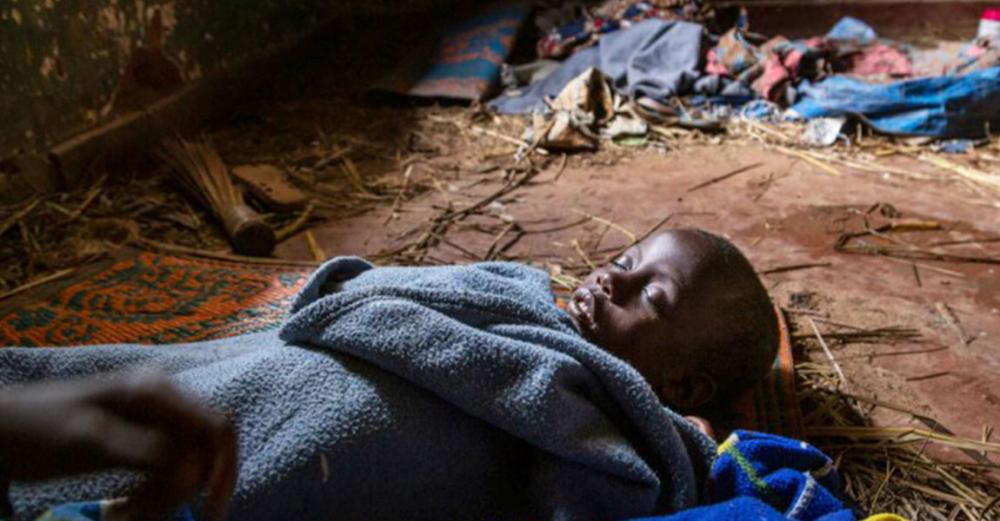 Since the beginning of the year, the brutality and chaos unleashed during longstanding conflict in the province of Ituri have deteriorated further, worsening conditions for children, according to the UN agency.

The conflict-ravaged, and mineral-rich eastern DRC has been plagued by violence stretching over decades of brutal fighting that has forced millions of civilians from their homes – many of them numerous times.

Militia attacks in populated areas have not only left hundreds dead but also reports of children being maimed, murdered or recruited by armed groups.

Between January and June, 91 children had been killed, 27 maimed and 13 sexually abused, according to UNICEF.

Meanwhile, more than 1.6 million people, the majority of whom are women and children, are estimated to be internally displaced; nearly 18 health facilities have been looted or destroyed; and attacks against more than 60 schools have left around 45,000 children out of the classroom.

And these are only the verified incidents, the actual numbers are likely to be significantly higher.

According to the World Food Programme (WFP), national data shows that about four-in-10 people throughout the country are food insecure, with some 15.6 million suffering crisis or emergency levels of hunger.

Most of the more than five million Congolese displaced inside the country live in makeshift camps and urban areas with poor sanitation and healthcare, particularly dangerous during the COVID-19 pandemic, as malaria and cholera exacerbate the hunger challenge.

And in Ituri, 2.4 million people are in urgent need of humanitarian assistance, UNICEF said.

While at least 150,000 people – including over 87,000 children – have been assisted by UNICEF and its partners on the ground with healthcare and nutrition, protection, education, water and sanitation between January and August, insecurity in the province continues to undermine humanitarian efforts.

Working with partners, the agency has been able to reintegrate 365 children from armed forces and militant groups, trace their families and provide psychosocial support.

It has also supplied more than 87,000 vulnerable children with safe access to community spaces for socialization, play and learning, and equipped 68 child victims of sexual violence with medical, psychosocial and legal assistance.

And through the UNICEF rapid response mechanism, more than 140,000 people, including 85,000 children, have received non-food items, shelter and hygiene products.

However, insufficient funding is limiting the scope of the UN agency’s activities.

UNICEF pointed out that its DRC Humanitarian Action for Children appeal has a 74 per cent funding gap, flagging that while estimated at $318 million, the shortfall stands at $235 million.