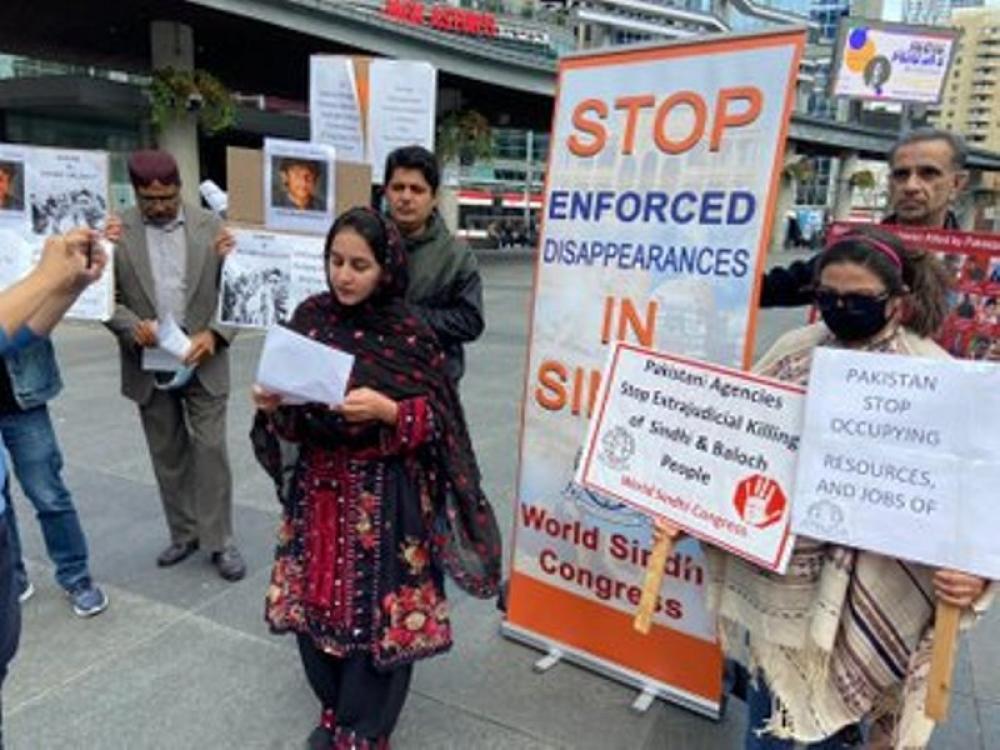 The demonstration took place in Toronto city of Canada.

The event also marked the fourth year of the disappearance of Baloch student leader, Shabir Baloch who was arrested and disappeared on Oct 4, 2016, from Awaran, Balochistan.

Images of dead and injured children in Taliban's car bomb in Nangarhar are too gruesome to share, but the toll today is a stark reminder of the real cost of the Taliban's daily acts of terrorism. The group is using the lives civilians to bargain for more power. Unconscionable.