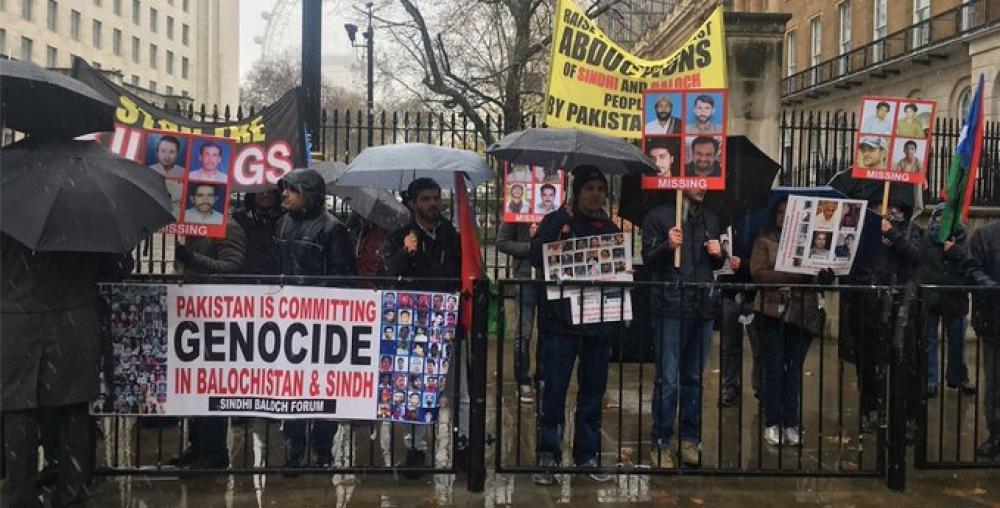 London: Marking the International Day of the Victims of Enforced Disappearances, The Sindhi Baloch Forum (SBF) will stage a protest outside the Houses of Parliament in London on Aug 30.

The incident will take place at a time when episodes of forced disappearances have been taking place in Sindh and Balochistan regions.

In its statement, the SBF denounced the reparation mechanism of the state military establishment who attempted to abduct Hani Gul Baloch and Shazia Chandio in Karachi to disrupt the peaceful protest of the families of Sindhis and Baloch subjected to enforced disappearances, Balochistan Affairs reported.

“More than 50 political activists from different areas of Sindh were subjected to enforced disappearance whose whereabouts are not known, whereas, according to the Voice for Baloch Missing Persons, the cases of enforced disappearances in Balochistan are above 40 thousand, the mutilated dead bodies of many have been recovered in the last many years,” read the SBF statement.