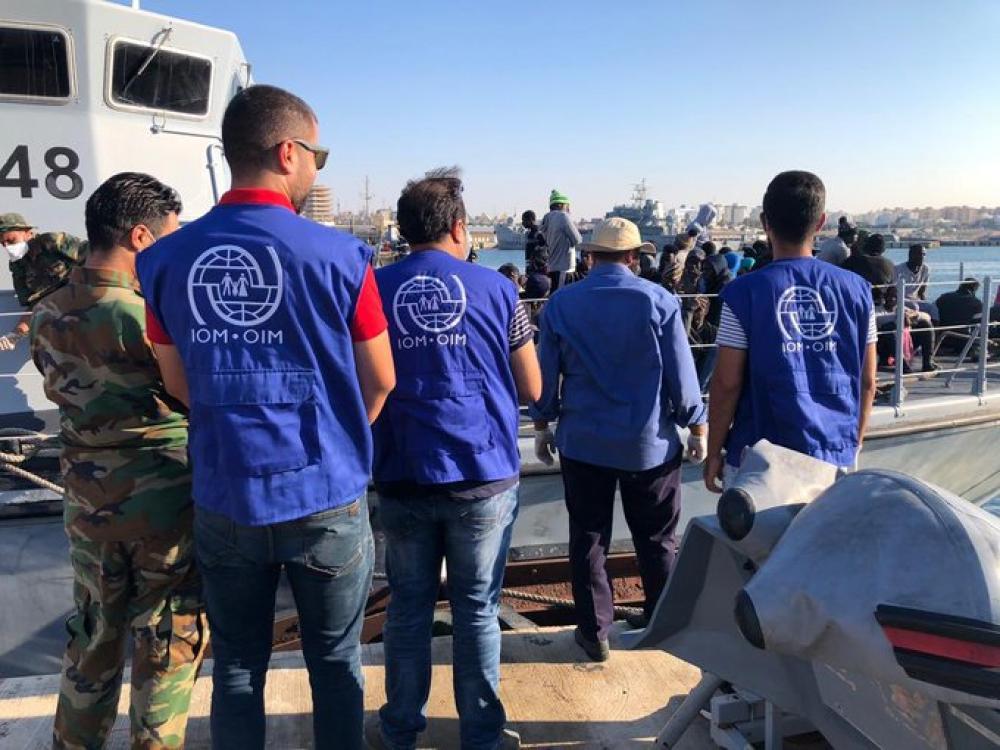 Tripoli/Xinhua: The International Organization for Migration (IOM) on Tuesday said that 160 illegal immigrants have been rescued off the Libyan coast recently.

"IOM staff are at the disembarkation point in Tripoli to provide emergency assistance to 85 migrants returned by the coast guard. Last night, some 75 migrants were also returned to Zwara, Libya," IOM tweeted.

Some 85 migrants were just returned to #Libya by the coast guard.

Among them were six women.

Another 75 migrants were intercepted and returned last night to Zwara.

"We maintain that Libya is not a safe port," IOM said.

According to the organization, nearly 7,000 illegal immigrants, including women and children, have been rescued and returned to Libya so far in 2020.

IOM also reported that 123 immigrants died and 180 went missing on the Central Mediterranean route so far this year.

Because of the insecurity and chaos Libya has been suffering since the fall of its leader Muammar Gaddafi in 2011, the North African country has become a preferred point of departure for thousands of illegal immigrants who want to cross the Mediterranean Sea toward Europe.

Immigrant shelters in Libya are overcrowded with migrants despite repeated international calls to close them.