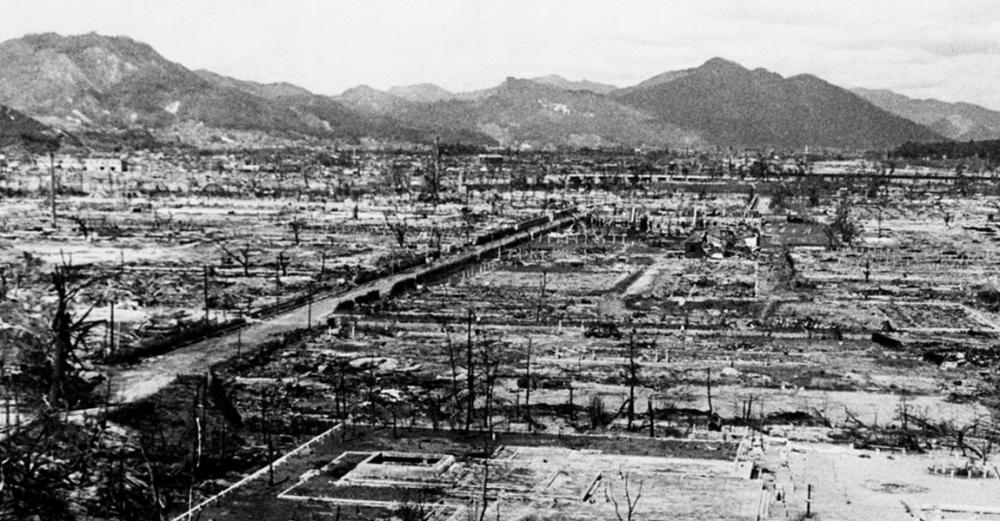 New York: In a video message delivered to a Peace Memorial Ceremony in Japan on Thursday, UN Secretary-General António Guterres has paid tribute to the victims of the atomic bombing of Hiroshima, which devastated the city in 1945.

“Seventy-five years ago, a single nuclear weapon visited unspeakable death and destruction upon this city”, he said in his address. “The effects linger to this day”.

However, he noted that Hiroshima and its people have chosen not to be characterized by calamity, but instead by “resilience, reconciliation and hope”.

As “unmatched advocates for nuclear disarmament”, the survivors, known as hibakusha, have turned their tragedy into “a rallying voice for the safety and well-being of all humanity”, he said.

The birth of the UN in that same year, is inextricably intertwined with the destruction wrought by the nuclear bombs that fell on Hiroshima and Nagasaki.

“Since its earliest days and resolutions, the Organization has recognized the need to totally eliminate nuclear weapons”, Mr. Guterres said. Yet, that goal remains elusive.

The web of arms control, transparency and confidence-building instruments established during the Cold War and its aftermath, is fraying, said the UN chief, and 75 years on, the world has yet to learn that nuclear weapons diminish, rather than reinforce security, he warned.

Against the backdrop of division, distrust and a lack of dialogue along with States modernizing their nuclear arsenals and developing new dangerous weapons and delivery systems, he fears that the prospect of a nuclear-weapon-free world “seems to be slipping further from our grasp”.

“The risk of nuclear weapons being used, intentionally, by accident or through miscalculation, is too high for such trends to continue”, the UN chief added, repeating his call for States to “return to a common vision and path leading to the total elimination of nuclear weapons”.

While all States can play a positive role, the countries that possess nuclear weapons have a special responsibility: “They have repeatedly committed to the total elimination of nuclear weapons”, Mr. Guterres reminded.

“Now is the time for dialogue, confidence-building measures, reductions in the size of nuclear arsenals and utmost restraint”.

Calling for the international non-proliferation and disarmament architecture to be safeguarded and strengthened, the UN chief cited next year’s Review Conference of the Treaty on the Non-Proliferation of Nuclear Weapons, as an opportunity for States to “return to this shared vision”.

He also looked forward to the Treaty on the Prohibition of Nuclear Weapons entry into force, along with that of the Comprehensive Nuclear-Test-Ban Treaty, which he said “remains a top priority in order to entrench and institutionalize the global norm against nuclear testing”.
Amidst COVID-19

The commemoration took place in the shadow of the COVID-19 pandemic, which the Secretary-General said has exposed so many of the world’s fragilities, “including in the face of the nuclear threat”.

“The United Nations and I will continue to work with all those who seek to achieve our common goal: a world free of nuclear weapons”, concluded the Secretary-General.

There truly is no winner in a nuclear war, Tijjani Muhammad-Bande President of the UN General Assembly told the ceremony.

“We must recommit to nuclear disarmament for there will never be a justification for the decimation caused by nuclear weapons”, he emphasized, urging everyone to “work relentlessly” to do so.

Calling the Treaty on the Prohibition of Nuclear Weapons “a milestone agreement” in nuclear disarmament, he called on all Member States to sign and ratify it.

“In memory of the victims of Hiroshima and Nagasaki…let us work together to create the future we want: a future which is free from the existential threat of nuclear weapons”, concluded the Assembly president.

Meanwhile, the head of the Comprehensive Nuclear-Test -Ban Treaty Organization (CTBTO), Lassina Zerbo, said that the devasting blasts continue to “haunt humanity and raises a challenging question: Can we ever escape the destructive instinct that led to these horrific bombings”?

Calling the hibakusha a “forceful moral compass for humanity”, he maintained  that their pain and stories have made nuclear risk more “perceptible and concrete”.

According to Mr. Zerbo, the hibakusha have taught that patience, determination and resolution are “indispensable in the long battle towards nuclear disarmament”.

“We must finish what we started because what happened in Japan must never happen again”, he said, adding,“we must hear them so we can act”.