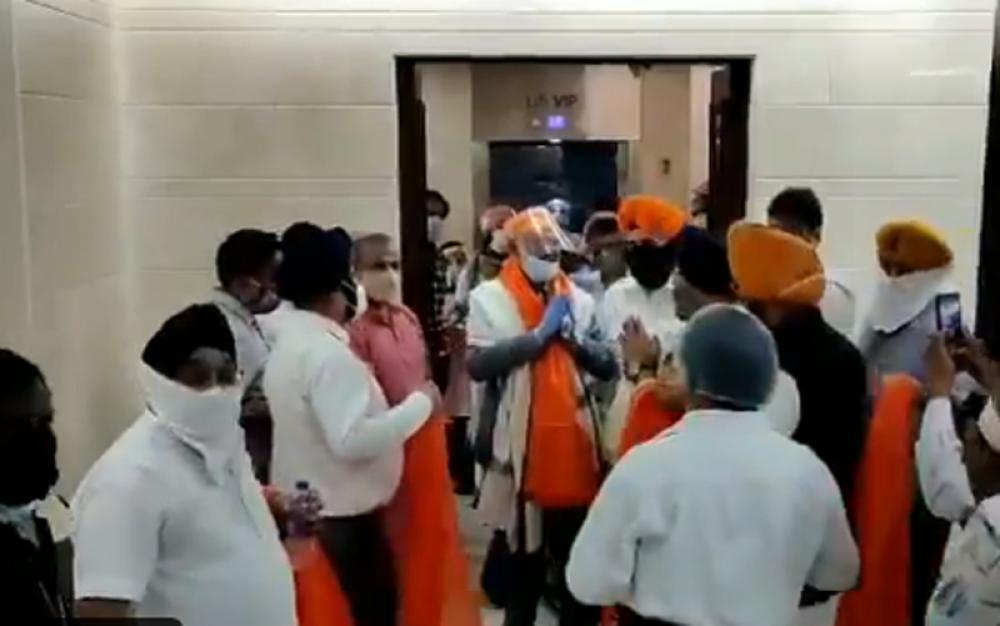 New Delhi: Nidan Singh Sachdeva, the Afghan Sikh who was kidnapped a month ago and released recently, arrived in New Delhi recently and thanked the Indian government for bringing him back to motherland.

Speaking to ANI on his return, an emotional Sachdeva, said, “I don’t know what to call Hindustan -- whether it is my mother or my father -- Hindustan is Hindustan.”

“I was abducted from the gurudwara and 20 hours later, I was covered with blood. I was tied to a tree as well. They used to beat me and ask me to convert into a Muslim. I repeatedly told them that why should I convert, I have my own religion," he said.

“I am more than thankful to the Indian government for bringing us here to our motherland. I have no words to describe my feelings here. I arrived here after much struggle. The atmosphere of fear prevails there. Gurudwara is where we can be safe but a step outside the Gurdwara is fearful,” he said thanking the Indian government.

“They used to beat me every day and every night,” he said further and added, “It is because of sheer happiness, I am speechless. I am very grateful to them.”

Around eleven members, belonging to the Sikh and Hindu minority community of Afghanistan, arrived in India on Sunday, the Ministry of External Affairs said.

Nidan Singh Sachdeva, who was released from captivity on July 18, is also among those who reached Delhi.

"India has granted appropriate visa and facilitated their travel to India," MEA said in a statement.

"We appreciate the efforts of the Government of the Islamic Republic of Afghanistan in extending necessary support for the safe return of these families," it said.

In a recent decision, India has decided to facilitate the return of Afghan Hindu and Sikh community members facing security threats in Afghanistan to India.