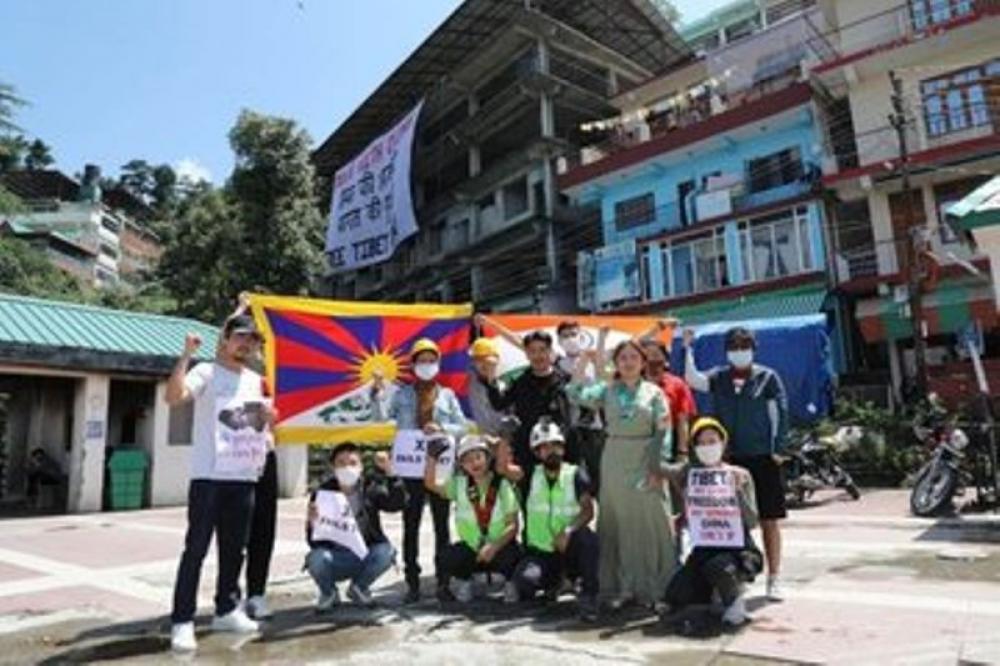 SFT Director Rinzin told ANI "Today we are here to protest against the Chinese Communist Party, specially the government itself, because 23rd of July marks the 99th anniversary of CPC."

"Usually this is a day of celebration for the Chinese but as a Tibetan this is a sad moment for us because the very foundation of CPC is based on bloodshed and dictatorship, that's why we are here to protest. We did a banner action, we unfurled 30/50 feet banner which reads 'Down with China, Tibet Independence India's security and Free Tibet now' and we are here to request the Government of India to specifically raise the issue of Tibet. We also urge the Government of India to reject One China policy," added Rinzin.

Tenzin Lobsang, SFT activist, told ANI: "We are here to unfurl banner action and we want to tell China and we are going to knock you out on 99 and we will not let you score 100. We are not going to give up till our last breath and this is the message for the whole world." 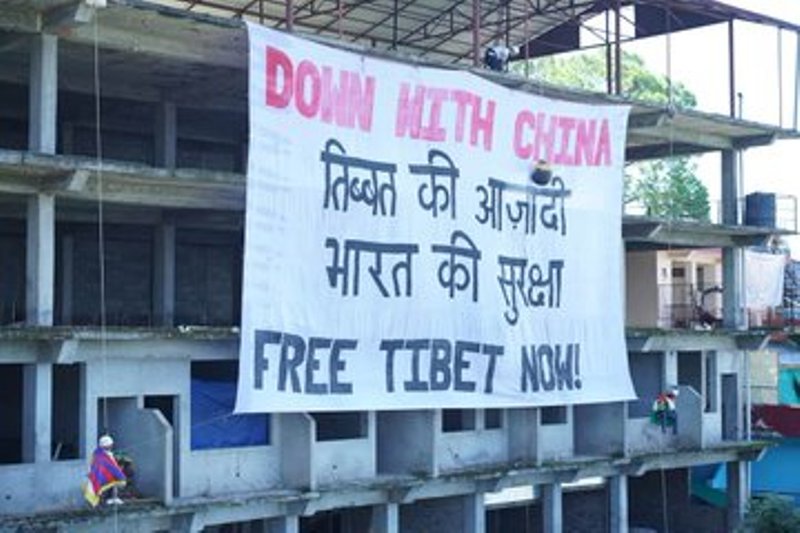 China has always claimed that Tibet is an integral part of the country.

However, Tibetan Government-in-Exile has always maintained that Tibet is an independent state which is under unlawful occupation.