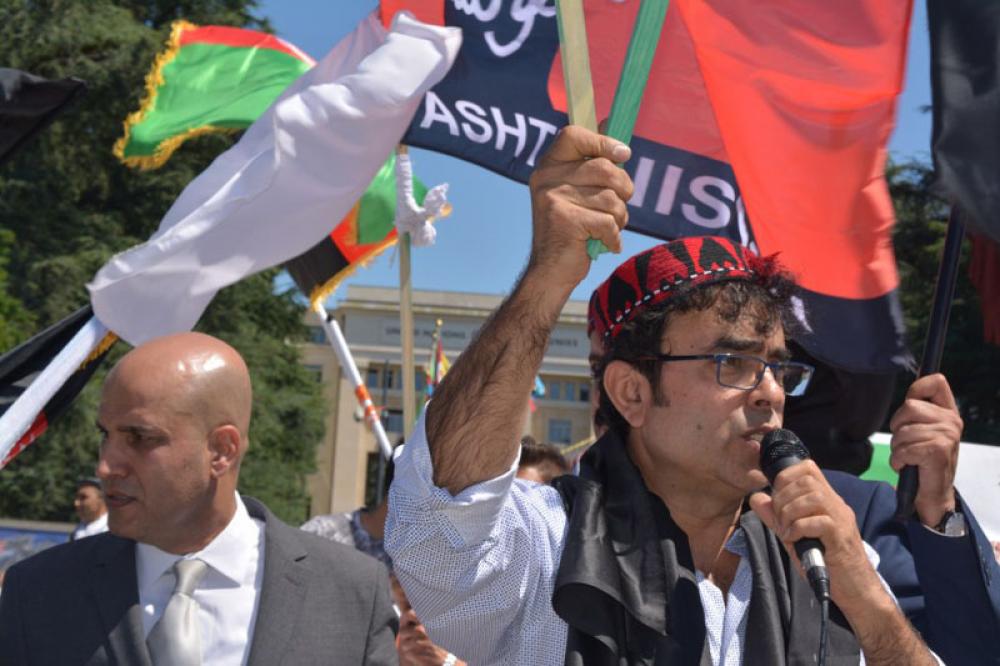 Paris: Speakers like prominent human rights activists from Balochistan and western analysts have accused Pakistan Army of being responsible for enforced disappearances, torture and killing of intellectuals, students and political activists in the country's resource-rich province in a recent virtual conference by a Paris-based rights group of the Baloch.

The Paris-based NGO, the Baloch Voice Association,  organised the virtual conference titled "Prevent Genocide in Balochistan and End Eliminations with Impunity" amid Covid-19 outbreak in the region and rest of the world.

"Right now I am talking from the Baloch missing persons family members camp in Quetta. Only last week many people went missing from different parts of Balochistan, particularly the students are becoming victims of enforced disappearances," said Mama Qadeer Baloch while briefing the virtual conference.

While accusing the Pak intelligence agency, the ISI, of these atrocities, Mama Qadeer Baloch said, "The Pakistani forces see Corona Virus conditions as being more suitable to whisk away people in Balochistan. Almost every family in Balochistan has at least one member missing, including females and children. We have a list of more than 350 females and 200 infants who are victims of involuntary disappearances".

Pakistan's ex-ambassador to the United States and author Hussain Haqqani said, "The Baloch people are small in number and the Pakistani forces are eliminating them steadily. Some say that this is a genocide of the Baloch. The only thing that can save them is the international recognition of their issue and international support," he added.

The Chairperson of Baloch People's Congress, Prof. Naela Quadri Baloch said: "Pakistan is an ideology of religious terrorism to loot the resources of people and dominate them. The genocide of the Baloch people is due to the occupation and division of the Baloch land."

She added, "The Baloch were ruling their land for centuries. The British made an agreement or a contract to the idea in 1947 to leave India. Those agreements endorse the sovereignty of the Baloch people on their land. Even the parts divided by the British also were meant to be given back to Balochistan."

In her briefing Prof. Naela said that Pakistan need their resources, which are being looting to feed its army. "But for Baloch land means mother land that is why the struggle to regain sovereignty of their land has been continuing for decades".

Italian journalist Francesca Marino in her speech said, "The genocide in Balochistan is being done silently."

She added, "A member of European parliament stated the fact that mass graves have been found in Balochistan, but later on we did not find any action by the European Union." 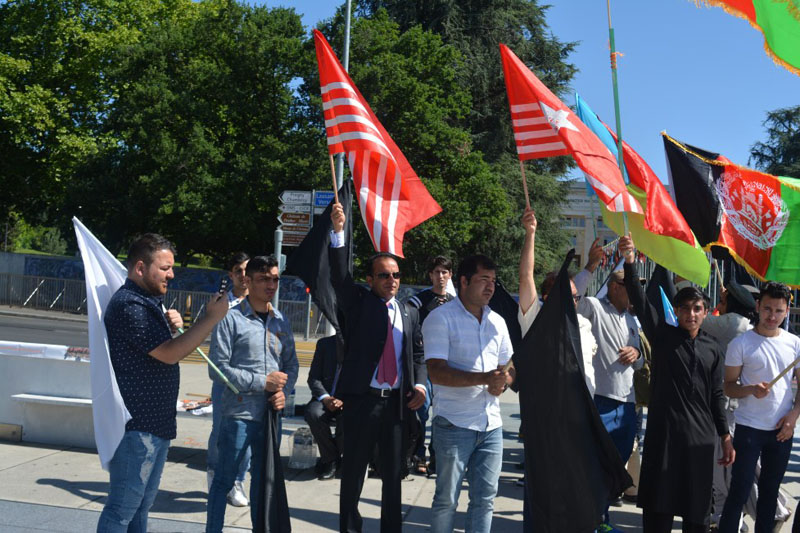 While talking about the death of Baloch Journalist Sajid Hussain in Sweden, Marino said that after approximately two month of his going missing, the dead body was found from Upsala river. Similarly another Pakistani Journalist Waqas Goraya was assulted, beaten and threatened in another European country. All this is being done for a strategic purpose, she said.

Claudia Wadlich, a German politician said, "I have been observing the Balochistan conflict for years and it is unnoticed because the Baloch do not have lobbying at the international level."

She added, "Balochistan holds a very important geo-strategic position and lots of resources, many are interested in that, but due to lack of structured lobbying all are silent and even have joined hands with Pakistan. For example, my country Germany is also exporting arms to Pakistan but as per the laws, Germany cannot sell arms to an aggressive state and army. Even the European Union is silent".

"Pakistan is playing with the USA for her strategic interests as China is already there. Therefore, USA is not noticing the abuse of rights in Balochistan. The strategic interest in that region has stopped many countries from intervening," Claudia said.

Waja Siddique Azad Baloch, who also joined the virtual conference, said that today the worst issue is the systematic abuse of human rights and the Baloch people are suffering torture and inhuman treatment.

He added, "The world knows that Pakistan army is notorious for making money through religious terrorism and even the world community has been its victim. Despite this the entire world is silent on the actions of the Pakistani Army.

"In Balochistan, Pakistan army is burning houses, waging military operation, killing Baloch youths, students, doctors, lawyers, businessmen and people from all walks of life have been victimised by enforced disappearances and extrajudicial killings."

Waja Siddique Azad Baloch is the grandfather of Baloch journalist Sajjid Hussain, who was killed in Sweden.

The event, moderated by the chief of Baloch Voice Association and political activist Munir Mengal, was attended by a large number of people, including journalists, NGO representatives and Baloch and Sindhi political activists