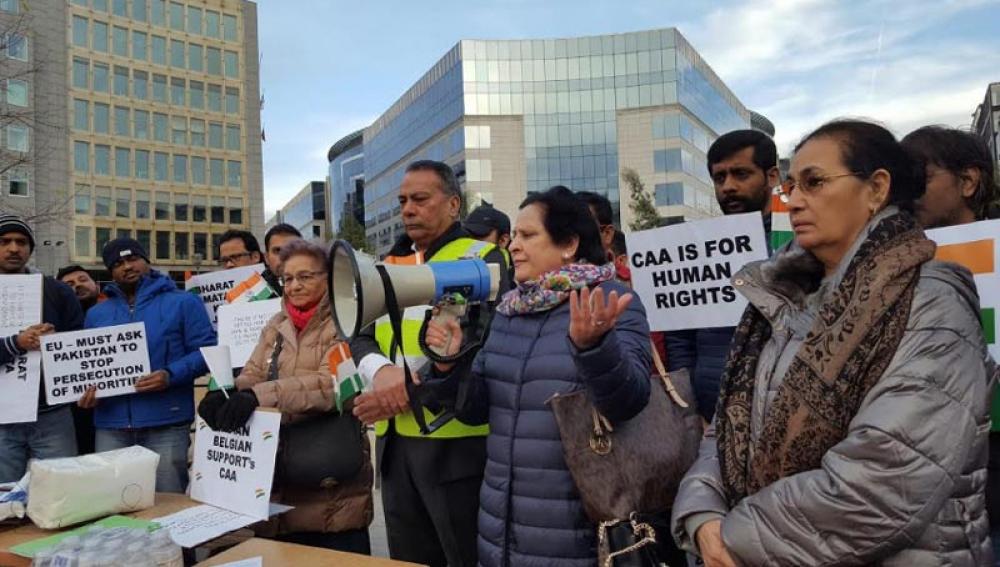 Belgium: The Indian diaspora in Belgium took to streets recently to protest the continuing atrocities on religious minorities like Hindus and Sikhs in Pakistan and made a strong case of India's recently passed  law that grants citizenship to non-Muslims from the three neighbouring countries of Pakistan, Bangladesh and Afghanistan.

In the Belgian capital Brussels, also the centre of European Union bodies, the diaspora people took out rallies on Feb 15 ahead of Indian foreign minister's visit to EU on Feb 17.

The Solidarity Rally in Support of CAA (Citizenship Amendment Act passed in India) at Schuman Circle,  near the European Commission and European External Action Service (EEAS), Foreign Ministry of European Union (EU), was attended by about one hundred participants including men and women, students, business community people and IT workers.

The presence was overwhelming despite warning of Storm Dennis (100 kms) from evening February.

Participants were carrying placards and banners in support of CAA and demanded EU to take action against Pakistan for persecuting religious minorities. 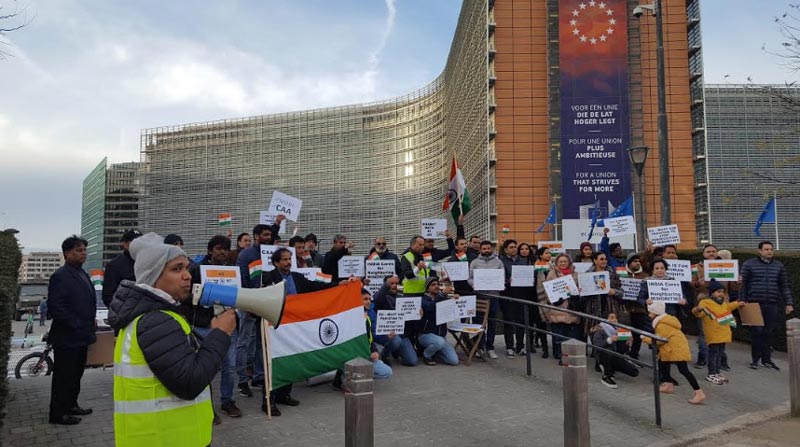 While the people shouted slogans in support of CAA, participants included representatives from Bangladeshi Hindu community based in Belgium.