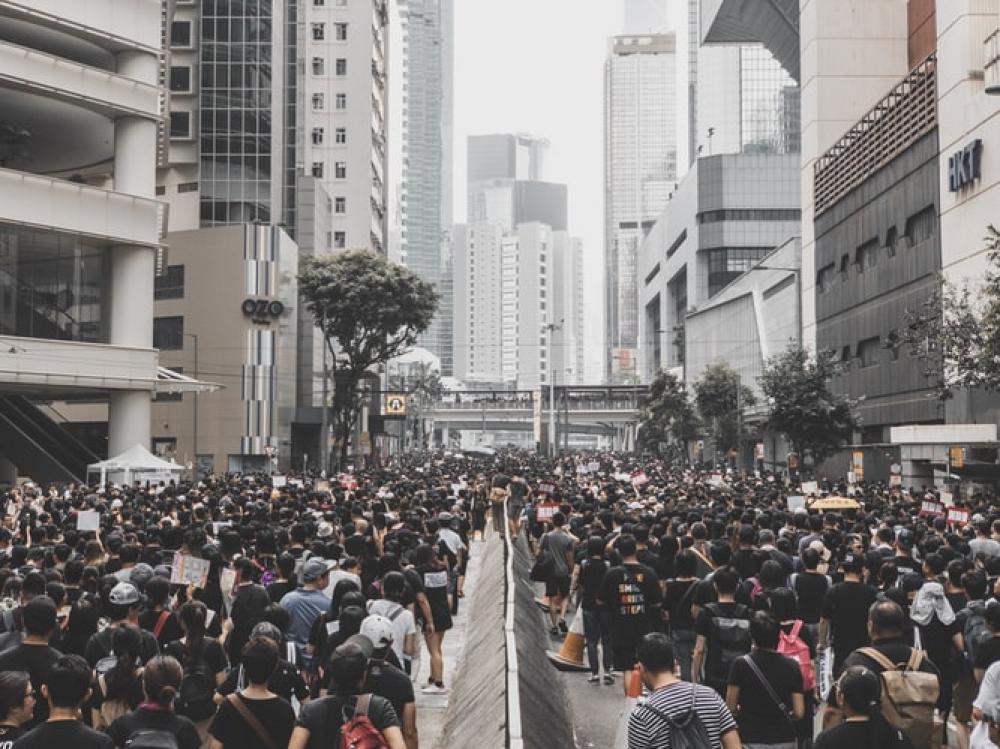 On Saturday, violent confrontations between police and activists erupted near government offices in the Admiralty district. The violence then spread to the districts of Mong Kok, Causeway Bay, and Tsim Sha Tsui and continued late into the night. The protesters tried to block roads and public transport links to the Hong Kong airport.


Police officers used tear gas and pepper sprays to disperse rallying people near Prince Edward metro station, the RTHK broadcaster reported.
The mass protests in Hong Kong initially began in early June as a reaction to proposed amendments to the city's extradition laws but over the months have grown into a full-blown opposition movement.


Although the Hong Kong authorities have announced the indefinite suspension of the initiative, the demonstrators continue to call for its complete withdrawal for consideration and demand the resignation of Chief Executive Carrie Lam, the retraction of the government’s classification of the violent clashes as riots, an independent inquiry into police violence and the release of everyone arrested during the conflict.