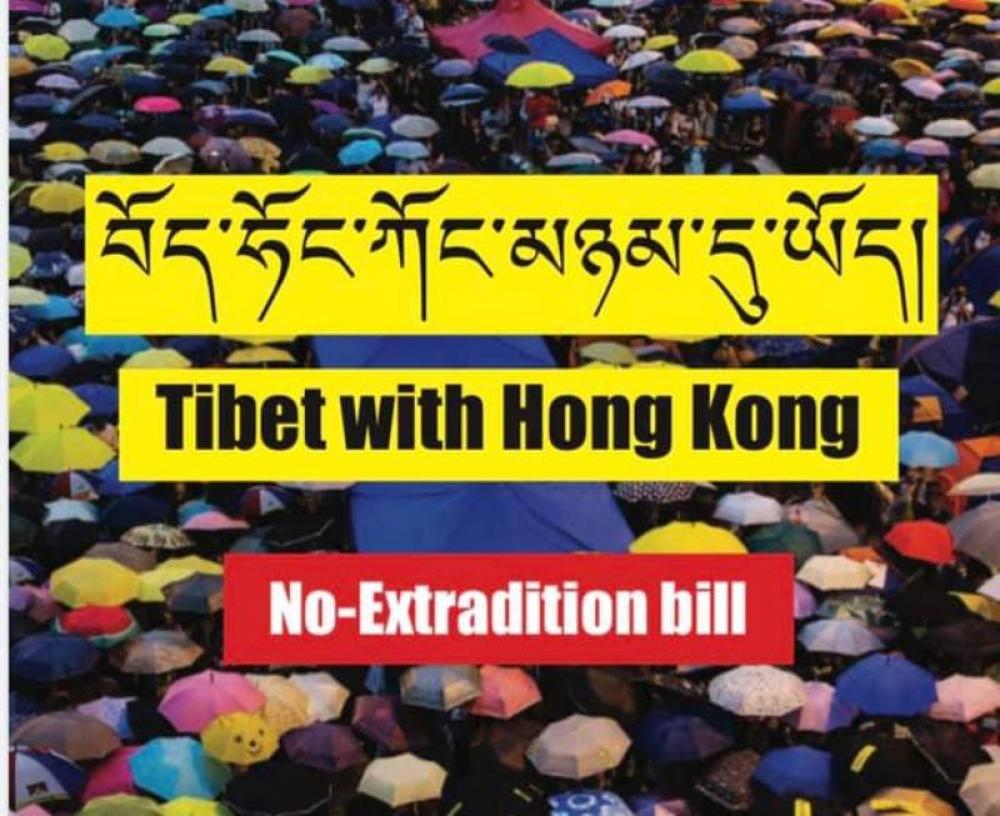 New Delhi: Tibetan people in India will participate in a rally in support of anti-China protesters in Hong Kong in the Indian capital city of New Delhi on Friday.

The rally will be held in the downtown Connaught Place at 3 pm, the organisers said.

The rally is being organised by the Tibetan Youth Congress.

Hong Kong has been witnessing anti-government protests for the past few weeks.

According to a BBC report, the protests were sparked by a now-suspended extradition bill that would have allowed Hong Kong to send criminal suspects to China for trial, but they have grown into a broader movement calling for democratic reform in the territory and an investigation into alleged police brutality against protesters.

The protesters say they are fighting to preserve the “one country, two systems” arrangement and a promise of freedom under which Hong Kong was returned to China as a specially administered region by the British 1997.

Who is Tibetan Youth Congress?

As per the Facebook page of the organization, the Tibetan Youth Congress (TYC) is a worldwide Organisation of Tibetans united in their common struggle for the complete independence of Tibet.

Tibet is a region covering much of the Tibetan Plateau in Tibet Autonomous Region, China. It is the traditional homeland of the Tibetan people as well as some other ethnic groups such as Monpa, Tamang, Qiang, Sherpa, and Lhoba peoples and is now also inhabited by considerable numbers of Han Chinese and Hui people.

China took control over Tibet in 1950.

The 1959 Tibetan uprising or the 1959 Tibetan rebellion began on 10 March 1959, when a revolt erupted in Lhasa, the capital of the Tibet Autonomous Region, which had been under the effective control of the People's Republic of China since the Seventeen Point Agreement was reached in 1951.

Armed conflict between Tibetan guerillas and the People's Liberation Army(PLA) had started in 1956 in the Kham and Amdo regions, which had been subjected to socialist reform. The guerrilla warfare later spread to other areas of Tibet and lasted through 1962.

The anniversary of the uprising is observed by Tibetan exiles as the ''Tibetan Uprising Day''.

In early 1959 during the Tibetan uprising,their spiritual leader (Nobel Peace Winner) the Dalai Lama and his retinue fled Tibet with the help of the CIA's Special Activities Division, crossing into India on 30 March 1959. He is based in Dharamshala in Himachal Pradesh since then.