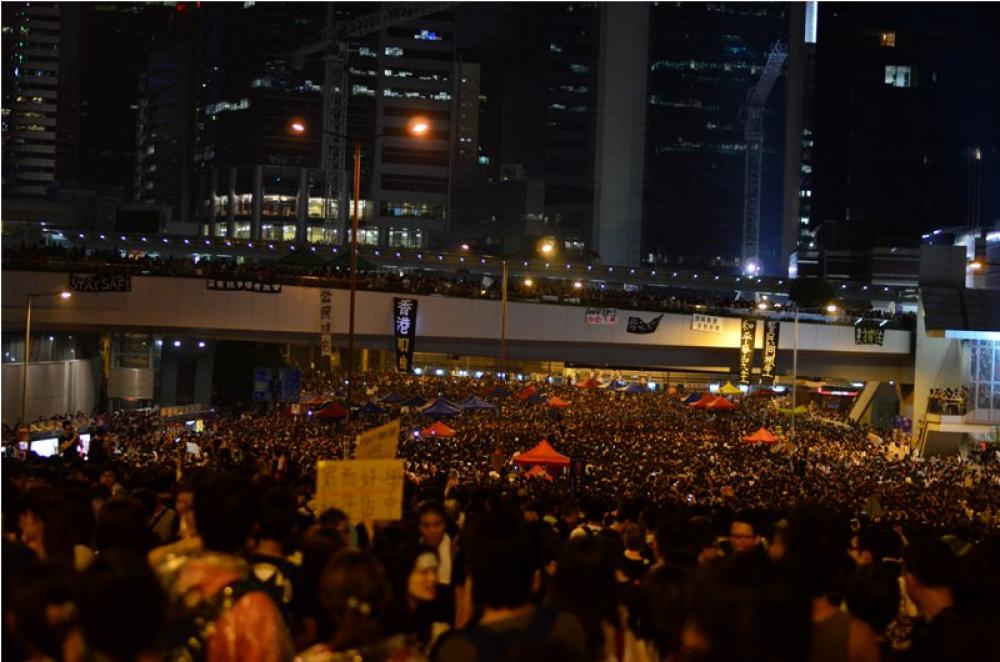 Hong Kong City, Aug 26: Hong Kong Police have said 36 people have been arrested over what it dubbed "violent protests" by pro-democracy activists which broke out in the region on Sunday again where cops even resorted to gunshot and use of water cannons to bring the situation under control.

Hong Kong police said 36 people had been arrested as a result of Sunday's protests, the youngest aged just 12, reported BBC.

Demonstrations were sparked by an extradition bill but have since morphed into broader anti-government protests, and developments on Sunday marked a serious escalation in the unrest, reported the British media.

Police said gunshot was fired only to warn the protesters.

Police have fired a live round and water cannons on protesters in Hong Kong in the latest escalation, as anti-government protests push into the 12th week. pic.twitter.com/WdoYCeif7m

Police said several of its officers were injured on Sunday.

In a statement on Monday, they said six officers had drawn their pistols and one had fired the warning shot into the air, reported BBC.

Man-Kei Tam, Director of Amnesty International Hong Kong, said in a statement earlier: "We saw how failure in political leadership inflamed tensions between protesters and the police in the past few months. The Hong Kong government must immediately withdraw the extradition law amendments, ensure the right to freedom of peaceful assembly and allow an independent investigation into the use of force by Hong Kong police against protesters."

Why is the protest going on?

According to BBC report, the protests were sparked by a now-suspended extradition bill that would have allowed Hong Kong to send criminal suspects to China for trial, but they have grown into a broader movement calling for democratic reform in the territory and an investigation into alleged police brutality against protesters.

The protesters say they are fighting to preserve the “one country, two systems” arrangement and a promise of freedom under which Hong Kong was returned to China as a specially administered region by the British 1997.

The former British colony’s handover to China in 1997 made it officially the Hong Kong Special Administrative Region of the People's Republic of China, or a special administrative region on the eastern side of the Pearl River estuary in southern China. With over 7.4 million people of various nationalities, Hong Kong, once a fishing village, is one of the most densely populated places in the world.

Hong Kong Island became a colony of the British Empire at the end of the First Opium War in 1842, followed by Kowloon in 1860 after the Second Opium War, and the modern territory was completed in 1898 with a 99 year British lease over the New Territories, which comprise 86% of Hong Kong's land.

Hong Kong maintains governing and economic systems separate from those of mainland China, under the "one country, two systems" designation.  Its people tend to identify as Hongkongers rather than Chinese.