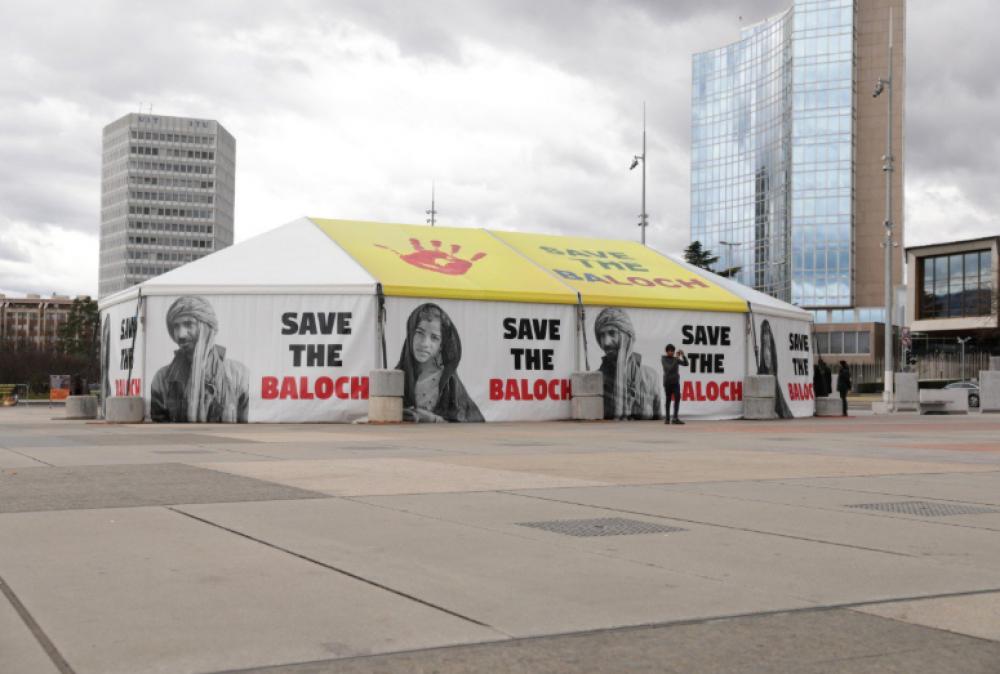 Geneva:  Baloch Human Rights defenders, activists, and their international supporters assembled in Geneva and adopted a resolution where they asked the international community to come forward and urge the government of Pakistan to refrain from the use of oppressive measures leading to human rights violations in Balochistan.

"The international community must come forward and urge the government of Pakistan to refrain from the use of oppressive measures leading to human rights violations against the Baloch. It must take immediate measures to ensure that the perpetrators of human rights violations within the Military, paramilitary and proxy organizations of these States to face justice," the resolution read adopted at the Broken Chair during the ongoing 40th session of the UNHRC.

In view of the human rights challenges faced by the people of Balochistan at the hands of the security establishment of Pakistan, and considering the vulnerable situation facing the Baloch as a national entity, a major conference was convened by the Baloch Human Rights Council – UK, entitled, “ Balochistan of Pakistan: the Human Cost” to highlight the plight of the Baloch people demanding international intervention into the 'unchecked and concentrated brutalities' being perpetrated against them by the state security forces of Pakistan for the last many decades.

Political and human rights activists from diverse backgrounds who attended the event expressed concern on the continuing 'state supervised human rights violations' in Balochistan and noted that the kill and dump policy adopted by the state security agencies in the area for the last two decades, has cost hundreds of precious lives.

The adopted resolution also aimed to 'draw the attention of international community towards the extra-judicial killings and enforced disappearances of the Baloch political and social activists by the army and its proxy death squads.

It urged the Secretary General of UNO to exert pressure on Pakistani authorities to end the brutal treatment and enforced disappearances of the Baloch social, political and literary figures and to abandon its inhuman “kill and dump” policy in Balochistan.

Through the resolution, activists expressed concern over the fact that being one of the richest land in the world, the people are Balochistan are among the poorest of the poor.

"This is because of the systematic disenfranchisement of Baloch and ruthless exploitation of their resources by Pakistani state in the benefit of Punjab under the pretext of various controversial mega-projects including the most recent and much hyped China-Pakistan Economic Corridor (CPEC)," read the resolution.

Balochistan is a region roiled by insurgency against Pakistan.

Several armed separatist groups are fighting for a free Balochistan, including the  Balochistan Liberation Army and Lashkar-e-Balochistan.