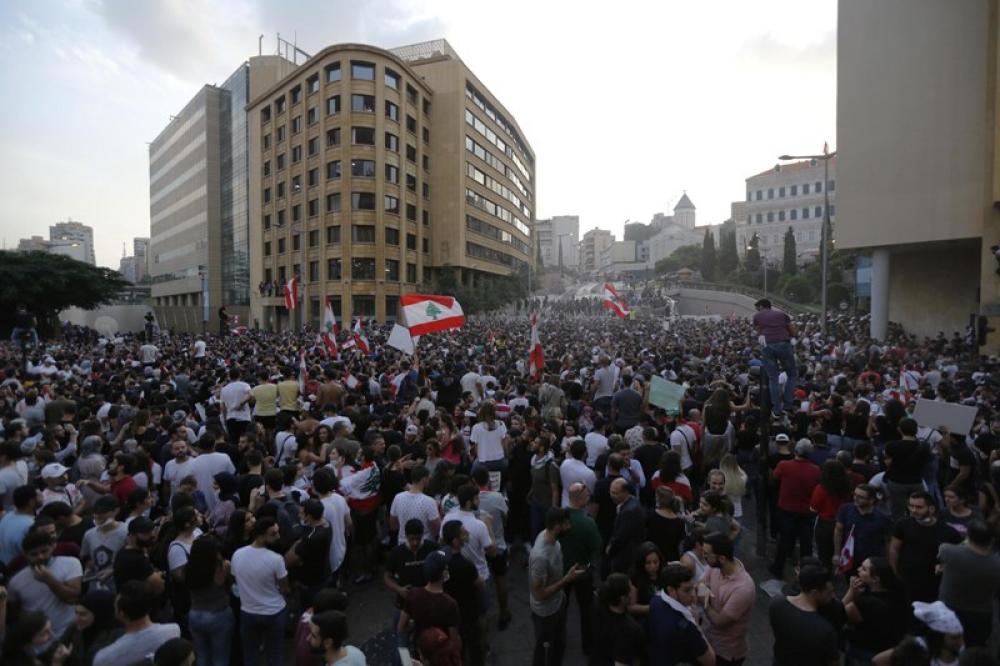 BEIRUT, Oct. 19, 2019 (Xinhua) -- People take part in a protest at a square in front of the Grand Serail in Beirut, Lebanon, on Oct. 18, 2019. Lebanese Prime Minister Saad Hariri gave political parties 72 hours to find a solution for the countrys crisis amid nationwide protests against the governments policies, local TV channel MTV reported Friday. Thousands of protesters demonstrated on Thursday and Friday, blocking roads all over Lebanon to protest against the governments policies. 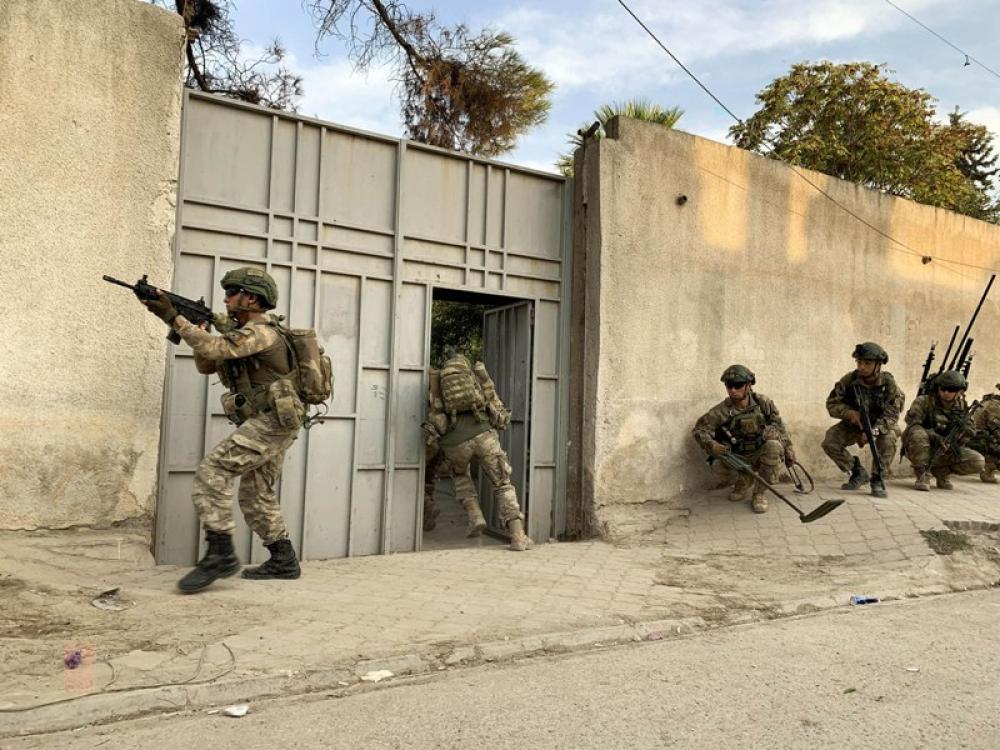 TAL ABYAD, Oct. 19, 2019 (Xinhua) -- The Turkish forces are seen in Tal Abyad in northern Syria, Oct. 18, 2019. Turkish President Recep Tayyip Erdogan said on Friday that Turkey expects the Kurdish militia to leave within 120 hours the safe zone to be established by Ankara in northern Syria. But we will see what will be the case in practice, he added, noting that Turkish forces will not withdraw from the region as part of the deal reached with the United States on Thursday in capital Ankara. 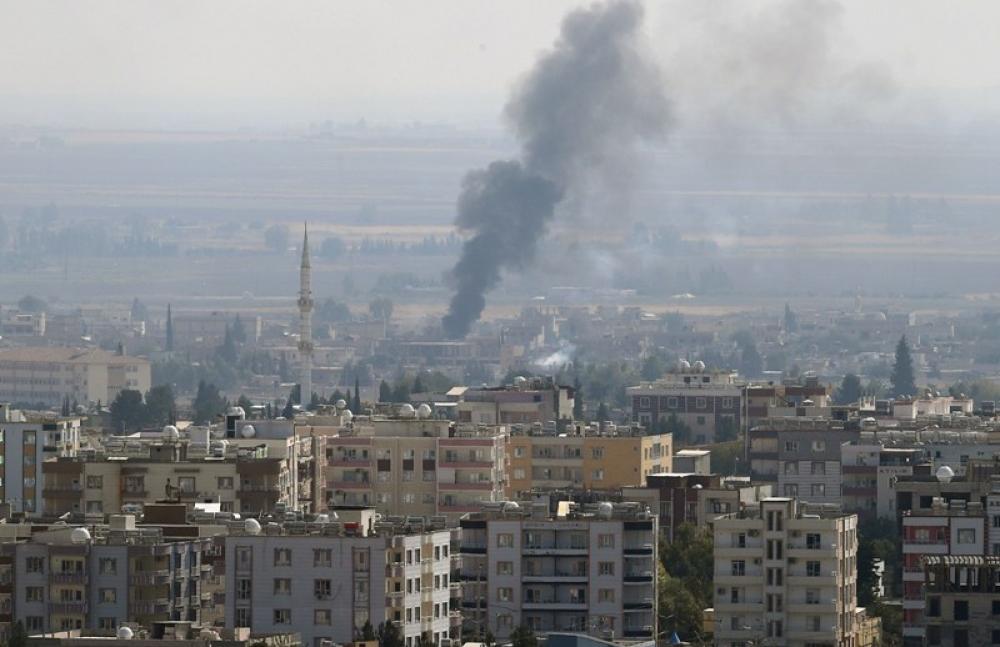 ANKARA, Oct. 18, 2019 (Xinhua) - Photo taken from Turkish border town of Ceylanpinar on Oct. 17, 2019 shows smoke rising from the northern Syrian town of Ras al-Ain during an attack launched by Turkish army. The United States and Turkey on Thursday reached an agreement on a five-day truce and the establishment of a safe zone in northern Syria, where the Turkish forces had been fighting against the Kurdish militia, following talks between the two sides in the Turkish capital of Ankara. Turkey will end the operation in northern Syria only after the YPG and PKK terrorists leave the area,; Turkish Foreign Minister Mevlut Cavusoglu said at a press conference in Ankara. 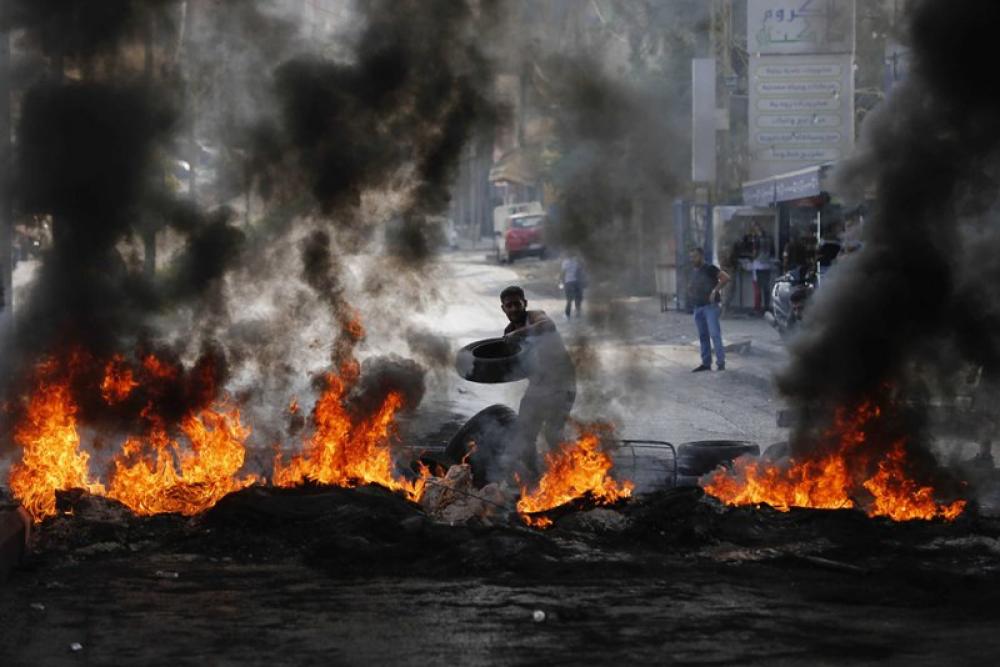 BEIRUT, Oct. 18, 2019 (Xinhua) -- A protester burns tires to block the road during a demonstration in Beirut, Lebanon, Oct. 18, 2019. Thousands of protesters continued to demonstrate on Friday and block roads all over Lebanon to protest against the governments policies, Al Jadeed local TV channel reported. Citizens chanted slogans against the government while accusing politicians of being corrupted and depriving people from their basic rights. Protests have been ongoing since Thursday evening, leading to 23 injuries among citizens and 60 among the Lebanese army. Photo by Bilal Jawich.