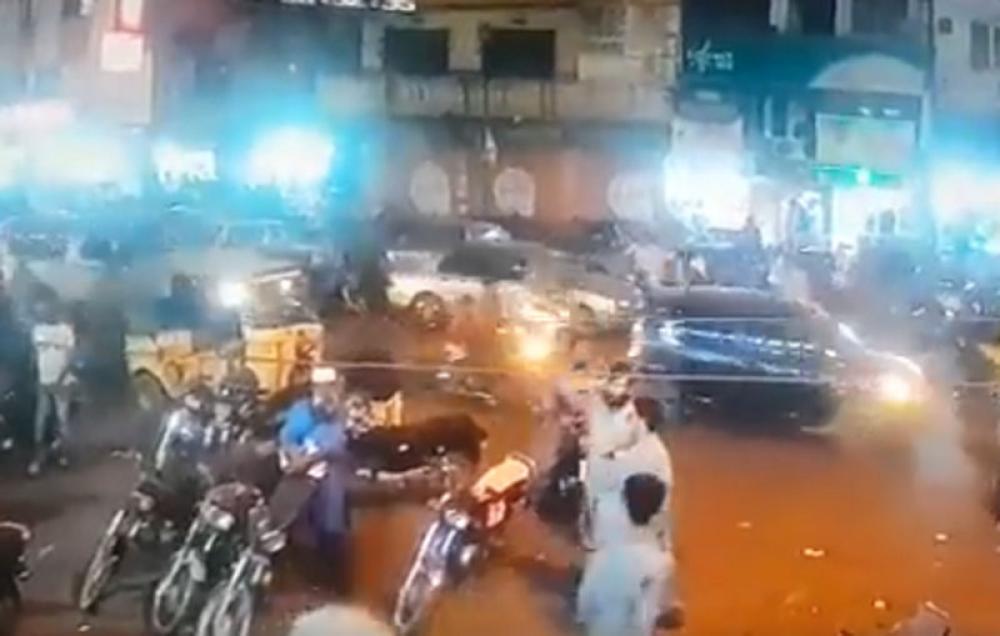 Karachi: At least one person died in a blast which rocked Pakistan's Karachi city on Monday, media reports said.

The blast occurred in the Kharadar area.

Apart from a woman, who died in the blast, several others were hurt in the incident.

Officials said that a police vehicle was the target as three policemen — including an assistant sub-inspector (ASI) — sustained injuries when an improvised explosive device (IED), planted in a motorcycle, was detonated near the mobile, reports Geo News.

The deceased woman was travelling in a rickshaw with her child when the blast occurred, the police told the news channel, adding that all the injured had been shifted to a nearby hospital.

A fire brigade reached the spot after the blast and brought the flames under control.