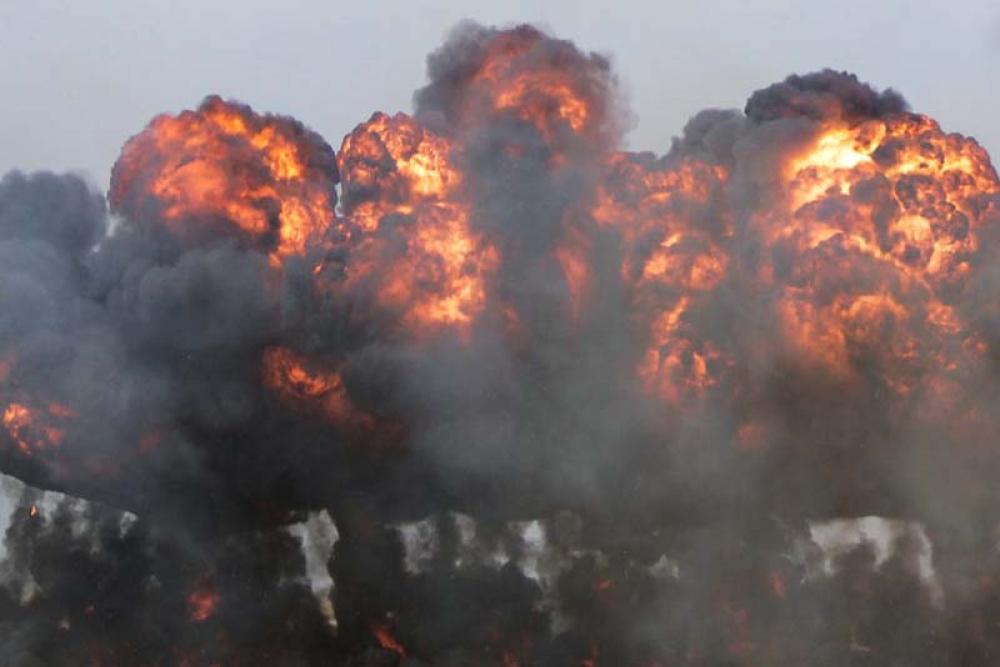 The wounded people were shifted to hospital for treatment.

According to police inspector Muhammad Mohsin, unidentified miscreants had planted an improvised explosive device in a motorbike that was parked on the roadside, reports Dawn News.

Assistant Commissioner Zakaullah Durrani told the newspaper that the explosion targetted a vehicle of the Anti-Narcotics Force.

Window panes of several houses and shops were broken due to the blast.

Chaman is a city located on the Durand line, the capital of Qilla Abdullah District, Balochistan Province, Pakistan.

It is situated just south of the Wesh-Chaman Durand line crossing with the neighbouring Kandahar Province of Afghanistan.