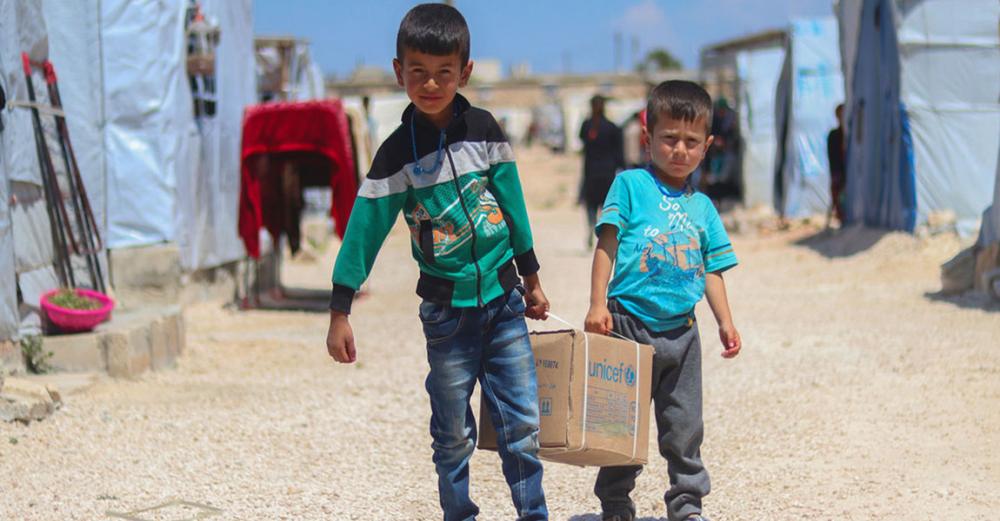 New York: With the deadline just hours away, the Security Council has failed on its third attempt this week to extend its authorization for lifesaving food, medicine and shelter to cross into northwest Syria from Turkey.

Meeting via video-teleconference on Friday, the Council took up a draft resolution – presented by Belgium and Germany – that would have kept humanitarian aid flowing through the Bab al-Salam and Bab al-Hawa crossing points until 10 January 2021.

Thirteen of the Council’s 15 members voted in favour, but the text failed to be adopted owing to the negative votes cast by China and the Russian Federation, who as permanent members wield a power of veto.

The Council was scheduled to discuss the stalemate during closed-door consultations immediately after the results of the vote – conducted by a special written procedure due to the COVID-19 pandemic – were announced.

Its current authorization for the cross-border mechanism, agreed at the last minute in January after lengthy negotiations, expires on Friday.

Belgium and Germany, the Council’s penholders on the humanitarian aspects of the Syrian conflict, had initially put forward a largely similar draft that would have extended the so-called cross-border mechanism, for a full year.

But it was vetoed by China and the Russian Federation on Wednesday, with delegations accusing each other of politicizing the humanitarian assistance that more than 11 million Syrians depend upon.

A competing draft resolution from the Russian Federation that would have authorized deliveries only through Bab al-Hawa until 10 January 2021, then failed to be adopted on Thursday as it lacked the required number of votes.

In his latest report to the Council on the implementation of the cross-border mechanism, UN Secretary-General António Guterres said that the deliveries through Bab al-Salam and Bab al-Hawa are not only operating at record levels, but must be further scaled up in response to the COVID-19 pandemic.

He recommended that authorization for both crossing points be extended for an additional 12 months, adding that a failure to renew would severe a lifeline from millions whom the United Nations cannot reach by other means.