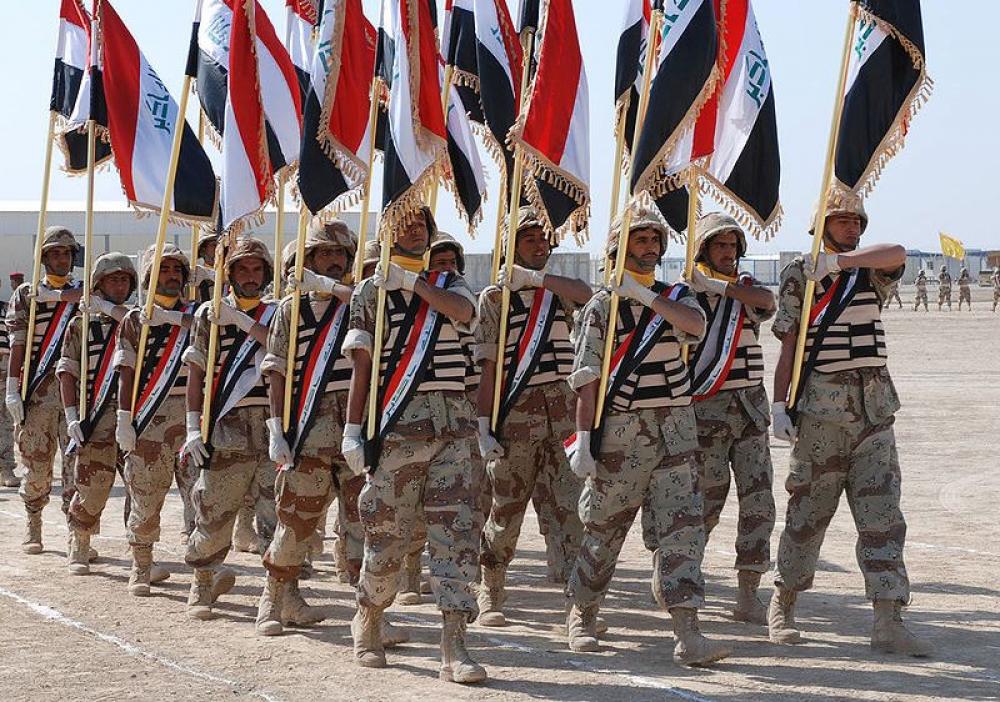 Baghdad/Xinhua: Two soldiers and two Islamic State (IS) militants were killed on Monday in an airstrike and a bomb attack in the Iraqi provinces of Nineveh and Diyala, Iraqi military said.

In one of the attacks, two Iraqi soldiers were killed and two others wounded when a roadside bomb exploded on their vehicle during an operation to hunt down IS militants near a mountain outside the town of Makhmour, some 100 km southeast of Nineveh's provincial capital Mosul, the media office of the Iraqi Joint Operations Command said in a statement.

Also in the province, a security force carried out an operation on an IS bomb-making site near Baquba, some 65 km northeast of the Iraqi capital Baghdad, which resulted in arresting three of the extremist IS militants, al-Saadi added.

The incidents came as the extremist IS militants intensified their attacks on the security forces, including Hashd Shaabi forces, and civilians in the formerly IS-controlled Sunni provinces, resulting in the killing and wounding of dozens.
-