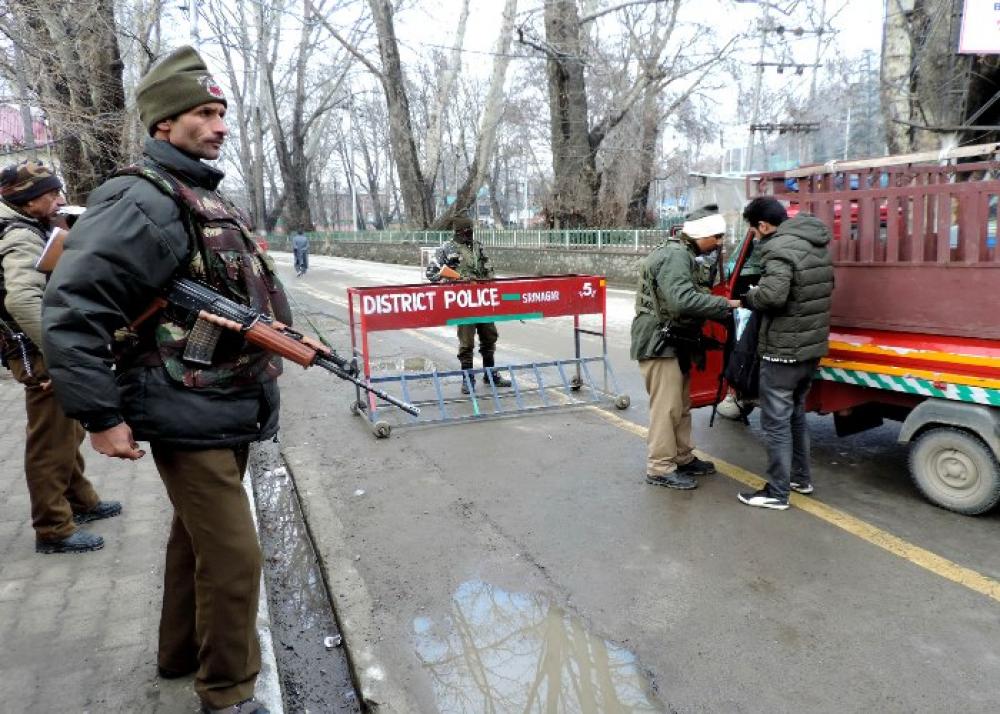 New Delhi: Electronic intelligence collected by the intelligence agencies have showed that social media handlers of the “The Resistance Front” or TRF, a new terror group to foment violence in Kashmir, are operating from Islamabad city in Pakistan, media reports said.

The Sunday Guardian reported TRF was nothing but a new name devised by officials at GHQ, Rawalpindi, for Lashkar-e-Tayyaba (Kashmir’s Resistance Front is Lashkar with a new name).

This has been done by GHQ and Pakistan’s spy agency ISI to carry out terror attacks in Kashmir, especially against the security forces, while escaping the eyes of the Financial Action Task Force (FATF) and the resultant crippling economic sanctions.

These attacks, as per the brain behind TRF’s birth, will be attributed to TRF, an “indigenous” group, reported the Indian newspaper.

A prominent Twitter handle “Resistfront” which was at the forefront of building TRF’s online presence on the popular social media presence, as per intelligence inputs generated by the agencies and seen by The Sunday Guardian, was being run from Islamabad through an iPhone. The IP address of the system, from which the handle was being operated, has been tracked by Indian agencies to a pin-pointed location of Islamabad.

After this ID was suspended by Twitter, a new ID—“valleyresisting”—was made. This, too, was traced to Islamabad and the user was accessing this ID by using internet service provided by Pakistan Telecommunication Company Limited, commonly known as PTCL.

Interestingly, the same ID was used from Ludhiana, Punjab, through Telnet, to hide its real location. Telnet is a network protocol used to virtually access a computer by sitting at a different location, reported the newspaper.

The handler of this ID was also active on Telegram messaging application through the ID Mark Anderson@greenwalur, which he was operating on an android phone.

The handler was using a virtual number (to hide his real location and identity), but the Indian agencies were able to pinpoint his location to Islamabad and his real identity.Another Twitter ID was then created by the name of “valleyresisit313” which was traced to Karachi; this too was suspended after a few days, the report said.

The exercise is designed to give terror in Kashmir an indigenious face to ward off international pressure, particularly from the anti-terror financing watchdog FATF, over Pakistan sponsoring Islamist terror groups and what New Delhi describes as its jihadi terror factories, reported the Indian newspaper.

This objective, a security official told the Indian newspaper reflected the choice of names for the Inter Services Intelligence’s recent terror initiatives such as The Resistance Front or the low-key JK Pir Panjal Peace Forum.

The report also claimed that Lashkar leaders formed the core of the TRF.