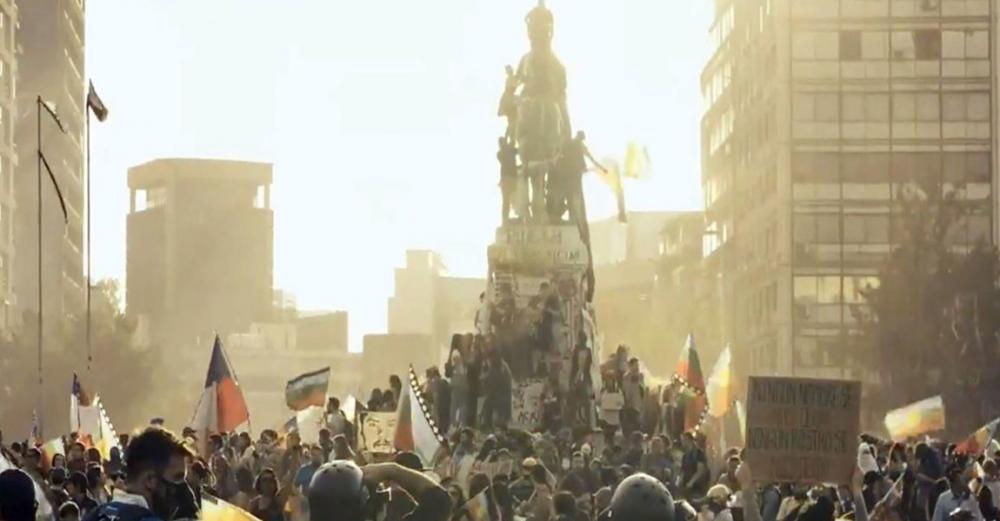 New York: During the recent mass protests which led Chile to declare a state of emergency, the Office of the UN High Commissioner for Human Rights (OHCHR) said in a report published on Friday that international human rights norms had been violated by both police and army personnel, which should be prosecuted.

The 30-page report based on research during the first three weeks of November, extensively details multiple allegations, including torture, rape and other forms of sexual violence by the police against people held in detention.

The leader of the UN mission, Imma Guerras-Delgado, told journalists in Geneva, that the overall management of demonstrations by the police “was carried out in a fundamentally repressive manner.”

When a student protest in October over subway prices turned into a nationwide movement against the Government, peaceful demonstrations swept across the country.

Although the great majority of detainees have now been released, official figures revealed that more than 28,000 people were jailed between 18 October and 6 December – many arbitrarily.

The research team conducted 235 interviews with victims and 60 others with police officers, including some of those injured during the protests.

“The police have regularly failed to distinguish between people demonstrating peacefully and violent protesters”, the report said.

Moreover, it documented 113 specific cases of torture and ill-treatment, and 24 cases of sexual violence against women, men and adolescent girls and boys, perpetrated by members of the police and army, while noting that the National Human Rights Institution had filed criminal complaints relating to hundreds of other such cases.

Citing the Ministry of Justice figures, the OHCHR report revealed that up to 10 December, nearly 5,000 people were injured, including nearly 2,800 police officers, but noted other sources had indicated higher number had suffered injuries.

Citing some 350 people with injuries to their eyes or faces, the report said that “alarmingly high number…provides a strong basis to believe that ‘less-lethal weapons’ have been used improperly and indiscriminately, against international principles on minimizing the risk of injury.”

It noted that while eye injuries mainly resulted from shotgun pellets, some cases were “due to the use of chemical irritants, in particular tear gas and, in some instances, from impacts from tear gas canisters.”

Pointing out that the authorities “had information regarding the extent of the injuries as early as 22 October”, the report maintained that those responsible failed to adopt timely measures to stop the use of less-lethal weapons.

“Prompt action by the relevant authorities could have prevented other people suffering serious injuries”, it spelled out.

“Immediately end the indiscriminate use of anti-riot shotguns to control demonstrations”, was one of the recommendations the report made to the Chilean State.

It also said that tear gas should only be used “when strictly necessary and never inside education and health establishments”, adding that police officers should receive clear instructions on proper use, and ensure that canisters “are always fired at a high angle and never horizontally, according to international standards.”

In its conclusions, the report observed that “multiple root causes, including social and economic inequality” had prompted the demonstrations and that the majority of protesters “have done so in a peaceful manner”.

The OHCHR report also upheld specific measures to rectify police practices and called on the Government to “ensure that security forces adopt measures to guarantee accountability for human rights violations, and duly recognize such violations.”

“Recognizing and learning from what happened, we should look forward in a constructive way,” said Human Rights High Commissioner Michelle Bachelet said.

The report also prescribed a follow-up mechanism, within three months, to evaluate the implementation of recommendations.

“This follow-up mechanism should aim to establish measures to prevent the recurrence of the sad and troubling events that have engulfed Chile over the past two months – especially as protests are continuing in different parts of the country, albeit with less intensity, and we continue to receive allegations of human rights violations”, concluded Ms. Bachelet, underscoring that the mechanism’s work “should be made public.”