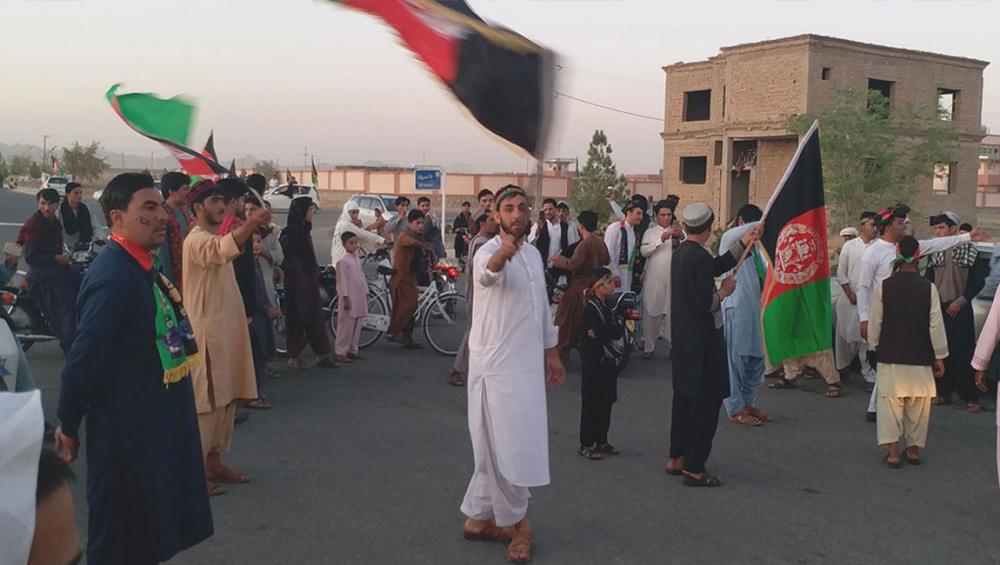 New York, Sept 11(JEN): The long Afghan conflict can only be resolved by “direct talks” between its own people, the chief of the UN Assistance Mission in Afghanistan (UNAMA) told the Security Council on Tuesday, underscoring that they must be inclusive and represent “the whole spectrum of Afghan society”.

“The events of recent days and weeks have shown, more than ever, the urgency of finding a political settlement to the long Afghan conflict”, Special Representative Tadamichi Yamamoto said.

He flagged that peace efforts over the past year have created hope, “but also fear for many”.

“They hope for an end to the conflict, but they also fear that peace might come at the sacrifice of freedom and rights, which the country has striven to protect and advance for the past 18 years”, he said, pointing out that “young women are worried about future restrictions to their participation in the socio-economic and political life of their country”.

Mr. Yamamoto spelled out that any political settlement must include a promise to “protect and advance human rights and fundamental freedoms for all who live in Afghanistan, including those of women, youth, and minorities as well as the freedom of expression and the media”.

The Council was meeting just days after months of direct talks between Taliban extremists, who controlled the country up to the allied invasion of 2001, and US Government officials, were declared “dead” by the US President, Donald Trump. The two sides had reportedly been close to a finalized peace deal, that did not directly involve the internationally-recognized Afghan Government.

The UNAMA chief told Council members that another important achievement over the past 18 years that needs to be maintained and promoted, was the institutional capabilities of the State.

He maintained that moving forward, peace efforts “need to address and bring about a reduction in violence and eventual ceasefire” and regional support remains “critical.

Elections due later this month

Afghans are due to head to the polls on 28 September, for what will be their fourth presidential election since 2001.

“Credible elections would provide an important political foundation for the future of the country as well as legitimacy and authority to the elected President”, Mr. Yamamoto told the Council, adding that this would be “particularly important” for the peace process.

Although UN advisors are working “hand in hand” with electoral management bodies and security institutions are collaborating with international partners, concerns over security, fraud and voter turnout remain.

In closing, he highlighted “the importance of advancing efforts for delivering peace; concretely the start of intra-Afghan negotiations”.

Citing past peace negotiations, he noted that “as the prospect for substantive talks becomes real, the challenges will become greater”.

According to Mr. Yamamoto, the final stages leading to the start of intra-Afghan talks require delicate handling and “cooperation from all of us”.

“The United Nations commends the efforts of all those concerned to bring about direct talks between the Islamic Republic of Afghanistan and the Taliban, and we in the United Nations will continue to assist such efforts”, he concluded.

The chief of the UN Office on Drugs and Crime (UNODC), Yury Fedotov, updated the Council on drug production, trafficking and transnational organized crime, which he said, “remains complex” across the country.

“Insurgents and other non-State actors control areas under opium poppy cultivation and are raising hundreds of millions of dollars”, he said.

The persisting challenges posed by illicit drugs, economic and financial crime, corruption, money laundering and terrorism financing “continue to undermine the stability of the country”, according to the UNODC chief.

Drawing attention to some positive advancements, UNODC and the Afghan government will release the 2019 Afghanistan Opium Survey in October and while the results are not yet finalized, opium poppy cultivation is expected to show a decrease from the record high levels in 2017 and 2018.

He flagged that UNODC is assisting the country in its pursuit of balanced, and health- and rights-centred responses to drug supply and demand. Mobile Detection Teams and Precursor Control Units have seized some 800 kilos of heroin, more than 1.2 tons of opium, nearly nine tons of hashish and over 7,500 litres of precursor acetic anhydride - an amount enough to produce more than three tons of heroin.

Afghanistan recently commemorated its 100th anniversary of independence, which was tragically marred by further terrorist attacks.

Mr. Fedotov welcomed “Afghanistan’s determination to stop such despicable attacks from derailing progress” and commended the Government for “establishing and co-chairing with Spain, the Group of Friends of Victims of Terrorism”.

“UNODC remains strongly committed to supporting Afghanistan to address the inter-linked challenges of drugs, crime, corruption and terrorism, and we rely on the assistance of the international community to help us carry out this essential work”, concluded the UNODC chief.

UNAMA/Mujeeb Rahman
The 100th anniversary of Afghanistan’s Independence was celebrated in Kandahar and across the country in August 2019 with hundreds of people taking to the streets with Afghan flags.