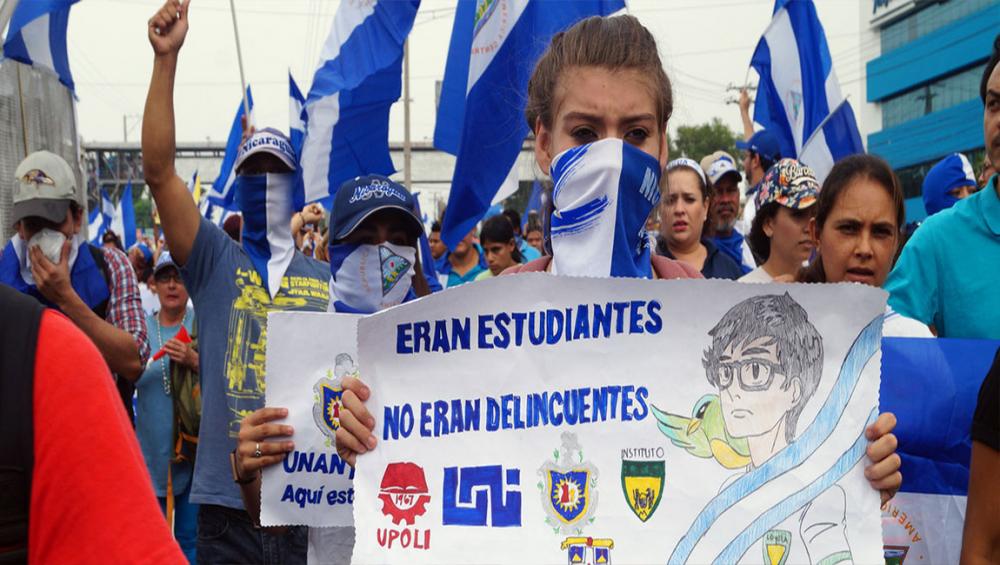 In her address to the Human Rights Council, Michelle Bachelet said that abuses have continued against activists who opposed social security reforms in the Central American state, more than 100 of whom are still in prison.

Last year, the High Commissioner’s Office highlighted reports of repression against protesters and “a climate of fear” that left hundreds dead and thousands injured.

Presenting an update on the situation, Ms. Bachelet told Member States that the number of rights violations had fallen since February, when both sides met to resolve their differences.

“Between August 2018 and July 2019, human rights violations continued to occur in Nicaragua,” Ms. Bachelet told the Human Rights Council. “However, since the end of February 2019, when the Government and the Civic Alliance for Justice and Democracy resumed their dialogue, the number of violations against life and personal integrity has decreased, proof that dialogue is a possible and peaceful way to overcome the crisis.”

An agreement between the authorities and the Civic Alliance for Justice and Democracy had also resulted in the release of 492 people - 452 men and 40 women - Ms. Bachelet said.

But she appealed to the authorities to investigate reports of murders and the torture of demonstrators who had taken part in the 2018 protests.

“It is a source of concern that, at the time of finalizing the report, my Office received corroborated information on some homicides and attempted homicides that took place between June and July 2019 mostly in the department of Jinotega and in the border area between Honduras and Nicaragua,” she said.

Freedom of expression had been restricted in various ways too, she added, from the closure of independent media outlets and the retention of their property and equipment, to the imprisonment of journalists for several months.

In addition, leading human rights groups have seen their legal registrations cancelled after being accused of supporting the 2018 protests, the rights chief insisted, while the right to peaceful assembly had also been impeded by the new police requirement for permits to carry out public gatherings.

Ms. Bachelet also noted that her Office had verified the arbitrary expulsion of university students critical of the Government and the unfair dismissal of doctors who treated injured people during the protests, as well as professors “not aligned” with the Government.

After describing the authorities’ actions in pursuing accountability for rights violations as “insufficient”, Ms. Bachelet pointed out apart from one individual who had benefited from a recent amnesty, her Office was “not aware of any other investigation, prosecution or conviction” against security forces or pro-Government armed elements.

“To date, the justice system in Nicaragua has not guaranteed accountability for serious human rights violations,” she added, while also noting an agreement by the Government to strengthen citizens’ rights had not been respected.

“The Government considers the negotiations to be over,” she added.

Artículo 66
“They were students, not criminals” reads a demonstrator's placard in Managua, Nicaragua. (file July 2018)