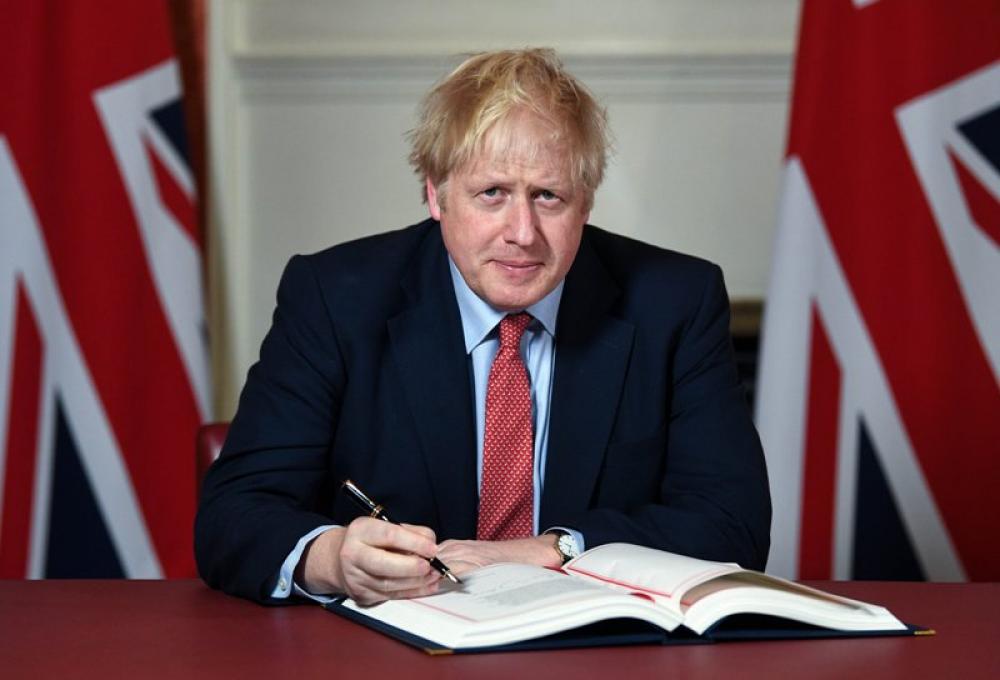 London: As more UK ministers continue to resign, Boris Johnson will step down as Conservative Party leader and Prime Minister on Thursday, media reports said, adding that he will continue in the office as a caretaker prime minister till October.

Sky News quoted a No 10 source as saying that Johnson has spoken to Tory 1922 Committee chairman Sir Graham Brady and agreed to stand down, with a new Tory leader set to be in place by the party conference in October.

This comes after three ministers submitted their resignations on Thursday.

It was only after 36 hours of becoming Education Secretary, Michelle Donelan resigned.

Prime Minister: this is not sustainable and it will only get worse: for you, for the Conservative Party and most importantly of all the country. You must do the right thing and go now. pic.twitter.com/F2iKT1PhvC

Since Tuesday evening, over 50 ministers have resigned Boris Johnson-led government, including Chancellor of the Exchequer Rishi Sunak and Pakistani-origin health minister Sajid Javid.

According to Sky News, Sunak and Javid's resignation prompted a flood of resignations from the government as Tory MPs said they could no longer support a leader who has lied over the appointment of deputy chief whip Chris Pincher, plunging the PM into further crisis.

Meanwhile, BBC reported that Johnson has spoken to Queen Elizabeth over the phone but the same was not confirmed by Buckingham Palace.

The Queen is at Windsor Castle and the Court Circular recorded that she held her usual weekly audience with Johnson by phone on Wednesday evening.

However, ITV's Anoushka Asthana reports that a conversation between the two has taken place on Thursday morning.

Breaking - the pm has just spoken to the queen. Told its a courtesy as staying as pm

According to BBC political editor Chris Mason, as Johnson resigns, a leadership contest for a new Tory leader will begin.

When that leader is elected - by around 100,000-ish Conservative Party members - Boris Johnson will tender his resignation to the Queen and she will summon the leader of the party that can assemble a majority in the Commons to ask them to form a government, he writes.

That leader will lead the Conservative Party and also become the new Prime Minister, he adds.

Following the news of Johnson's resignation, Labour leader Sir Keir Starmer welcomed Boris Johnson's intention to stand down as Conservative leader, and PM, adding he should have gone "long ago".

The PM's impending departure is "good news" for the country, he says, adding that Britain needs a "fresh start".

We don’t need to change the Tory at the top – we need a proper change of government.

We need a fresh start for Britain. pic.twitter.com/uMxRTomXX9

However, critics have already started questioning the sustainability of Johnson staying on until the autumn.